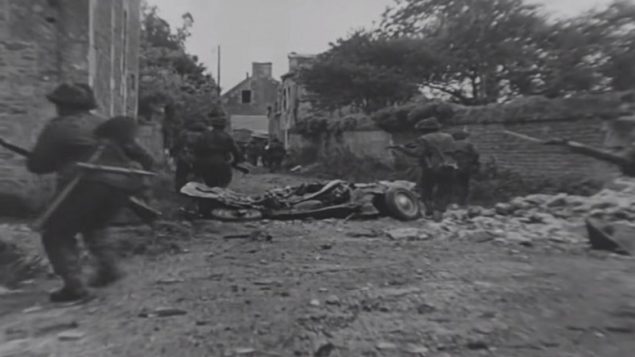 D-Day 75 : New “Heritage Minute” A quiet hero who gave all

The symbolic story of one Canadian on D-Day

D-Day, is billed as the greatest seaborne invasion in modern history. Yesterday Historica Canada has released another in their series of one-minute heritage films in time for this historic 75th anniversary of the landing on Normandy’s beaches.  Operation Overlord involved some 150,000 troops,  along with vast numbers of ships and planes was the prelude to the liberation of Europe from Nazi control.

The non-profit Historica Canada is dedicated to enhancing Canadians knowledge about important events and people in Canadian history.

This newest “minute” tells the story of the Canadians on D-Day but through the example and character of one particular soldier, Major Archie MacNaughton of New Brunswick. 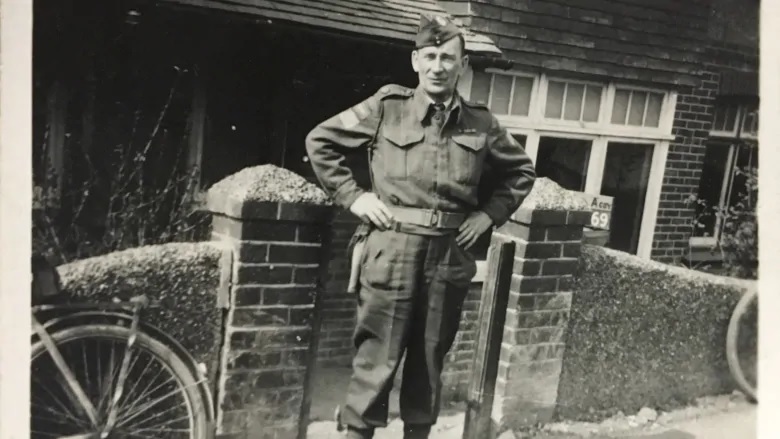 Maj. Archie MacNaughton enlisted at age 43, just shy of the age 45 limit. He never returned to Canada, giving his life on D-Day. (supplied, via CBC)

Maj. MacNaughton, a WWI veteran didn’t have to go to war. Signing up at age 43, a farmer with a family, his story was chosen as an example of the hundreds of thousands of quietly courageous Canadians who came from farms, villages and cities and went to war, many of whom never returned. 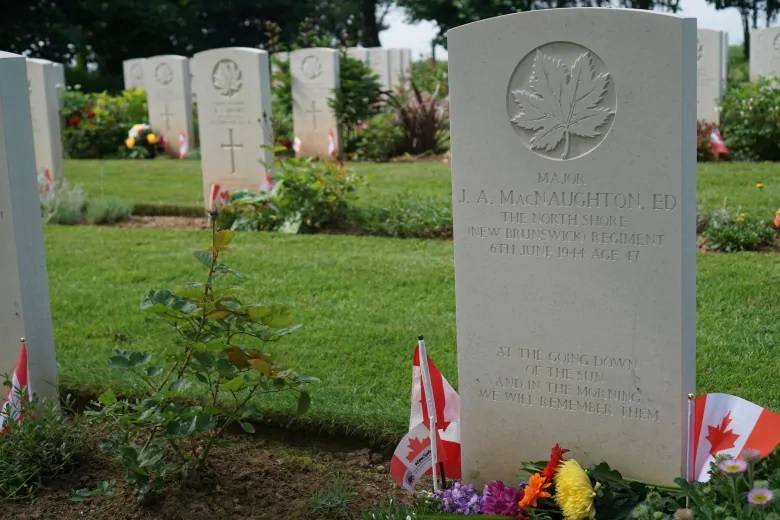 Maj. Archie MacNaughton was killed on D-Day at age 47 while leading his troops and is buried in the Canadian cemetery at Beny-sur-mer. (submitted, via CBC)

The idea of  the “Heritage Minutes” is not an attept to tell a complete story but to pique interest in Canadians to learn more about the events or people involved.  The idea was championed by philanthropist Charles Bronfman who said, “No society can be of merit unless it has heroines, heroes and myths. In Canada, while there were many, they had not been taught”.