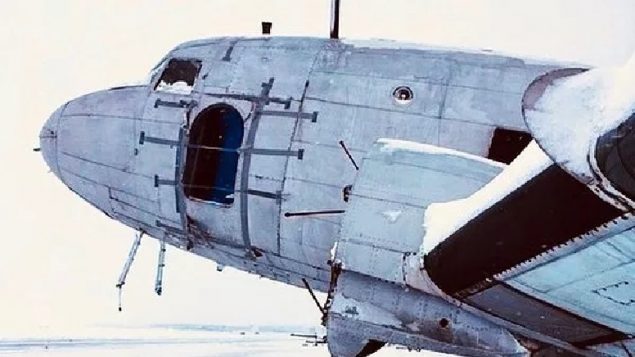 This D-Day C-47, long abandoned near Montreal, has been brought back to life and should be ready to fly again on the June 6th anniversary (Mikey McBryan-Facebook)

Another example of both aviation and military history which was close to being lost forever, is now being revived.

An ageing cargo plane which had been sitting neglected at airfield south of Montreal turned out to be not just any old DC-3, but a wartime C-47 with a daring military history.

Left sitting at a small airport south of Montreal, the plane had not flown for decades and was little more than a shell, but one with an important history. (Jason Howe)

Built in January 1944, with tail number 42-92541 and serial 12253 the Douglas C47A was first flown to Montreal, and then to England where it participated in both D-Day and later in Op Market Garden.  Late on June 5 and early on the 6th as it crossed the French coast, it dropped a few small bombs on the German defenders before the 17 paratroopers jumped. Sadly it is believed that several of the men the plane carried that morning were likely killed in battle.

Post war it was converted to a DC-3 passenger plane for Trans-Canada Airlines, and then later acquired by Transport Canada.

The plane was last flown about 30 years ago, and has been sitting neglected, with interior vandalised and bits stolen by souvenir hunters, engines gone and many controls rotted with age and exposure. 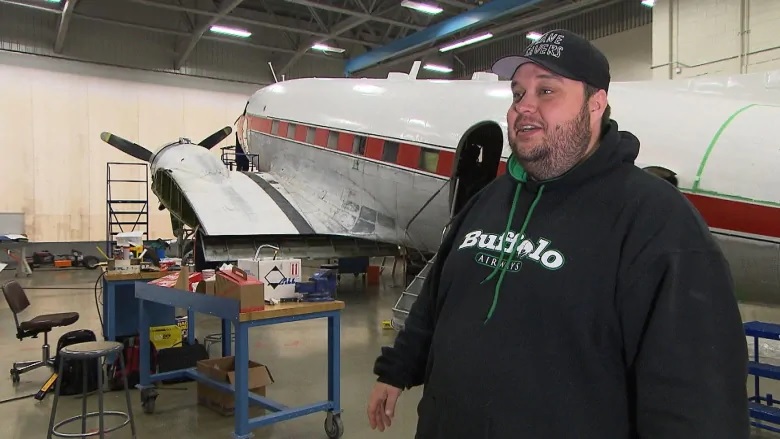 Originally purchased by an aviation enthusiast to restore, he ran out of financing and was looking for someone who could appreciate the historic plane and keep it in Canada.

A perfect fit was found when the hulk was purchased by Mikey McBryan of Buffalo Airways in Yellowknife.  Buffalo has a long history of restoring and flying heritage aircraft as part of their regular transport operation.

McBryan says, the plane needed extensive repair, but the Buffalo operation had many of the spares needed and lots of experience with such planes. 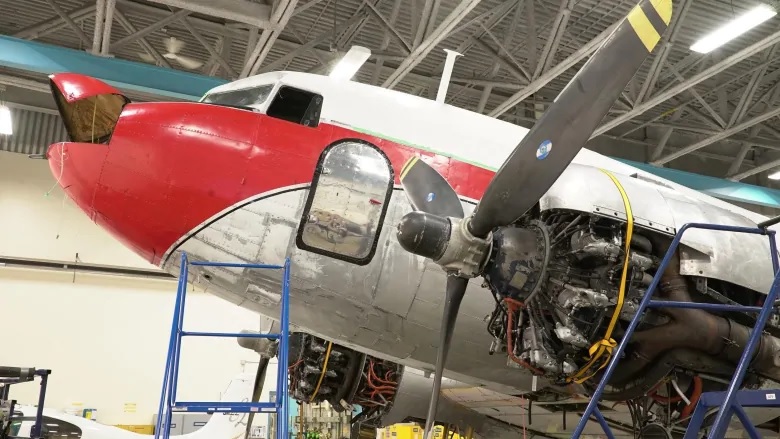 The aircraft is now almost completed and repainted to match its 1960s paint job when it was transferred to Transport Canada. It is hoped to take to the air on the 75th anniversary of D-Day on June 6 (Simon Martel/CBC)

With help from an aviation technical school, (Ecole nationale d’aerotechnique) His team began work in March, and the plane is almost ready with hopes to get in back in the air on the June 6th anniversary.