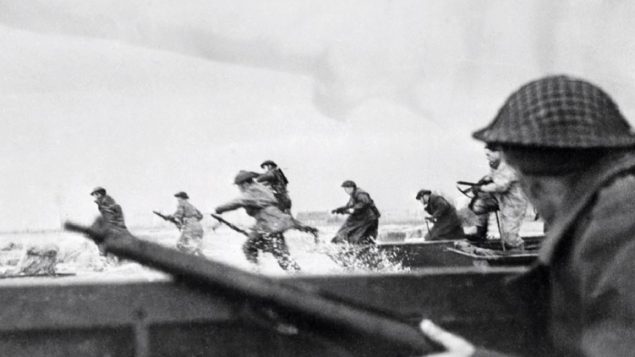 Photo from a Canadian film showing Canadian soldiers running toward the beach from the landing craft. Tragically, with heavy enemy gunfire, many would never make it to the beach, or off the beach.

As a prelude to the major ceremonies commemorating the 75th anniversary of the D-Day landings in Normandy, a group of Canadian soldiers is touring battlefields, monuments, and cemeteries of the fallen in both World Wars.

I spoke with Brigadier-General (ret’d) Ernest Beno an organiser of the commemorative tour and  Sgt. Daniel Musgrave (7th Toronto Reg’t Royal Canadian Artillery) who is visiting these sties for the first time. They spoke to me by mobile phone from France.

Late on June 5th, Canadian paratroops were among others dropped into France to disrupt enemy communications and transport lines, several hours prior to the landings on the beaches. 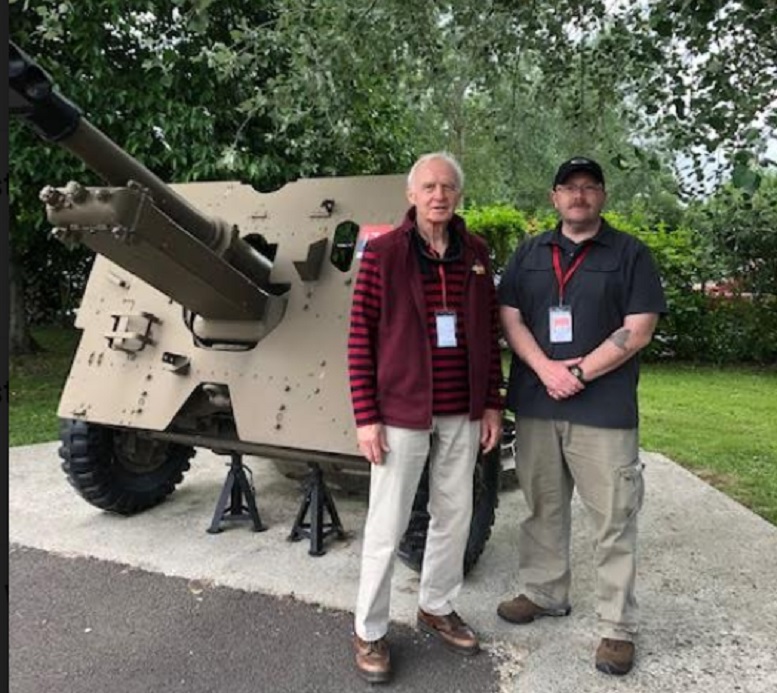 Although a nation small in population compared to Britain and the U.S, Canada was assigned one of the five landing beaches in the early hours of June 6, 1944,

The eight kilometre stretch was designated Juno and troops came ashore in daylight around 0800 amid heavy enemy gunfire. 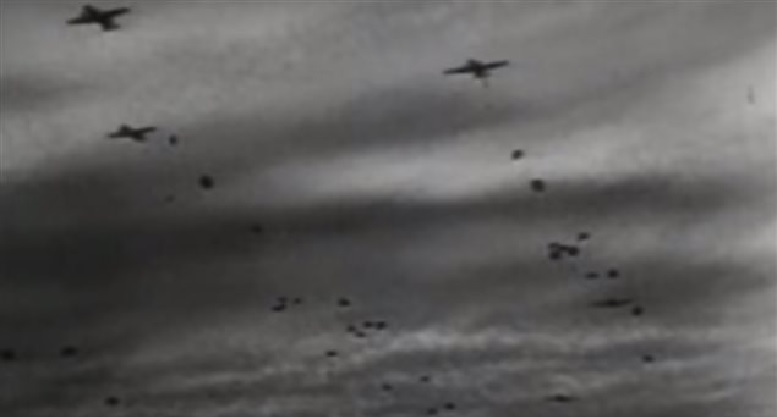 “Then we saw the five pillboxes on top of the sea-wall. These were our first objective. About 500 yards out, they had us in their sites of their small arms and began shooting. When the craft got into shallower water, the Royal Marines lowered the door. The three in front of me including Doug Reed were hit and killed. By luck I jumped out between bursts into their rising blood. Cold and soaking wet, I caught up to Gibby…the first burst went through his back pack. He turned his head grinning at me and said, “that was close, Dougie.”…the next burst killed him.” 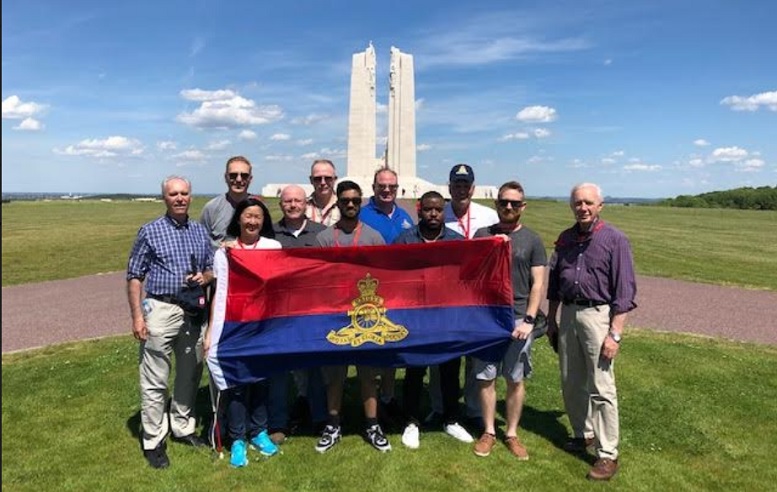 Vimy Ridge Memorial: Some of the members of the group of former and current Canadian soldiers with the Royal Canadian Artillery Flag who are touring Canadian battlesites prior to attending the 75th commemoration of D-Day at Juno Beach Normandy (supplied)

This year the group of mostly young regular force and reserve soldiers are learning and seeing up close, many of the sites where actions took place and of the sacrifice. As Sgt. Musgrave said, it’s both humbling and an honour to visit these places and provides an experience and understanding that cannot be fully expressed from books and teaching.

After visiting several WWI sites in the past two days, the group heads to the Normandy coast and the main D-Day commemoration at Courseulles-sur-mer at Juno Beach.

We will speak again with Gen. Beno in the coming days.