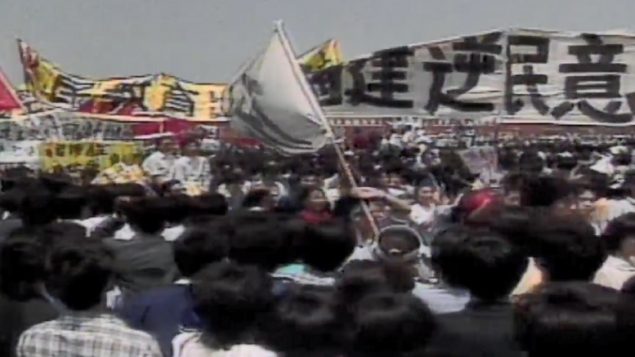 Huge crowds of protesters in the square with a joyous feeling that democratic reforms were possible. That feeling was crushed with the bloody crackdown ordered by Communist party hardliners. (from CBC)

It was a huge ad hoc protest for democratic reform in the spring of 1989 that the Chinese authorities brutally crushed.

China is the only place where the protest and subsequent massacre cannot be mentioned.  Indeed in a very rare occurrence leading up to the anniversary, a brief comment by China’s defence minister said the government of the day was “justified” in its action and that it was “correct policy”. 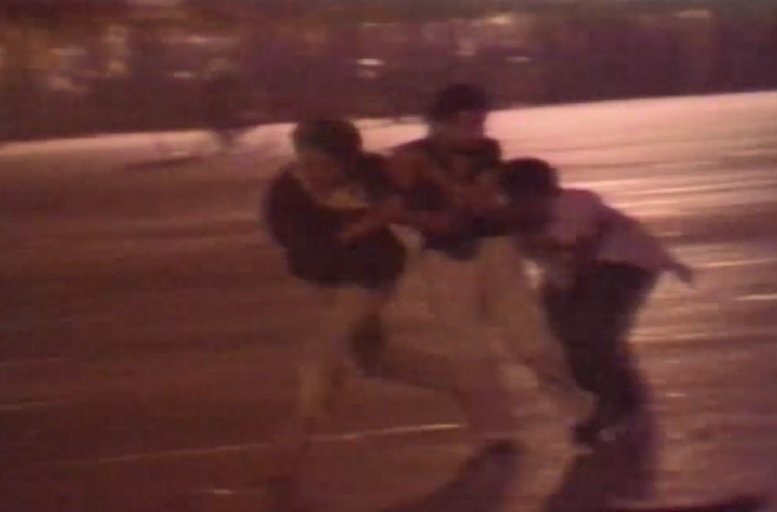 Students drag away a comrade wounded in the shoulder as crowds flee bullets and tanks entering the square iin the early hours of June 4, 1989 (via CBC News)

University students in China gathered and were clamouring for democratic reforms following the death of a progressive leader of the Communist Party, Hu Yaobang. His ideas for reform had inspired the youth of the country but had also alarmed the old guard who then had him removed from power two years before his death.

The thousands of student protesters grew to hundreds of thousands and more who gathered in a giant sit-in protest in Bejing’s huge Tiananmen Square seeking not the overthrow of the party, but reform. The protest lasted weeks and spread to intellectuals, factory workers, and many ordinary Chinese citizens. In addition to the gathering in the square, there were marches and other protests elsewhere in the country.

The hardliners in the Communist Party feared the calls for democratic reforms and the leaders at the time, Deng Xiaoping and Premier Li Peng, decided it must end and so sent the army in to use force to break up the protests in the square on June 3 and 4.

Soldiers shot hundreds, tanks rolled over people sleeping in the square. The death toll has never been revealed but is thought that it could be in the thousands.

China has erased all mention of the event from history books, media, everywhere. In the weeks leading up to the anniversary, there have been crackdowns and blockages on social media and the internet. There have been preventative arrests, and and increase in surveillance and security in Beijing and elsewhere..

A former Canadian ambassador to China, Guy Saint-Jacques says the same fearsof the past are felt by current leader Xi Jaoping which has led to strong new measures to prevent any similar protest or questioning of himself or the Communist Party.

Speaking to a French service of Canada’s public broadcaster (Reseau de l’Information-RDI) he said the regime has since taken extraordinary measures to control the population including 200 million surveillance cameras installed across the country, social media is closely monitored and anyone attempting to organise a protest is immediately arrested. 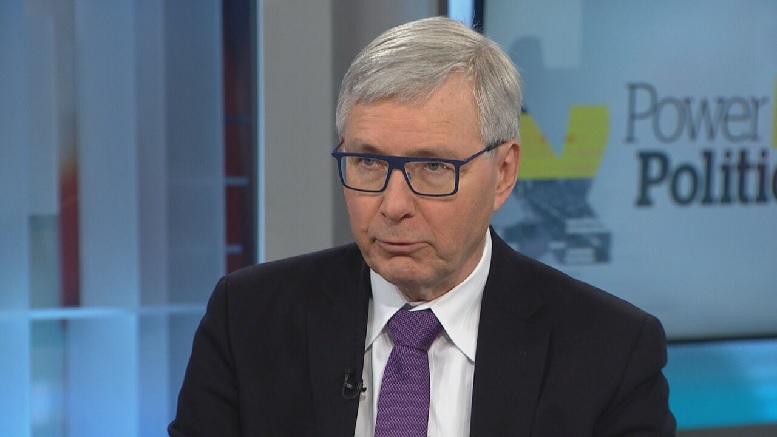 A former Canadian ambassador to China, Guy Saint-Jacques says control and monitoring of the Chinese population is greater now than ever. (via CBC Power and Politics)

He says that the effect of the attempted reforms of 30 years ago has been that in terms of personal freedoms, the nation has stepped backwards.

The Guardian reports that foreign journalists meanwhile have been prevented from entering the square and all visitors have their identification checked while major news sites have been blocked inside the country.