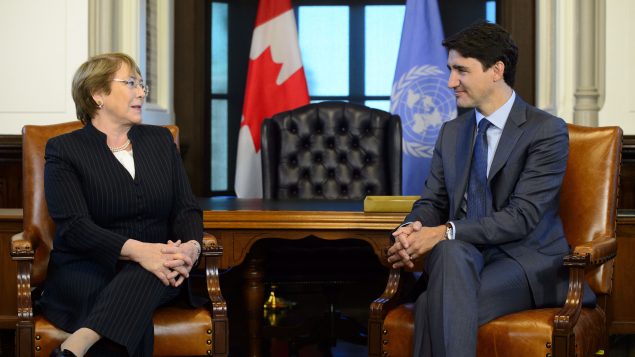 “The Prime Minister affirmed Canada’s continued support for the High Commissioner’s role in the promotion and protection of human rights, and underscored the importance of being a voice for the vulnerable and minority groups, including the LGBTQ2 community,” the statement said.

Trudeau and Bachelet discussed situations around the world “that are of particular concern” and “reaffirmed the importance of international cooperation to address emerging challenges to the multilateral human rights system and international law,” the statement added. 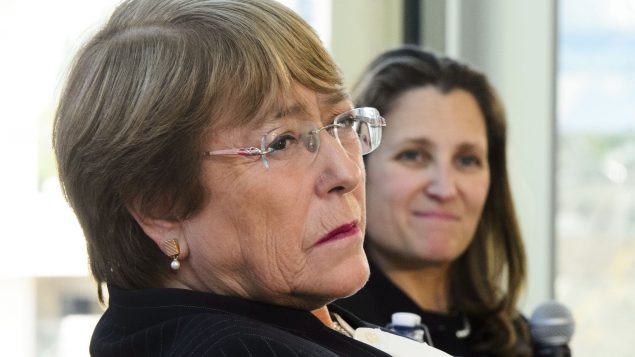 However, her visit to Canada came as the UN Human Rights Office is urging the federal government to probe the finding of genocide by the national inquiry into the Murdered and Missing Indigenous Women and Girls, according to CBC News.

“The national inquiry found reasons to believe that Canada’s past and present policies, omissions and actions amount to genocide, under international law,” UN spokesperson Ravina Shamdasani wrote in an email statement on Sunday.

“Given these findings by the inquiry, we call on the government to take steps for competent national authorities to assess these serious claims.”

“There is a pervasive pattern of inaction of the Canadian government in the face of unquestionable risks and injustices from the cumulative impacts of toxic exposures,” Tuncak said at a press conference on June 6, presenting the preliminary findings following his two-week visit to Canada.

“Indigenous peoples, the poor, children, older persons, workers, and people with disabilities are at grave risk of impacts on their human rights, compounded by a general inability to access justice that must be addressed.”