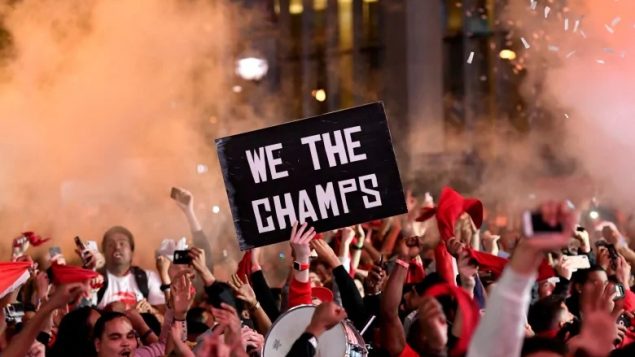 Toronto Raptors fans react inside Jurassic Park, outside of the Scotiabank Arena, in Toronto, as they watch the Raptors defeat the Golden State Warriors in game 6 of the NBA Finals to win the NBA Championship, on June 13th.(Nathan Denette/Canadian Press)

When the Toronto Raptors won the NBA championship last month, it set off a celebration the likes of which the country may have never seen before.

Oh, Canada has had its share of celebrations with the largest of parades always reserved for Stanley Cup champions.

But this celebration was for basketball, the sport of choice for the great majority of first and second-generation Canadians, people who have arrived here from around the world and–for the most part–simply don’t have the dough to play hockey. 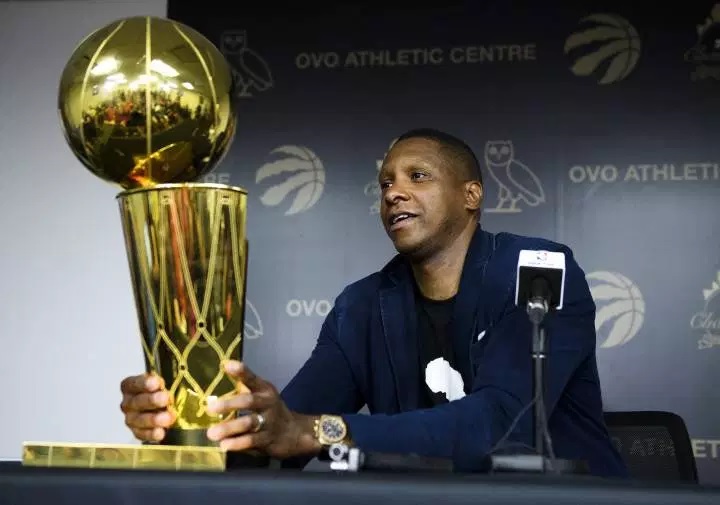 No, this celebration was something different.

I was unaware of how different it was until I read an op-ed piece last month in the New York Times by Toronto writer Omer Aziz.

(For insight about the importance of the victory for tens of thousands of people of colour in Canada’s largest and most cosmopolitan city, the link is here.) 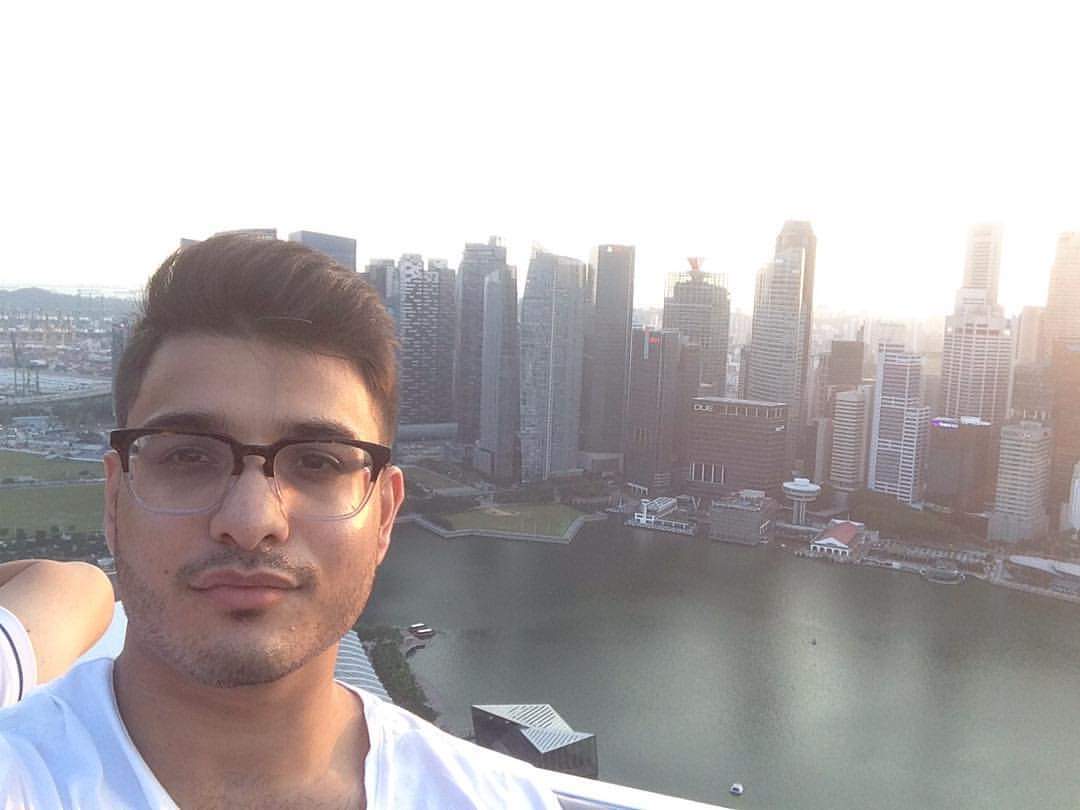 The Raptors’ victory was the first of any Canadian team in any of North America’s four major spectator sports since the Toronto Blue Jays won Major League Baseball’s World Series in 1993, the same year that marks the last time a Canadian-based team, the Montreal Canadiens, won the Stanley Cup.

Like a lot of other people, I got very excited about the Raptors.

The Raptors, I found, were a resourceful team, led by a couple of brilliant out-of-the box men: the president, Masai Ujiri, is from Nigeria; the coach, Nick Nurse, is from the American Midwest.

Their leader on the floor was a zen-master-of-a-player named Kawhi Leonard, who possessed the ability to bide his time until needed to propel the team to victory. 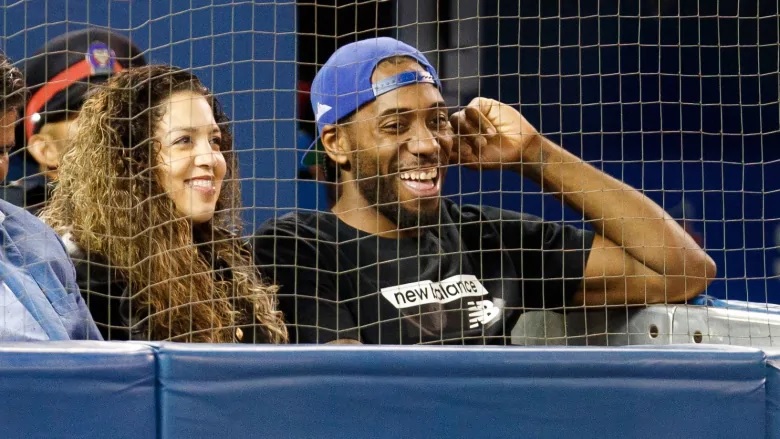 Toronto Raptors star Kawhi Leonard and his girlfriend, Kishele Shipley, attended a Toronto Blue Jays-L.A. Angels game at the Rogers Centre in June. Many consider Leonard the best basketball player in the world. It remains unclear if he will be returning to Toronto next season. (Mark Blinch/Canadian Press)

As someone who grew up around basketball in a suburb of New York City, I could pretty much relate to all this.

What I didn’t understand until I read Aziz’s piece was what the Raptors, comprised of players from around the world, meant to all those first and second generation Canadians living in Toronto.

I get it now, thanks to Aziz and his ability to share his insights.

I had the pleasure of speaking with Aziz by phone, a conversation I would very much like to share with you on this Canada Day.