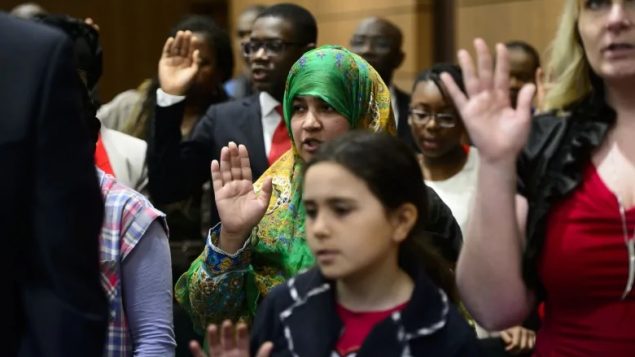 A new public opinion survey shows almost three out of four Canadians are concerned about their future and the future of their families but finds new Canadians much more optimistic.

The poll, commissioned by CBC News and carried out by Public Square Research and Maru/Blue, saw 4,500 Canadians interviewed online between May 31 and June 10.

It found 72 per cent of respondents worried or somewhat worried about the future. 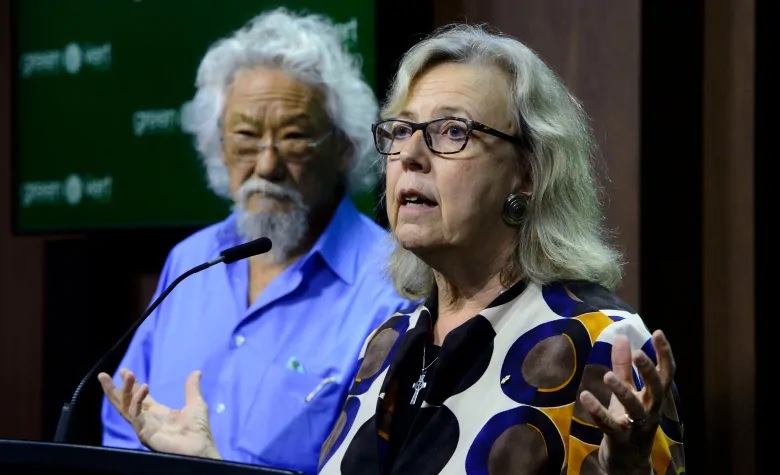 Environmentalist David Suzuki joined Green Party Leader Elizabeth May during a press conference on Parliament Hill in June. May’s Greens have made gains in the polls in recent months as Canada heads to a fall election. A new poll finds Canadians extremely worried about climate change. (Sean Kilpatrick/Canadian Press)

Optimism was higher among new Canadians with just under half saying they were optimistic or somewhat optimistic.

The poll, which comes as Canada heads to a general election in the fall, also found a great percentage of Canadians disillusioned with politics: 88 per cent said they feel politicians care more about staying in power than doing what’s right, while 47 per cent said no party represents what they care for most.

According to the poll, 34 per cent of Canadians say their vote won’t make a difference, but 95 per cent agree that voting is still an important duty.

The poll also found significant disillusionment among Indigenous Canadians, with 86 per cent saying that the country needs to do more for them (59 per cent agreed strongly).

That was significantly higher than the 69 per cent of Canadians overall who believe the country should be doing more for Indigenous Canadians.