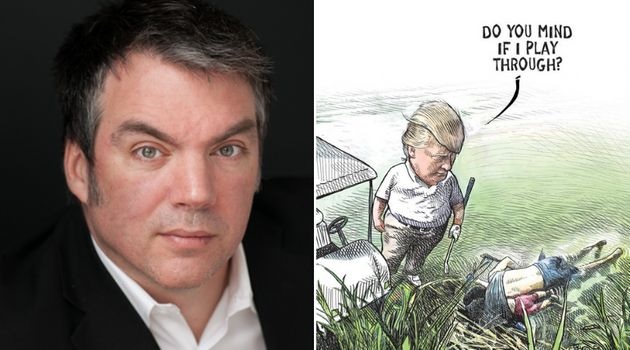 Things are getting just a bit crazy in the world of newspaper editorial cartoonists.

As we told you Tuesday, there was much controversy after a New Brunswick-based newspaper chain told a long-time contributor Michael de Adder to look elsewhere for work after he published a controversial cartoon of President Donald Trump at the southern U.S. border.

The newspaper chain, Brunswick News Inc. said the reasons de Adder was let go had nothing to do with his cartoon that shows Trump next to a golf cart, golf club in hand, standing over a drawing of the father and daughter who drowned trying to cross the Rio Grande river last week, asking, “Do you mind if I play through?” 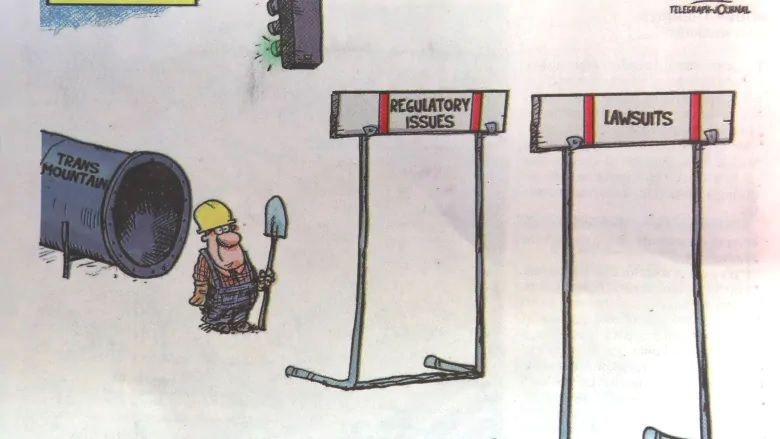 A cartoon by Greg Perry appeared in Wednesday’s newspapers even though he says he asked Brunswick News not to use any of his work anymore. (Greg Perry/Brunswick News Inc.)

In a statement, BNI, which is owned by the billionaire Irving family, said, “The decision to bring back reader favourite Greg Perry was made long before this cartoon, and negotiations had been ongoing for weeks.”

On Wednesday Perry said thanks but no thanks, he didn’t want the job.

In a statement to CBC News, Perry said the social media backlash after BNI parted ways with de Adder, then used his name in statements about the decision, has taken a toll.

“I don’t use social media, but person/persons who do have used it to essentially destroy my character and my cartoon work. 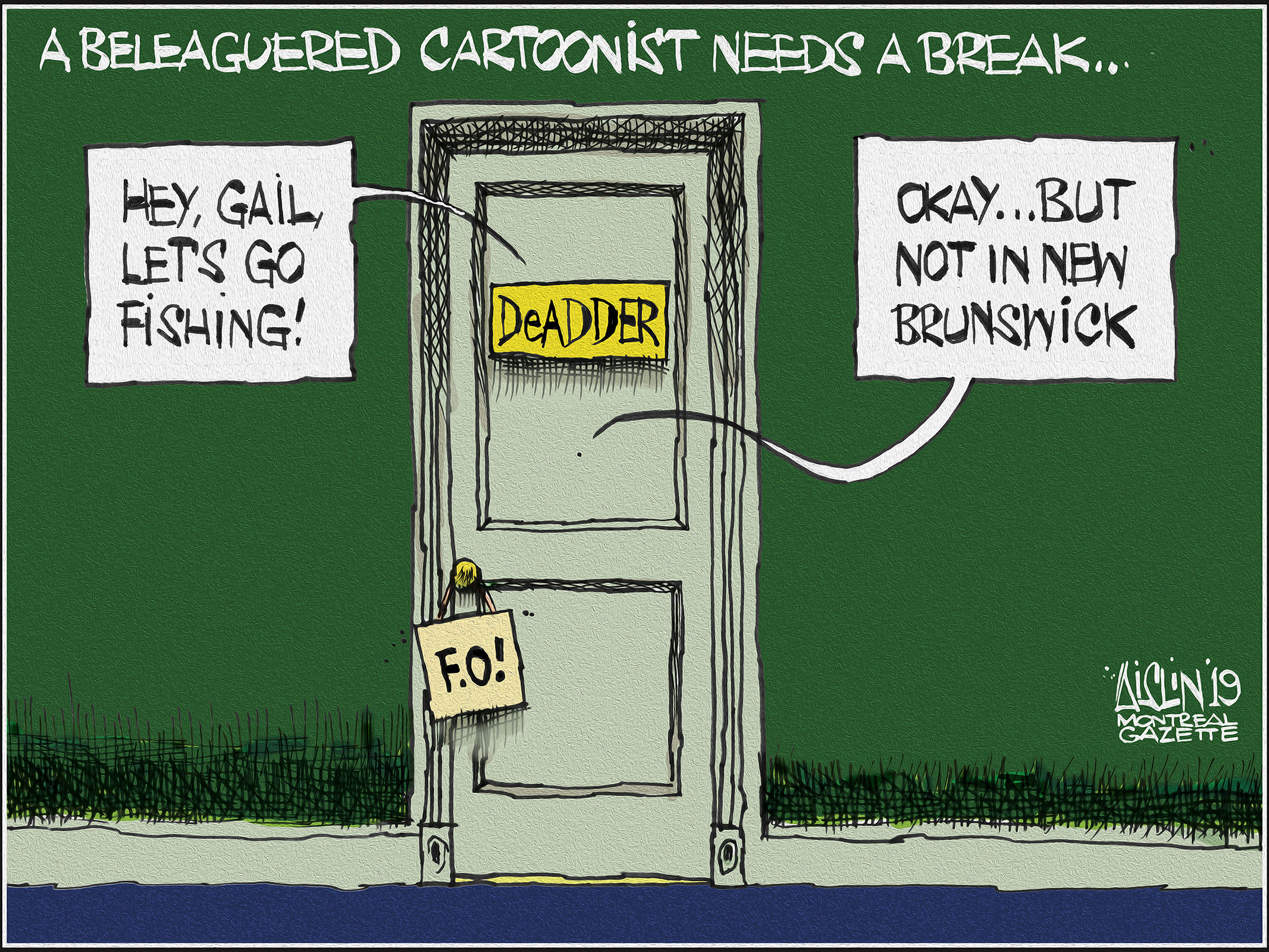 De Adder’s pal Terry Mosher, a.k.a. Aislin, weighed in on the controversy on his Facebook page on Thursday. For Mosher’s take on the whole thing, check the link at the top of the story entitled “As we told you Tuesday.”(Terry Mosher/Facebook)

“All this over a job that pays the same per month as a job at a grocery chain. I wouldn’t wish this on anyone.”

De Adder, meanwhile, has been guaranteed one cartoon a week by The Toronto Star, which was pretty much what he was getting from the paper before it made the announcement.