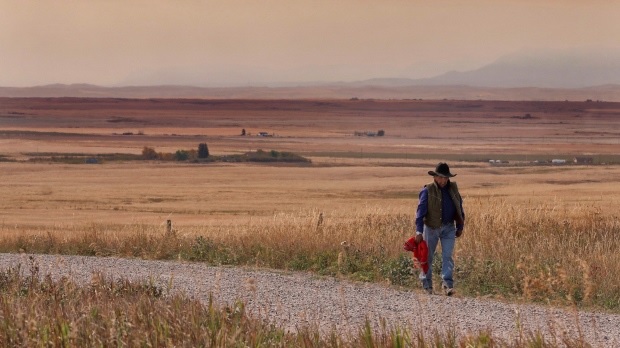 A resident of the Blood Reserve walks down a side road near Standoff, Alberta, in September 2017. The Blood Tribe's reserve is the largest in Canada, stretching 1,400 square kilometres across southern Alberta. It's bigger than the cities of Vancouver, Calgary and Montreal combined. (David Rossiter/Canadian Press)

The Blood Tribe, residents of Canada’s largest reserve, will receive $150 million by the end of the summer to settle an historic claim that the federal government destroyed the tribe’s cattle industry over a century ago. 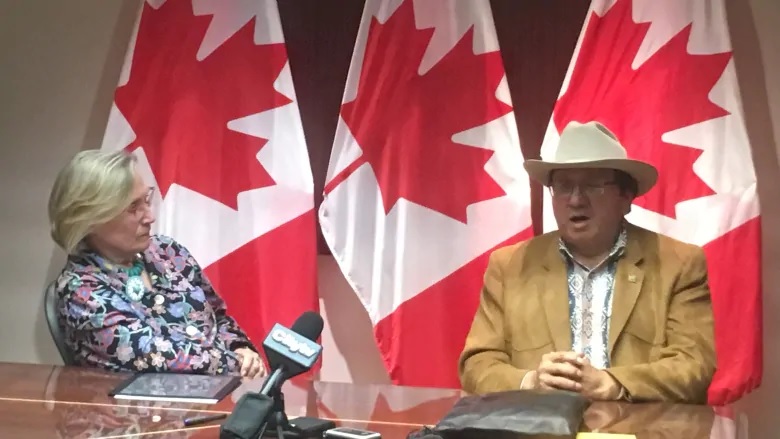 Chief Fox said $123 million of the settlement will be used for housing, capital works, a new administration building and a new skating rink.

He said $27 million will be distributed amount residents of the reserve.

The Blood Indians, also known as the Kainai, could also receive further compensation following a ruling last month that could add hundreds of square kilometres to the band’s 1,400 square-kilometre size.

Meanwhile in Nova Scotia, Premier Stephen McNeil announced that as of next Tuesday residential school survivors will no longer have to pay fees to legally change their name in the province. 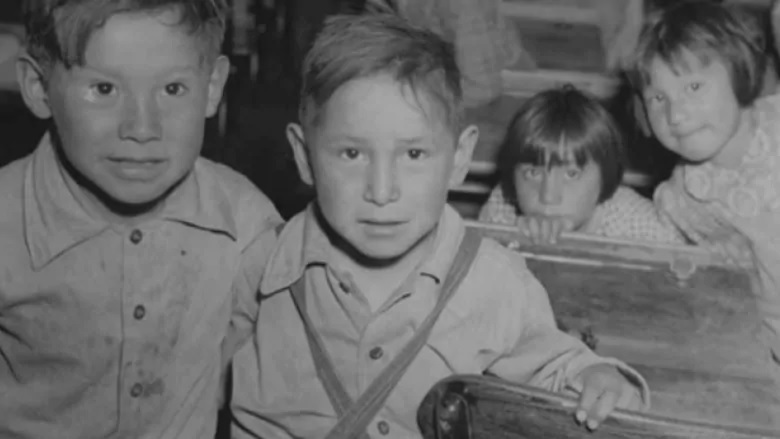 As of next Tuesday, survivors of Nova Scotia residential will no longer have to pay fees to reclaim their names. The fees are currently $165.70 and $24,95 for each additional family member. (United Church of Canada Archives)

“Their name, like much of their identity, was taken away from them,” said McNeil. “We need to make it as easy as possible if they want to reclaim their name.”

The change is a response to the Truth and Reconciliation Commission’s 17th call to action that recommends government waive administrative costs for a period of five years to allow residential school survivors to reclaim their names taken from while attending the residential schools.