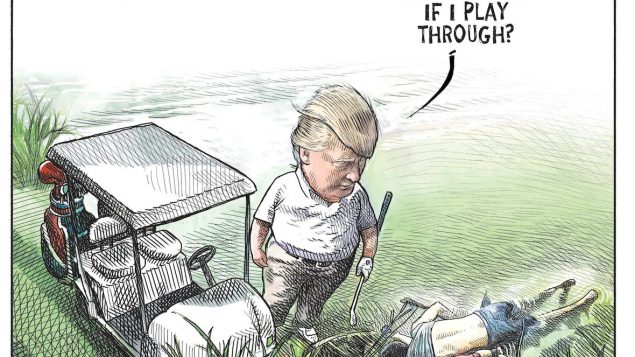 Controversy swirls after a cartoonist is fired

In case you might have missed it–and that in itself would be pretty hard to do–a Canadian editorial cartoonist has been let go by an East Coast newspaper chain, causing heated reactions–pro and con–across North America.

News cycles are notoriously short-lived these days but–still–how often does a Canadian story make the supper-hour show on CNN, the New Yorker and have Star Wars actor Mark Hamill refer to its centrepiece as “Pulitizer prize-worthy”?

It’s been an extraordinary week for New Brunswick-based cartoonist Michael de Adder since he posted a cartoon of Donald Trump at the southern U.S. border last Wednesday. 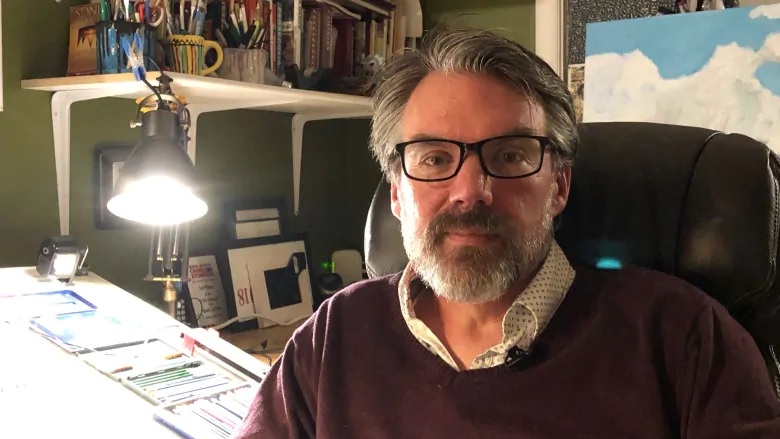 Cartoonist de Adder says he was never explicitly told why his contract with the Irving-owned Brunswick News Incorporated was ending. (Mairin Prentiss/CBC)

The cartoon shows Trump next to a golf cart, a golf club in hand, standing over a drawing of the father and daughter who drowned trying to cross the Rio Grande river last week, asking, “Do you mind if I play through?”

On Thursday, the cartoon went viral.

On Friday, de Adder announced on social media that one of his employers, Brunswick News Inc., had told him he should find work elsewhere. 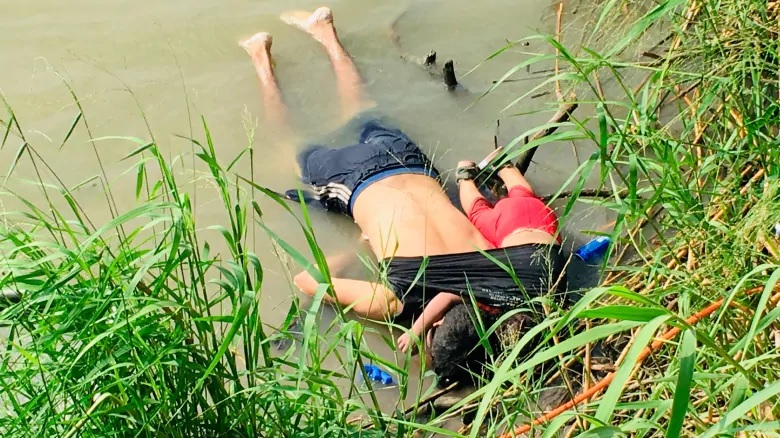 This photograph, first published in the Mexican newspaper La Jornada, shows the bodies of Oscar Martinez and his nearly two-year-old daughter Valeria on the bank of the Rio Grande in Matamoros, Mexico. It sparked a global outpouring of emotion and showed the dangers migrants face trying to reach the U.S. from Central America. (Julia Le Duc/The Associated Press)

On the weekend, the company denied that de Adder’s contract was terminated over the cartoon, calling it “a false narrative which has emerged carelessly and recklessly on social media.”

In a statement, BNI said, “The decision to bring back reader favourite Greg Perry was made long before this cartoon, and negotiations had been ongoing for weeks.”

Adding to the drama is the fact that BNI, which controls virtually all the newspapers in New Brunswick, is owned by the Irving Group of Companies. 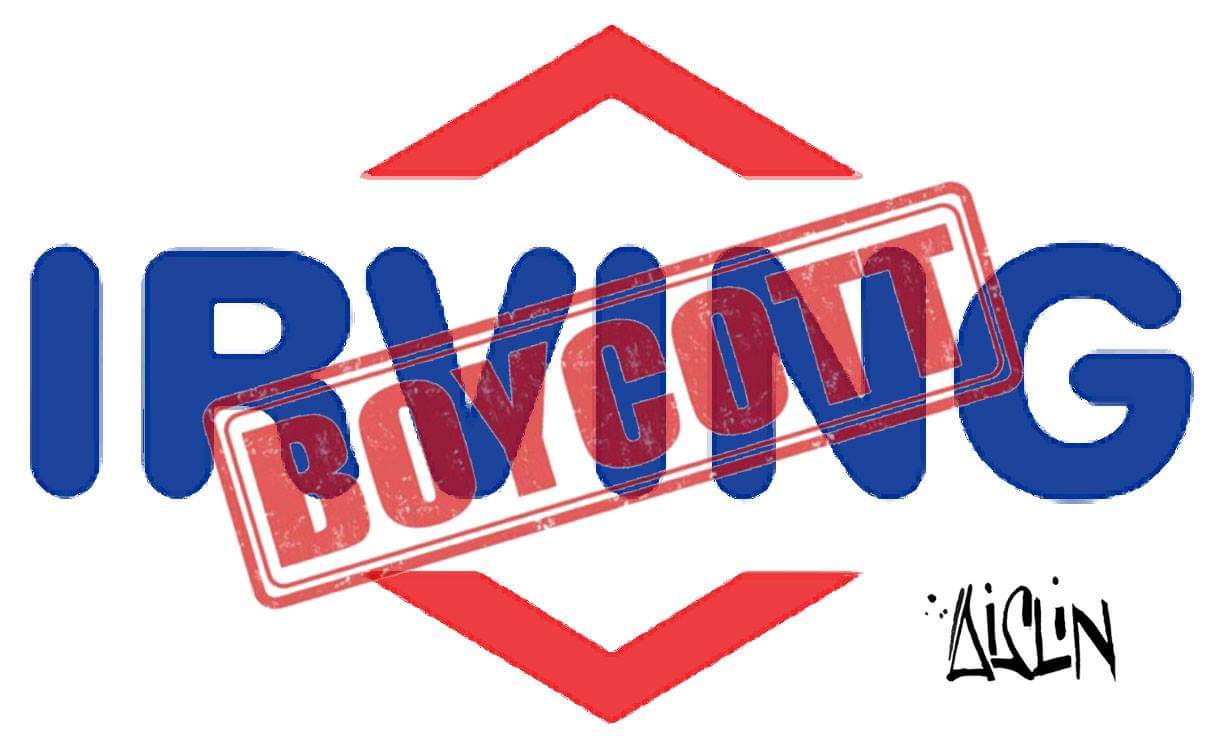 Aislin published his response to the controversy on Monday. (Courtesy: Terry Mosher)

The owners of the Irving Group, the Irving family, are generally ranked as the fourth richest people in Canada.

“All they had to do was tell me why I was fired. They didn’t tell me,” de Adder says, referring to his editors at BNI. 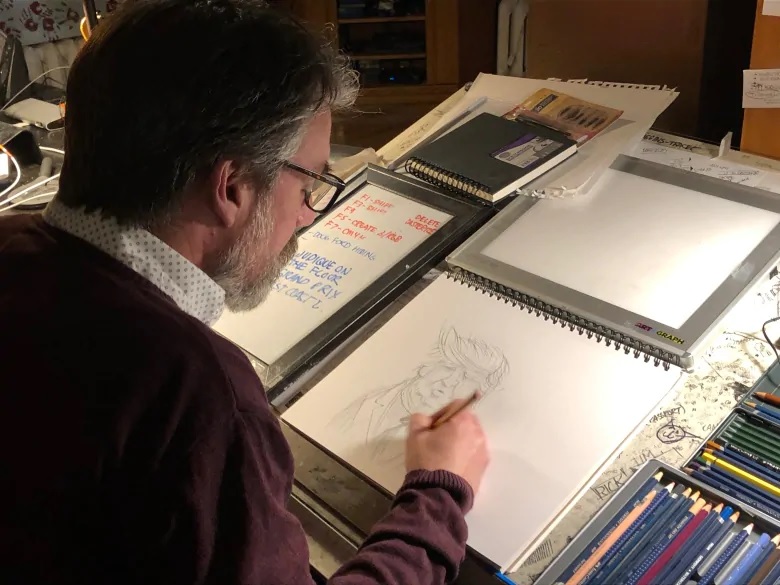 De Adder at work in his home studio on Monday. (Mairin Prentiss/CBC)

When he asked his editor whether it was a cost-cutting measure, or his online social media or even “gross incompetence,” de Adder said, he was told no.

“I really wasn’t interested in playing the role of disgruntled former employee,” he says.

Wes Tyrell, president of the Association of Canadian Cartoonists, says the timing of BNI letting go of de Adder “was no coincidence.” 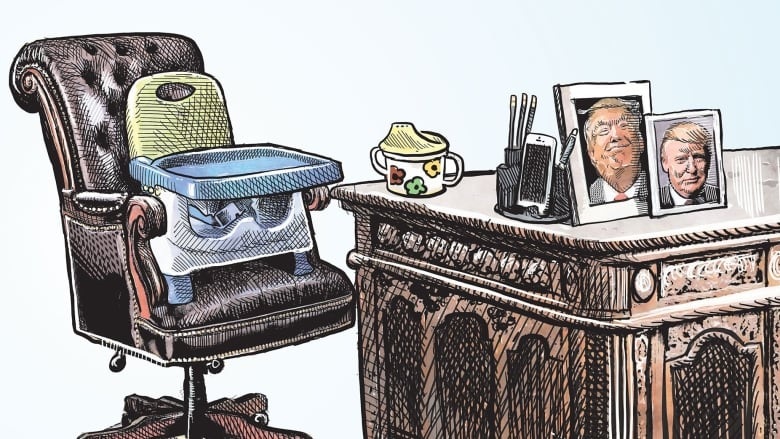 For some perspective on the controvery, I spoke with Terry Mosher, who under the name Aislin, has been drawing editorial cartoons for over 50 years, mainly for the Montreal Gazette, where he still contibutes two cartoons a week as an independent contractor.

He recently completed an autobiography of Canada’s most famous editorial cartoonist, Duncan Macpherson.