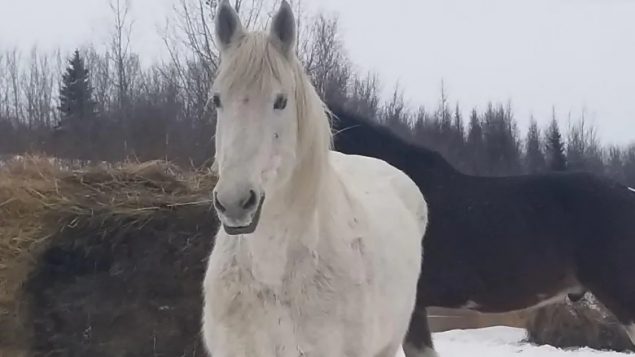 The federal government is defending its enforcement of rules for shipping live horses to Japan for slaughter. (Cindy Thomas)

Animal rights activists, already having a very good year in defence of marine animals, are looking to score another victory--this time for horses.

Canada ships thousands of horses each year to Japan, where many covet horsemeat as a raw delicacy. 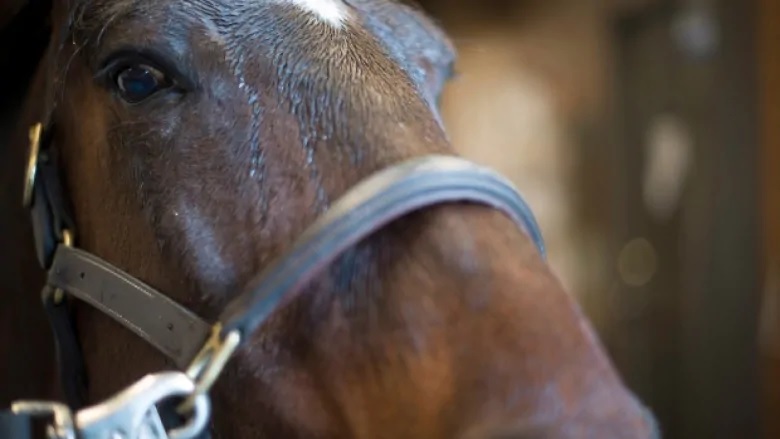 While the horses are headed to slaughterhouses on arrival, that doesn’t stop activists from demanding that they be be treated righté

They are extremely unhappy with the manner in which the horses are shipped, in crowded and cramped conditions without the required headroom required by Canadian law.

In an attempt to do something about it, the Canadian Horse Defence Coalition filed suit last September against the Canadian Food Inspection Agency, saying the agency, which oversees the shipments, is not doing its job to ensure humane and safe shipments.

In a court filing last month, the government agency sought to quash the CHDC lawsuit, saying that revised regulations set to kick in next year make the case “moot.” 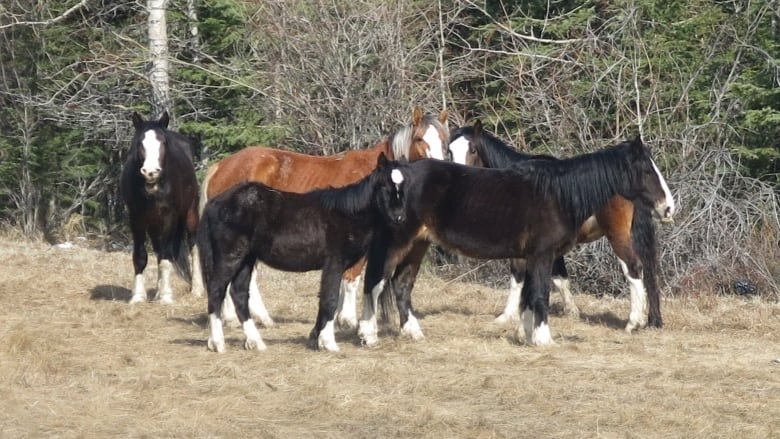 A group of wild horses stands near a highway in Alberta in 2014. (Bill Graveland/Canadian Press)

New 2020 rules will eliminate the segregation requirement, with a stated goal of giving shippers greater flexibility so that compatible horses can travel together with less anxiety, but Maureen Harper, a retired veterinarian who worked for CFIA for 30 years, said “compatibility” is difficult for an inspector to assess at the airport.

Eliot Bouvry of Alberta-based Bouvry Exports — which produces horse meat for export, among other products — told the CBC’s Kathleen Harris that welfare of horses and other livestock is a “top priority” for his company and the CFIA.

He says horses are inspected by CFIA vets at the airport before departure for cuts, bruises, limps or sickness. Animals are transported on single-deck trailers that have been sanitized and layered with fresh shavings according to Canada’s livestock transport regulations,

Horse meat is a delicacy in Japan. Canada exports thousands of live horses for slaughter to the country each year. (Chalermsak/Shutterstock)

“Other species/livestock are transported long distances for slaughter and it’s not a topic of discussion,” he said in a statement to CBC News.

“Although activists keep the industry accountable, we do not consider it truthful that it is an animal welfare issue. For (some) people it is an ethical problem, which is another debate.” 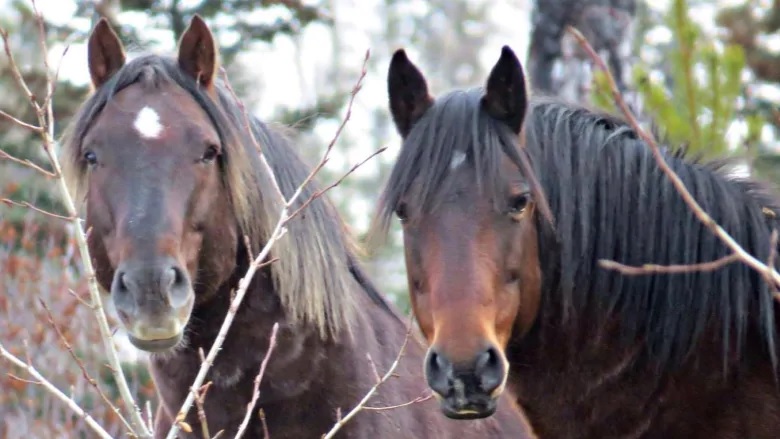 In the early 20th Century, horses were used in logging and mining operations. When those operations stopped, many of the horses were turned loose. Over the years, illegally released and escaped horses have joined these herds to make the current feral population. (Wayne Chicoine)

“There’s a lot of money at stake, and it’s quite clear to the CHDC that what is really at issue here are industry interests, not the interest and the welfare of animals and the way that they’re transported,” she said. “It is simply the bottom line to make as much profit as possible.”

The agency says that’s not true.

Last year, 3,871 horses worth $26.5 million were shipped to Japan. Exports were fewer in number than during the previous year, but had a significantly higher value. 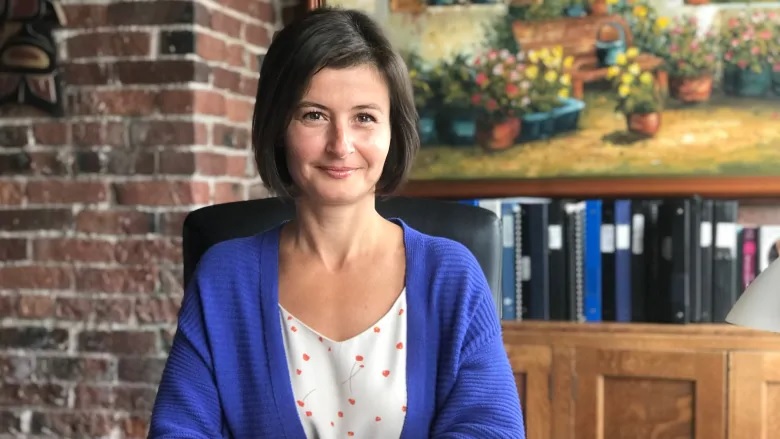 Canada also ships fresh, chilled and frozen horse meat to Japan worth about $29 million annually, and millions of dollars more to European countries, including France and Switzerland.

I spoke Monday by phone with Breder at her office in Vancouver about the legal battle between the Canadian Horse Defence Coalition and the Canadian Food Inspection Agency.