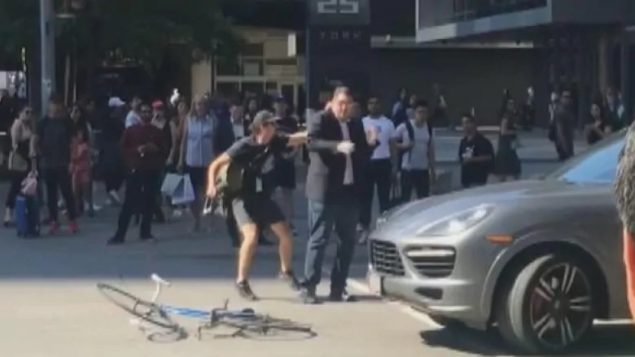 Cyclists vs cars: charges laid in physical incident in Toronto

Just the latest of many such altercations

In Canada, the battle between motor vehicles and cyclists over sharing road space continues with no let up. Both sides typically accuse the other of bad behaviour. This has led to a rising degree of tension and a fair number of flare-ups between drivers and cyclists especially in crowded urban situations, although usually only remaining at the level of some nasty comments thrown back and forth. But not always. 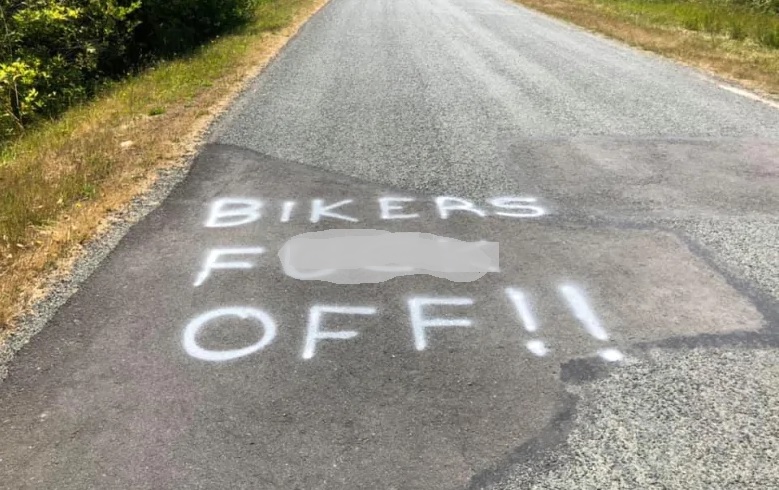 An example of the widespread tensions between drivers and cyclists, a vulgar message (digitally blocked out) recently painted on a regional road used by cars and cyclists near Saanich, British Columbia . (Keith Greig-Facebook)

On Thursday last week, a physical altercation occurred in downtown Toronto between a bicycle courier and car driver.  The incident was partly filmed by two different pedestrians which showed the courier throwing the driver to the ground.

According to the driver, the cyclist cut him off and he had to brake hard to avoid hitting the man, and honked the horn. The cyclist is alleged to have then dismounted and kicked the car. The driver got out to confront the man, since identified as a 30-year-old bicycle courier. He further alleged the cyclist hit him with a bike lock before pulling him to the ground hard when he turned to call for help.

The cyclist then rode away.

However, when the video was put on the internet and went viral, the cyclist was easily identified as a courier. The courier company later fired him saying they having no tolerance for such behaviour.

Police have since charged the cyclist with assault with a weapon, assault causing bodily harm, and mischief. He has been released on  $1,000 bail and will appear in court August 12.  The charges have not been proven in court. 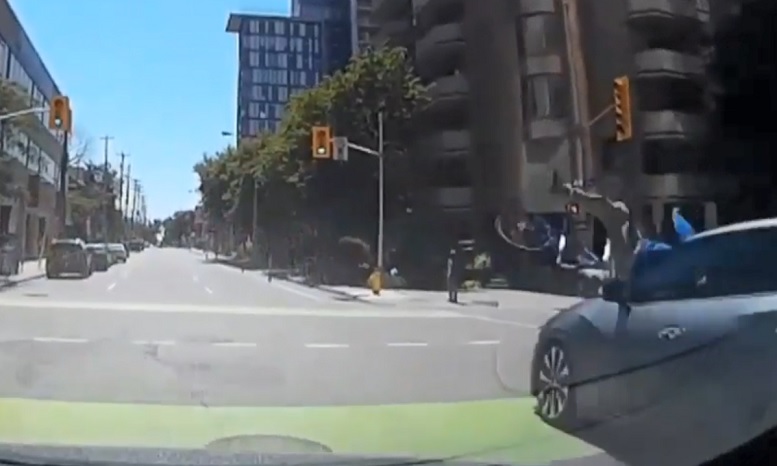 Jul 2017: Dash cam shows cyclist in Ottawa who ran a red light being hit by a car coming on the inside lane. The cyclist fortunately was not seriously hurt but was charged with a traffic infraction. (Nick Fleury- YouTube)

This kind of altercation is becoming more and more common in Canadian cities, and is often being captured on mobile phone videos with many such incidents posted online. With both sides accusing the other of disobeying road laws, disrespect, provocation, and antagonism, it is very likely there will be many more such incidents.