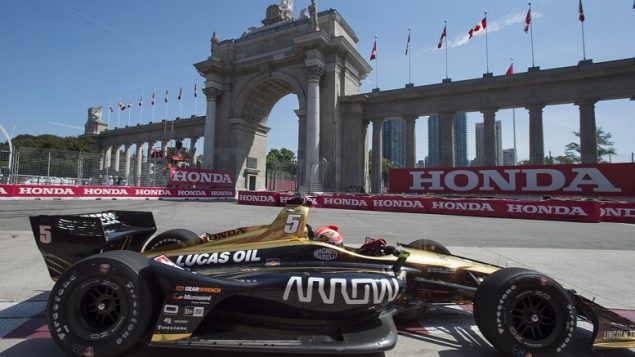 Not quite the Formula One circus, but not that far from it either.

Thousands of race fans are in Toronto this weekend for the 33rd running of the Toronto Honda Indy car race.

It’s an interesting race for drivers as it’s a course created on actual city streets as opposed to a purpose built track.

Its been highly popular even though a Canadian hasn’t won the race since two-time winner Paul Tracy back in 2003. 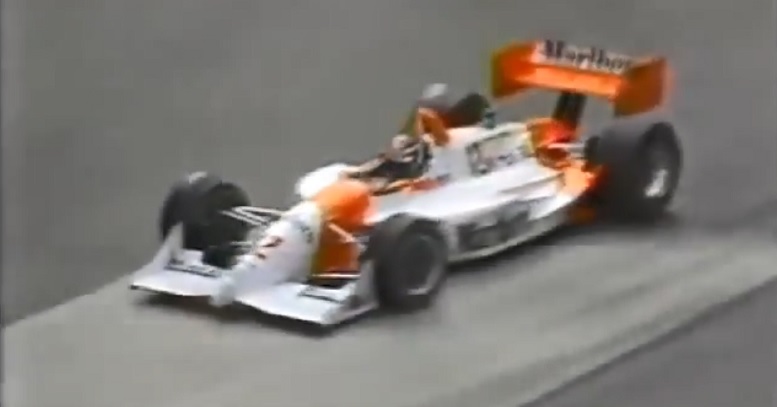 Hopes are high though with 32-year-old Canadian James Hinchcliffe, currently ranked 9th in Indy car standings, and who hails from Oakville which is part of the so-called Greater Toronto Area. Having raced three times at the Toronto event he reached the podium in 2016 and 2017 coming in third both times.

It’s not an easy track with 11 turns along its almost three kilometre distance and differing surface conditions with mixes of cement and asphalt surfaces and some smooth and some not so smooth spots. 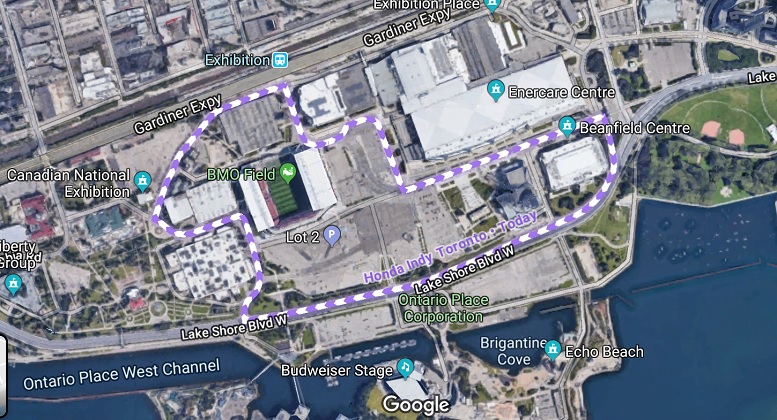 Lots of road closures around the foot of Toronto as the course is laid out for the race along the Toronto lakeshore and through the CNE grounds. (Google)

Practice and preliminary races for other classes have begun and continue on Saturday with the feature race on Sunday on the track which is along the lakeshore at round the Canadian National Exhibition grounds at the foot of Toronto’s core.

Indy cars resemble FI cars but have somewhat less horsepower at roughly 600 vs Formula 1’s roughly 800. Engines for F1 are supplied by Mercedes, Ferrari, Renault and Honda, while for Indy they are either Chevrolet or Honda. The overall weight is not much different with F1 cars weighing just over 700kg and Indy street car setup at 730kg. 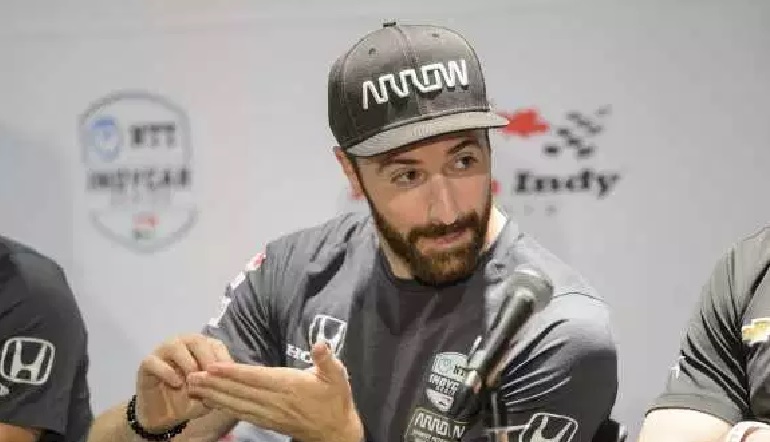 Hopes are high for another Canadian win with Oakville native James Hinchliffe, listed in 9th place in the series this year. ( Andrew Lahodynskyj-The Canadian Press)

While some F1 cars share the same engines and gearboxes, the chassis and other setups are unique to each team. Indy cars all run the same chassis. The car dimension are fairly similar with Indy cars being just a tad longer, wider, and taller.

Both are capable of speeds exceeding 350km/h when conditions allow, and both make lots of noise.

The area near where the race is held has been greatly built up with giant condo towers in recent years, and in spite of the overall popularity there have been increasing complaints about noise as ever more condos towers are built. The president of the Toronto Honda Indy commented about noise from such events saying these are “big city problems” but these events raise the profile of the city internationally and ultimately “the community really supports us”.