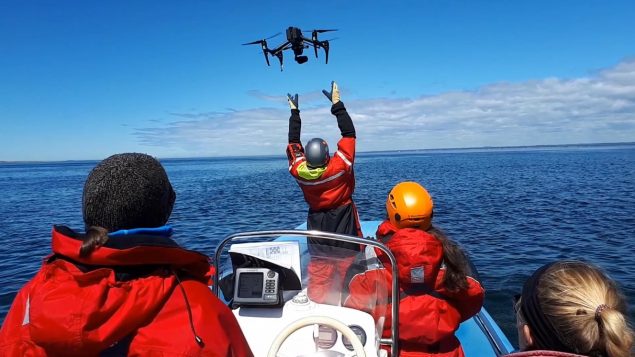 Using technology in whale research. Andrew Wright (PhD) releasing a drone which will fly over a whale for observation, measurements, and collection of organic material. Such data will be used to determine whale health and stress level caused by ship noise. (BIO-DFO)

Technology use in research of endangered right whales

Even as rescuers attempt to free three right whales tangled in fishing gear, scientists are continuing research into better understanding the whales and how man’s activities and noise may affect them.

Barry Wright (PhD) a visiting research fellow with the Bedford Insitute of Oceanography at Dartmouth, Nova Scotia and with Fisheries and Oceans Canada (DFO)

There are only an estimated 400 North Atlantic right whales left and efforts to protect them and help in the species survival is critical. Knowledge about their habits, needs, and factors affecting them and their survival as a species is critical.

Wright is part of a research team looking at how noise is affecting the whales.  There have been other studies which show the noise of ships and boats on the surface creates problems for whales and other marine creatures which use sound as a method of communication. 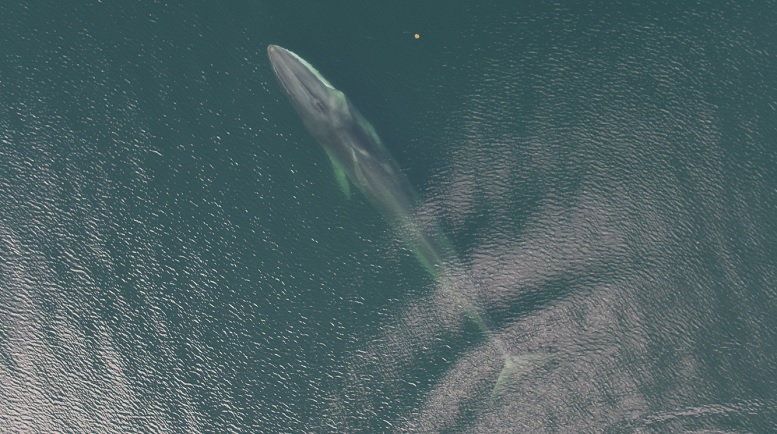 A large fin whale viewed from a drone. The drones above can observe behaviour not previously available to researchers viewing from surface vessels. (Team Whale, Fisheries and Oceans Canada)

Wright says the noise from ships and boats, engines, propellers and as the push through the water is something akin to people trying to converse in a crowded and noisy pub.

Part of the health evaluation is flying above them at specific height and then taking accurate measurments of length and width. Generally speaking a fatter whale is a healthier whale. In addition other drones will fly just above the whale so that when It surfaces to breathe and blows, a sample containing minute amounts of mucous will be collected which will then be analysed for a variety of indicators of the whale’s internal health such as hormones to determine stress factors. 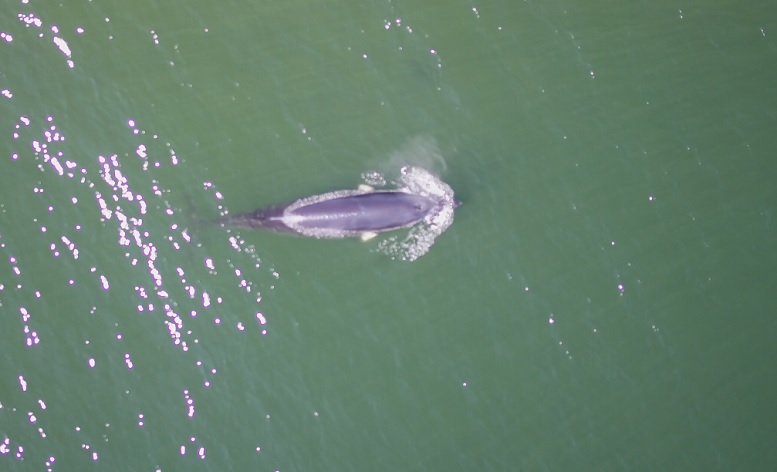 Minke whale. A close look shows the “blow” as the whale breathes. A drone will fly low and through the breath to take mucous sample to analyse hormones etc to determine stress levels (Team Whale, Fisheries and Oceans Canada)

However, while others have focused on communication issues, he says his research is looking into how the noise affects their stress levels and thus their overall health.  Noise and stress have often been studied in humans, but not so much in marine creatures and whales.

He says noise related stress in humans may be related to heart disease and fertility. The reproduction rate of the N. Atlantic right whales has been a major concern for years, and so there may possibly be a connection between noise and whale fertility or reproduction.

Wright and the team are about half way through a five year research effort and are taking advantage of technology in the research through use of high tech underwater acoustic devices and drones.