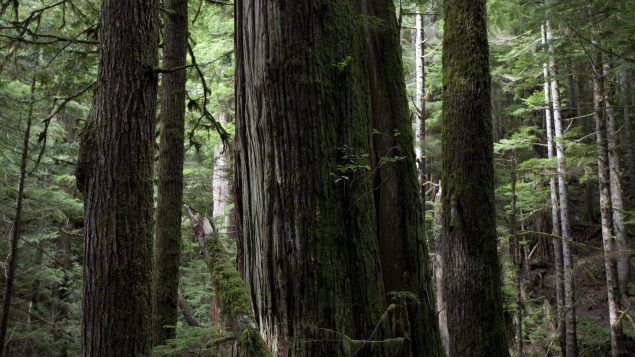 The British Columbia government has moved to protect 54 of the province’s largest and oldest trees at risk of being harvested, but environmentalists say the number is far too low.

The trees will be surrounded by a one-hectare buffer zone and are part of a list of 347 identified by the University of B.C.’s Big Tree Registry as the largest of each species in the province. 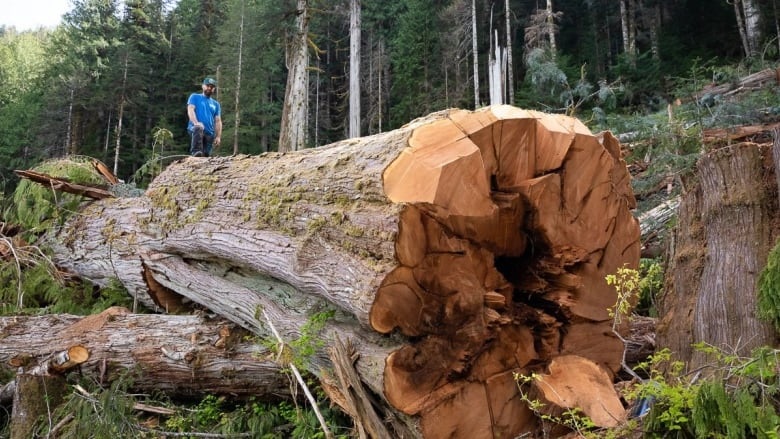 Old-growth forests in B.C. can be logged if they lie in the timber harvesting land base. (TJ Watt/Ancient Forest Alliance)

Wednesday’s announcement by Forests Minister Doug Davidson came the same day the Canadian Parks and Wilderness Society issued a report saying Canada needs to do much more to protect its land and water.

Earlier this week, a team from the University of Victoria called for greater protection of B.C.old-growth forests in a report that said  at least 30 per cent of the province’s original forest to be preserved. 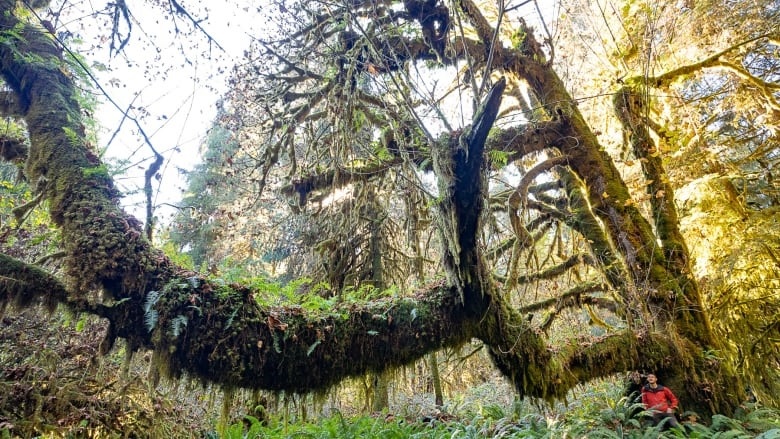 A big-leaf maple outside of Port Renfrew B.C. The ‘Wolly Giant’ is considered the ninth largest of its kind in B.C. (TJ Watt/Ancient Forest Alliance)

Davidson said an independent two-person panel will meet with First Nations, industry and communities this fall to discuss old-growth management and that he hoped his announcement would spark a broader conversation on appropriate measures. 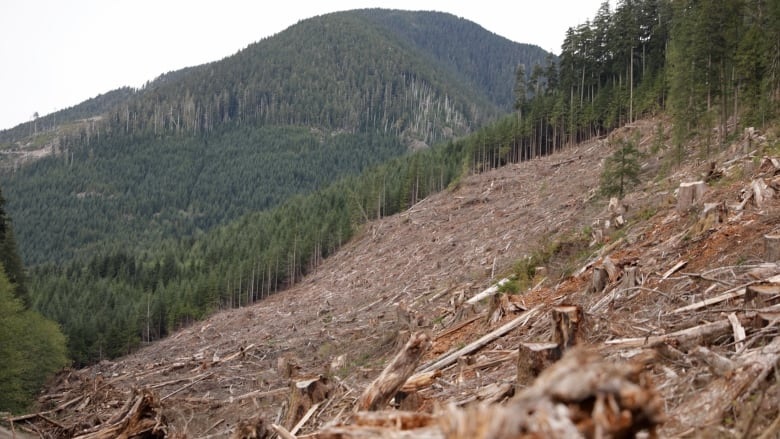 That conversation began almost immediately when the B.C. Green Party issued a statement saying the protection of only 54 trees was “inadequate given the ongoing, unsustainable logging of old-growth across the province.”

The chair of the Big Tree committee, Ira Sutherland, said that while the group was happy to see any trees being protected, 54 seemed small amount to him.

“What we were hoping for is a policy to protect all big trees above a certain size so that we were to make sure that big trees are protected throughout B.C,” Sutherland told Canadian Press in an interview. 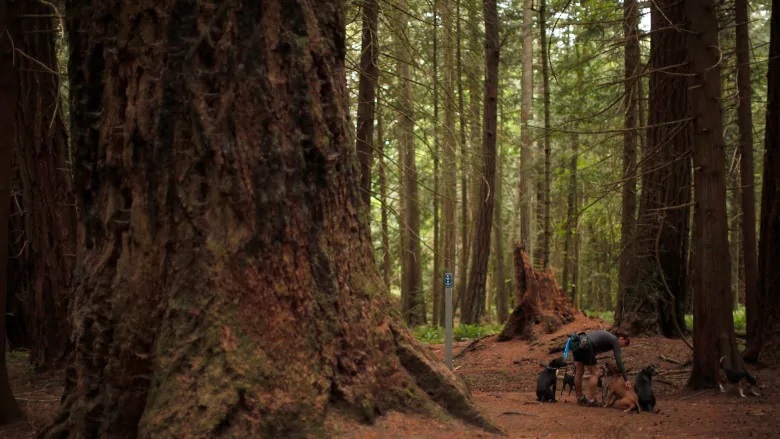 A dog walker next to a Grand Fir tree, left, at Francis/King Regional Park in Saanich, B.C. (Chad Hipolito/Canadian Press)

The government says 55 per cent of Crown-managed old-growth forests on B.C.’s coast are currently protected from logging.

The 54 newly-protected trees are located across the province, including central B.C., the East Kootenay, Haida Gwaii, Vancouver Island and the Fraser Valley.