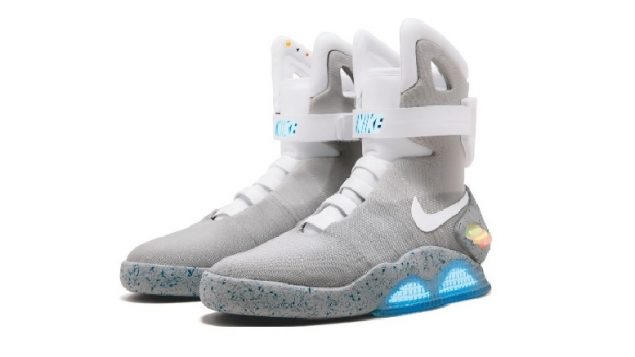 Nike Mags version 2016, the self-lacing shoes inspired by the Back to the Future films. Their estimated value at auction would have been at least $50,00 US. (Sothebys)

Sneakers, running shoes, or trainers, whatever you call them, I know mine cost less the $50 to buy, and now, well, they’re not really worth anything.

For some however, certain of these types of shoes are worth tens of thousands of dollars.

Now some of the rarest of these will be coming in a collection to Canada.

The famous luxury auction house Sotheby’s recently put 100 pairs on of the world’s rarest athletic shoes on auction and 99 of them were quickly snapped up by a Canadian entrepreneur Miles Spencer Nadal of Toronto who paid a reported  $850,000 USD for them. He bought 99 pairs in the lot before the shoes went to public auction. 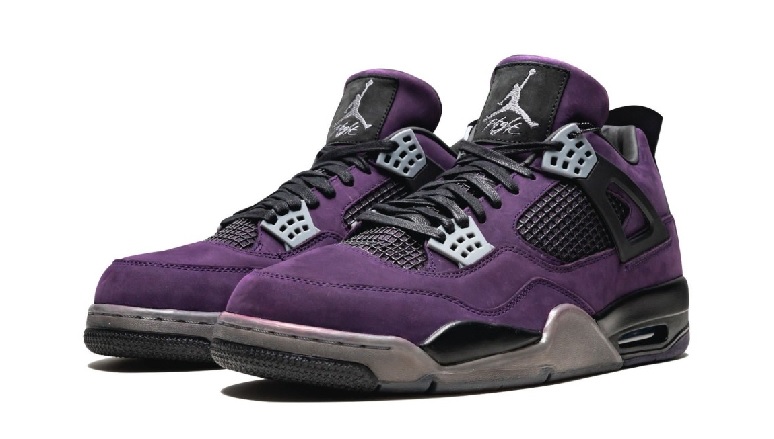 Nadal who is not a household name, is already quietly known for his collection of rare and exotic cars (142) including a Mercedes 300 gullwing and motorcyles (40), racing, antique and other collectibles.

Now he plans to add the shoes to his personal “Dare to Dream” museum,

He will open his collection to family, friends and to charitable organisations upon request.

He did not acquire the final pair of shoes as the owner decided to put them up for public auction online, It is possible the 1972 “moon shoes” could fetch up to $160,000. 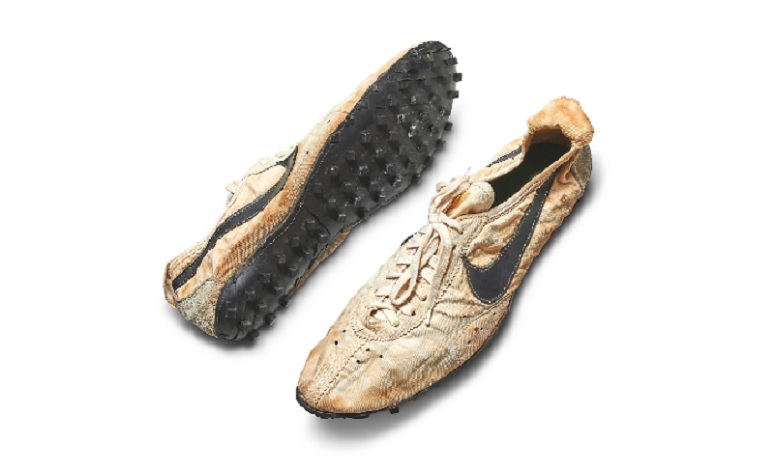 1972 Nike Waffle Racing Flat Moon Shoe- only about 12 pairs were made, and these are the only ones in “unworn” condition. They are on auction for a starting bid of $80,000 USD. (Sotheby’s)

If not sold by July 23 when the online auction ends, Nadal will undoubtedly add them to his collection as well.