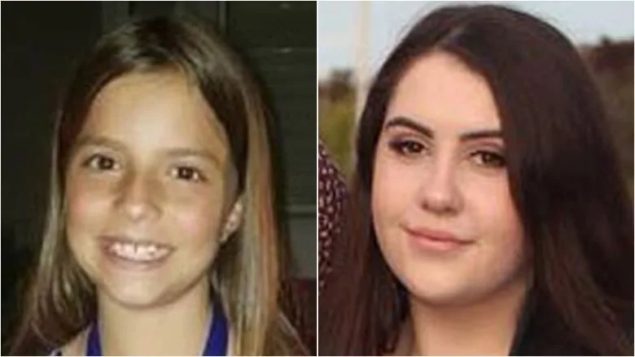 Julianna Kozis, left, and Reese Fallon, right, were remembered at a ceremony on Sunday

A year ago tonight the bustling, vibrant neighbourhood in Toronto known as Greektown was in chaos after a man named Faisal Hussain began firing a gun on a bustling street.

Thirteen other persons were wounded before Hussain shot and killed himself. 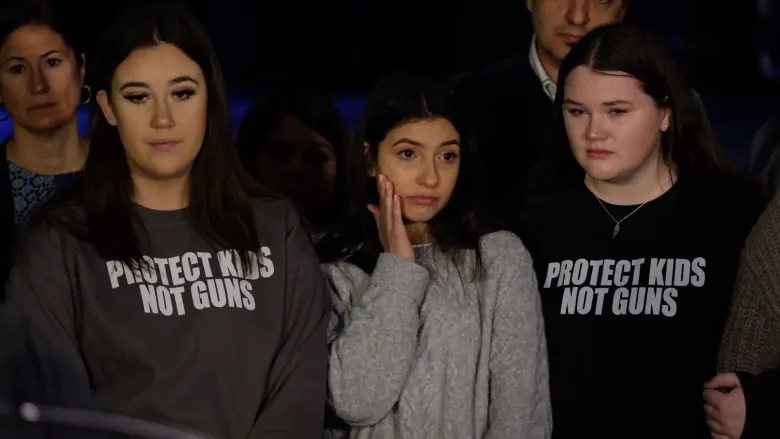 Quinn Fallon, left, and Noor Samiei, centre, were among those in February calling for tougher gun laws in the wake of last year’s deadly mass shooting in Toronto’s Greektown neighbourhood. (Evan Mitsui/CBC)

Yesterday, on a quiet Sunday afternoon, people gathered at a park near the stretch of Danforth Ave. where the attack occurred to honour the memory of the victims.

A moment of silence was held for 18-year-old Reese Fallon and 10-year-old Julianna Kozis, both of whom died, and the 13 others who were wounded.

“We are here to express our love and support and our compassion to the families of those who were lost and to those who were injured or witnessed unspeakable violence, as well as for the community that was shaken one year ago tomorrow,” said Toronto Police Services chaplain Rev. Wendell Gibbs, who led the event. 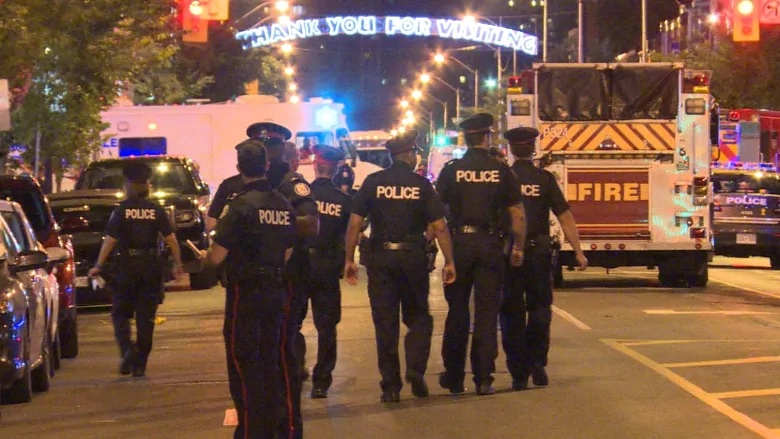 “We share your grief, and you are not alone.”

The ceremony was also marked by poetry and choir performance.

A nearly year-long investigation by Toronto police was unable to pinpoint the 29-year-old Hussein’s motive, though a report says he had a long history of mental health issues.

People write messages on a makeshift memorial on Danforth Avenue a few days after the shooting. (Mark Blinch/The Canadian Press)

Police said Hussein had no criminal record and there was no evidence he had been radicalized or was a member of a hate or terror group.