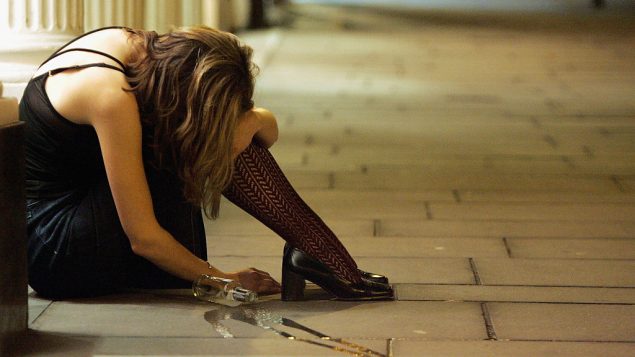 A woman drinker slumps on the pavement Febr. 5 2005, Bristol, England. More young people in Ontario — especially young women — are ending up in hospital emergency departments because of excessive alcohol use, according to a new Canadian study. (Matt Cardy/Getty Images)

Canada’s largest province has seen a dramatic increase in the number of young people – especially young women – who end up in hospital emergency rooms because of excessive drinking, according to a new Canadian study.

The article published in the Canadian Medical Association Journal (CMAJ) shows an increase of 175 per cent in alcohol-related visits from young Ontarians aged 25 to 29.

“These increases are consistent with data showing increasing average weekly alcohol consumption in Ontario and higher rates of binge drinking across Canada during the study period, particularly in women,” said in a statement lead author Dr. Daniel Myran, a family physician and public health resident at the University of Ottawa, Ontario.

It found that alcohol related emergency room visits in the 25 to 29 years old age group increased by 240 per cent for women and 145 per cent in men.

Moreover, women who visited the hospital due to heavy drinking were more likely to be under Ontario’s legal drinking age of 19 years than men.

In addition, the poorer neighbourhoods had more than twice the number of emergency department visits than the more affluent neighbourhoods. 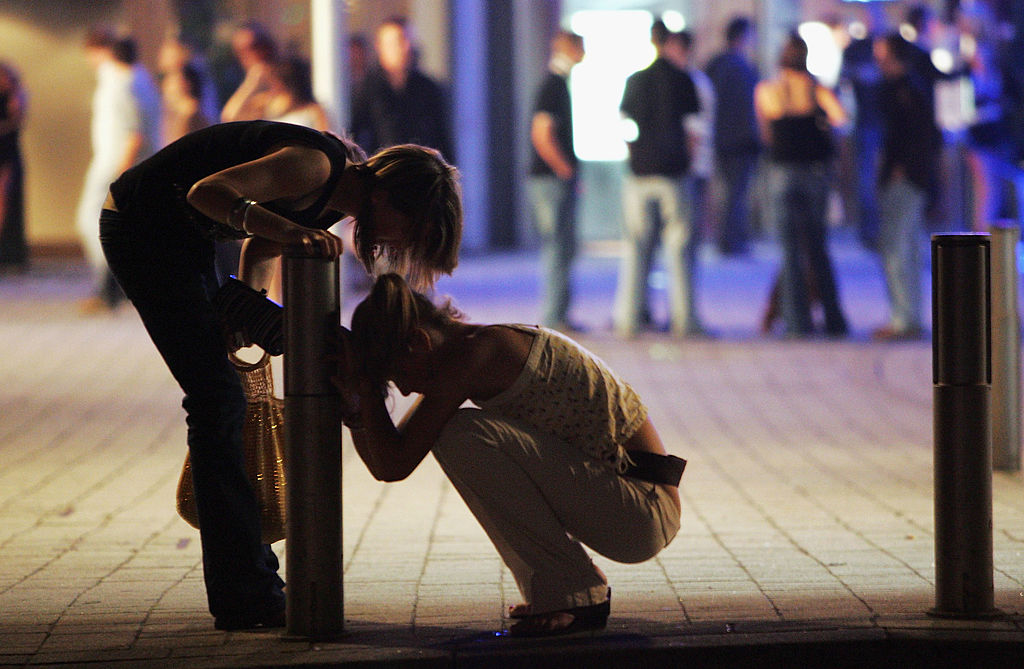 A reveler stops to help her friend after leaving a bar in Bristol City Centre on Oct. 15, 2005 in Bristol, England. (Matt Cardy/Getty Images)

“Since 2007, the rates of emergency department visits due to alcohol by women under legal drinking age has surpassed that of underage men,” said Dr. Myran.

“We need a better understanding of youth- and gender-specific risk factors for alcohol harms to curb these increases.”

The findings of the Ontario study are consistent with data showing increases in alcohol-related emergency room visits in the United States and England, researchers said.

Public health advocates are calling on the provincial government to implement policies to minimize harm from excessive drinking.

“Alcohol should be available for sale only within licensed and strictly monitored facilities with limited hours,” said Dr. Sheryl Spithoffm, a family and addiction medicine physician at Women’s College Hospital in Toronto.

“Taxes and price minimums should be used to reduce alcohol-related harms. The increase in tax revenues could be used to fund essential provincial programs.”