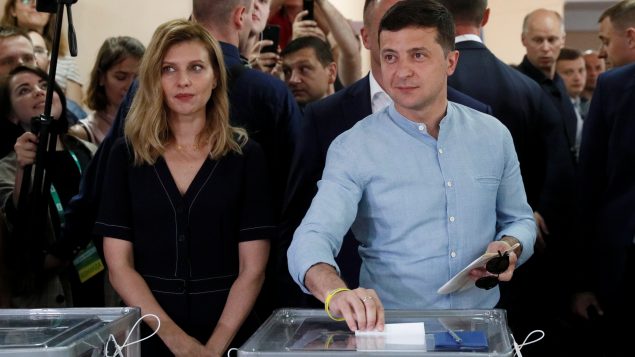 Ukraine's President Volodymyr Zelenskiy casts his ballot as his wife Olena stands nearby at a polling station during a parliamentary election in Kiev, Ukraine July 21, 2019. (Valentyn Ogirenko/REUTERS)

As President Volodymyr Zelenskiy’s newly created party is set to win a historic majority in the Ukrainian parliament, experts are urging him to ensure that the structural reforms introduced by the previous government become irreversible.

Results published by the Ukrainian Central Election Commission show that with more than 80 per cent of votes counted Zelenskiy’s Servant of the People Party is set form a majority government for the first time since Ukraine’s independence in 1991.

Servant of the People, named after a popular satirical TV series where Zelenskiy played a reformist president, has received 42.9 per cent of the vote in Sunday’s election for the Verkhovna Rada.

The Russia-friendly Opposition Platform – For Life party came in distant second with 12.9 per cent of votes.

None of the other 22 parties that ran in the election cleared the five-per-cent threshold to get into the Rada. 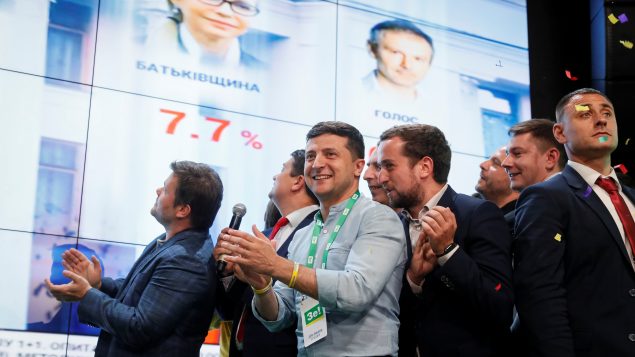 Under Ukraine’s mixed electoral system, which reserves half of parliament seats for deputies elected on party lists and the other half for single-member constituencies, Zelenskiy’s party is on track to win about 122 seats in the party-list vote and 125 seats in single-mandate districts.

The result is a huge endorsement for the 41-year-old comedian and entrepreneur-turned-politician who won the presidency by landslide in April on the promise of ending the war in Eastern Ukraine and tackling the country’s endemic corruption. 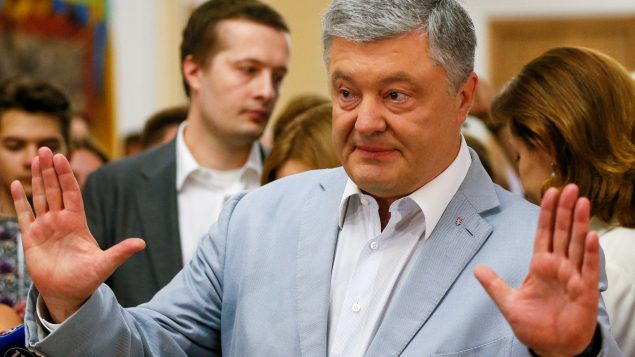 The need for ensuring continuity of deep structural reforms initiated by the pro-Western governments under Zelenskiy’s predecessor, Poroshenko, was one of the main topics of discussion at the Ukraine Reform Conference in Toronto earlier this month.

Taras Shevchenko, co-chairman of the Reanimation Package of Reforms, a pro-democracy civil society group in Ukraine, said he wants to see a stable and irreversible reform process under the new government.

“We want to say loudly… that those reforms that were happening they were not just the political agenda of one or another political party,” Shevchenko said in an interview with Radio Canada International. “These reforms – decentralization, judiciary, electoral, social care, health reform – were done in favour of the society.”

Many reform-minded civil society groups were concerned by the lack of clarity and detail about proposed reforms during Zelenskiy’s presidential and parliamentary election campaigns, Shevchenko said. 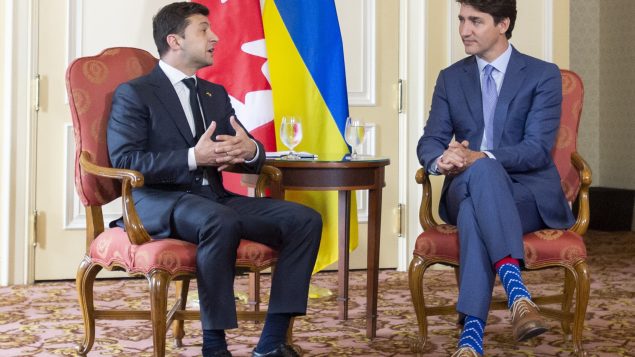 Roman Waschuk, Canada’s ambassador in Ukraine, said one of Canada’s priorities at hosting the conference in early July was to ensure a degree of continuity of reforms during the natural process of the “political churn of transition.”

“I think beyond Ukraine we discovered that there aren’t many policies that are fully irreversible,” Waschuk told Radio Canada International. “Whatever is humanly constructed can be humanly deconstructed.”

However, during his meeting with Prime Minister Justin Trudeau and Foreign Affairs Minister Chrystia Freeland in Toronto Zelenskiy reassured his Canadian hosts that when it comes to reforms, he wants to do more and do better than the previous administration, Waschuk said.

Matteo Patrone, managing director Eastern Europe and Caucasus programs at the European Bank for Reconstruction and Development (EBRD), the largest institutional investor in Ukraine, said one of the biggest challenges facing the new government will be accelerating the country’s sluggish growth.

“Three per cent GDP growth is not enough,” Patrone said speaking to Radio Canada International earlier this month in Toronto.

Zelenskiy has said that he wants to achieve a six-per-cent GDP growth to be able to tackle the internal and external challenges facing Ukraine.

“But the question is how you do it? Fiscal policy or monetary policy are not the kind of ammunition Ukraine can afford at this stage,” Patrone said.

The only sustainable way of growing the economy is improving Ukraine’s investment climate, which would require deep structural reforms to the country’s judiciary, measures to fight corruption and cut bureaucratic red tape, he said.

“There is no silver bullet, you need to take a holistic approach to this problem,” Patrone said. “I think Western countries… need to come together, as they have done in the past five years in order to sustain the reform momentum.”