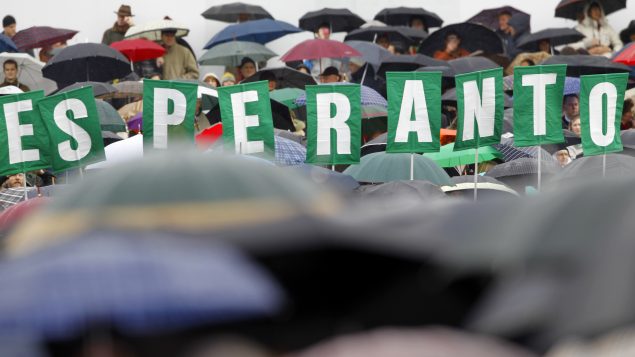 The real numbers of Esperanto speakers worldwide are hard to pin down. Some estimates suggest there are two million people using it as their second language. (Alessandro Bianchi/REUTERS)

Montreal is getting ready to host the next World Esperanto Congress

Montreal will receive the symbolic flag of the World Esperanto Congress in 2020 today in Lahti, Finland. For the occasion, the largest city in the French-speaking province of Quebec is expected to host at least a thousand people, according to the World Esperanto Association.

For a week, Esperanto speakers from all over the world will gather to exchange and participate in activities aimed at eliminating language barriers between participants.

The 105th World Esperanto Congress, to be held in the Quebec province from 1 to 8 August 2020, will be on the theme: “The UN at 75: Dialogue and understanding in a changing world”. It aims to highlight the contribution of the United Nations to peace and development since its foundation.

The participants will also be able to discover the region with trips organised specifically for them.

It is worth noting that this is the first time that the World Esperanto Congress will be held in Montreal and the second time only in Canada. It was last held in Vancouver in 1984.

“Esperanto is also a means of bringing the whole world to Montreal, and providing a glimpse of what a fairer and more inclusive globalization could mean for its peoples. Linguistic democracy needs to be an integral part of our understanding of sustainable development,” said Mark Fettes who is Canadian and the outgoing president of the World Esperanto Association. 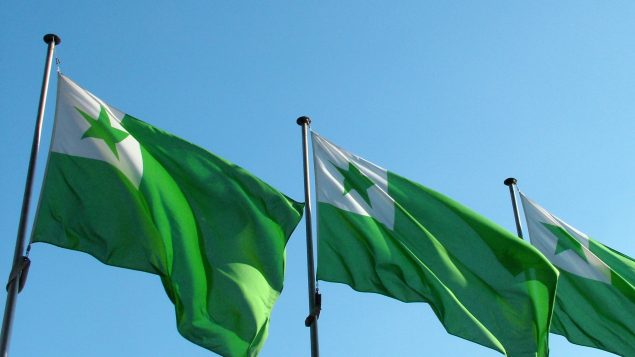 The Esperanto even has its own flag. (Ziko)

A language that belongs to no one

Esperanto is not attached to any country, people or religion. It’s a made-up language developed “to foster mutual understanding between peoples and respect for linguistic and cultural diversity.”

Created 132 years ago by Polish ophthalmologist Ludwik Lejzer Zamenhof, the language is very easy to learn, all spellings being phonetic and words can be easily modified for meaning.

Each letter can only be pronounced one way, and each sound can only be spelled one way. There are few grammatical rules. All verbs are strictly regular. By learning just 500 root words, speakers can build a vocabulary of more than 5,000.

Esperanto is largely a blend of the Indo-European and Latin lexicon with a simplified 28-letter alphabet.

Some examples of the language: