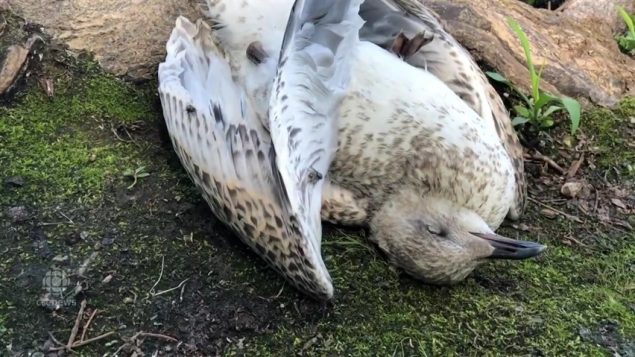 Dead seagulls are turning up along the shores of the Ottawa River, near Canada’s national capital, but conservation experts say it’s very unlikely the deaths are related to the those of hundreds of fish earlier this month at the eastern part of the river.

“It’s still a developing story, but what we can say with high confidence is that this event is unrelated to the fish kill events,” Patrick Nadeau, the executive director of watershed protection group Ottawa Riverkeeper, told CBC News. 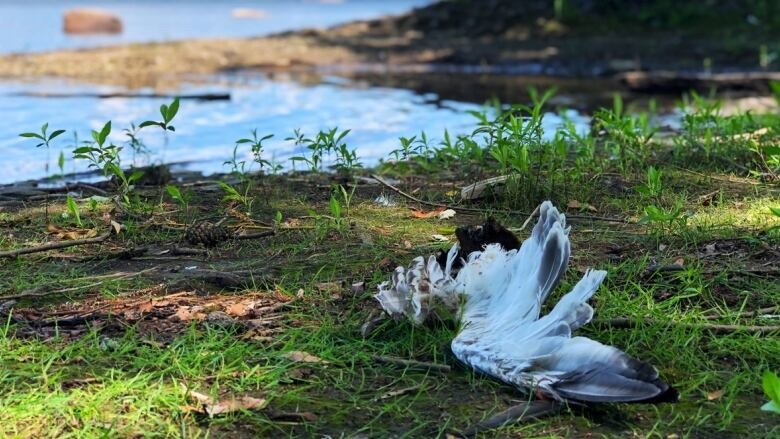 Conservation experts say says record-setting high water levels this spring and a period of unusually hot weather in the final weeks of June are the likely causes of a die-off of ring-billed gulls near Ottawa’s Britannia neighbourhood. (Stu Mills/CBC)

Ted Cheskey, a bird conservation expert with Nature Canada, says record-setting high water levels this spring and a period of unusually hot weather in the final weeks of June are the likely causes of a die-off of ring-billed gulls in Ottawa’s Britannia neighbourhood.

Cheskey says the high water levels kept most of the traditional nesting areas for a gull colony under water.

The hundreds of fish that washed ashore earlier this month appear to have been victims of a toxic spill.

Metres away from where people were launching their boats and swimming on Sunday, numerous dead fish could be seen washed up on the shore of the Ottawa River, just downstream of the Du Lièvre River. (Kimberley Molina/CBC)

They likely died in the Du Lievre River in western Quebec before flowing downstream and being discovered in the Ottawa River.

But last weekend, boaters and swimmers out on the Ottawa River reported about a second wave of dead fish found floating in the water.