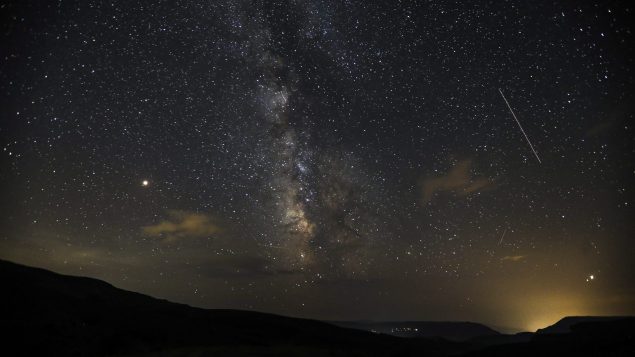 At about 2:44 a.m. on Wednesday morning, a meteor entered the Earth's atmosphere and could have ended up near Bancroft, Ontario. (Photo of a meteor in Welcott, Colorado. Credit: Chris Dillmann/Vail Daily via AP)

Meteor hunters are on the move to find Ontario fireball

On Wednesday night, many Canadians saw a bright light in the sky. From Lake Ontario to Peterborough, Ont., to Montreal, surveillance cameras captured the violent end of the meteor’s journey that took billions of years to complete.

Some people have even filmed the meteor on their personal surveillance camera:

I captured some of that meteor over Ontario July 24th 2:44am https://t.co/ywMME276Rc pic.twitter.com/HqmoKYOu58

Usually, when meteors arrive on Earth, they end up in the ocean or burn up in the atmosphere. But not this time!

NASA analyzed a night sky recording from the University of Western Ontario and concluded that the space rock ended up near Bancroft in southeastern Ontario.

Now, meteorite hunters are heading for the area in an attempt to be the first to find the stone that should not be bigger than a softball. 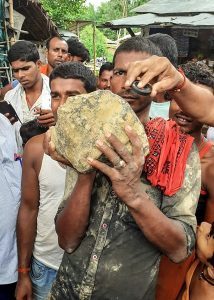 In this photo taken on July 22, 2019, a villager holds a 10 kg meteorite that crashed in the middle of a rice field in eastern India, before it was brought on July 24 to the Patna Museum. (Photo: STR/AFP/Getty Images)
.

Members of Western University calculated the trajectory of the meteor and, working backwards, traced its path. It drifted around the sun, at one point dipping close to the centre of the solar system, then back out to the asteroid belt between Mars and Jupiter where, in the chaotic tangle of rocks, it was knocked toward Earth.

The meteor could be as old as 4.5 billion years, when the solar system was actually being formed.

The others who are interested in this object are meteor hunters. For some, it is a passion, but for others, it can be a serious source of money. 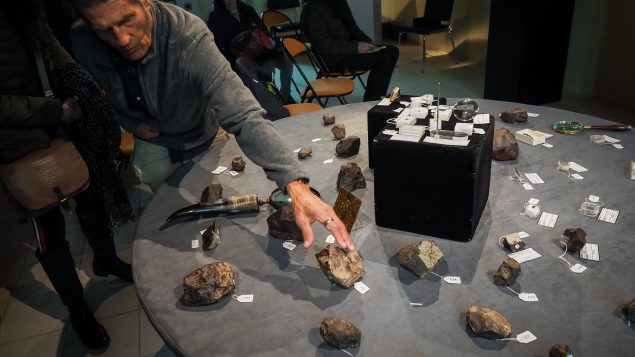 French meteorite hunter Gerard Merrier shows his collection to collectors in Tours, central France before he sells it at auction. – Gerard Merlier has stride along the deserts in search of meteorites. He decided to plan an auction for his precious collection of meteorites in order to ensure his retirement. (Photo: GUILLAUME SOUVANT/AFP/Getty Images)

The price of a meteorite can range from a few dollars to several thousand dollars per gram depending on the minerals and metals it contains, which are indicators of their origin.

They can be sold at gem shows, to private collectors or institutions such as the Royal Ontario Museum (ROM) in Toronto.

Things related to meteors can also be sold at a very good price. Meteorite enthusiasts are also interested in what gets hit, for example. Struck objects are rare examples of the power of meteors.

So if you’re in Ontario on the weekend, why don’t you go hunt this new meteorite or even check your backyard to see if it hit something.

It is worth recalling that meteorites in Canada belong to the owners of the lands on which they were found.