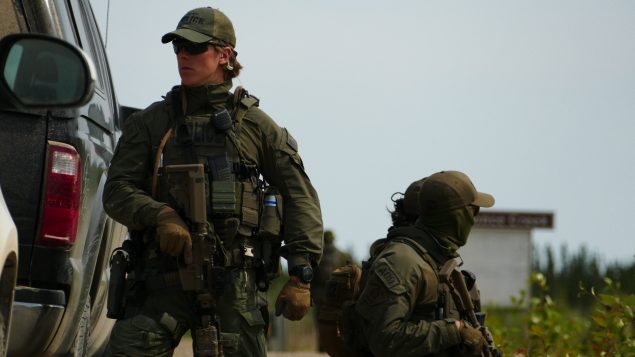 RCMP returned on Wednesday to Sundance, Man., where the burnt-out vehicle used by the two B.C. homicide suspects was found earlier in the manhunt. (Tyson Koschik/CBC News)

Frustrated by their inability to track down two fugitives believed to be hiding in the vast wilderness of northern Manitoba, Canadian police announced Wednesday that they will be scaling down their search for the teenage murder suspects.

After coming up empty despite having searched more than 500 homes and buildings, and scouring 11,000 square kilometres of forests, swamps and muskeg with police dogs, drones, helicopters and military aircraft over the last nine days, the Royal Canadian Mounted Police (RCMP) said it will begin to gradually withdraw officers from the remote region around the town of Gillam.

“I know that today’s news is not what the families of the victims and the communities of northern Manitoba wanted to hear,” Assistant Commissioner Jane MacLatchy , who leads RCMP’s Manitoba detachment, told reporters Wednesday afternoon.

“But when searching for people in vast, remote and rugged locations, it is always a possibility that they are not immediately located.”

Police in smaller numbers will continue the search for Bryer Schmegelsky, 18, and Kam McLeod, 19, who are wanted in connection with three murders in British Columbia.

Ground and air searches will continue in the area around Gillam, the last place McLeod and Schmegelsky were confirmed to have been seen, she said.

“It is not over, not by any means,” said MacLatchy.

Earlier in the day, the Department of National Defence said the two military aircraft and crew that were assisting in the search will return to base but will remain available to help again if necessary. 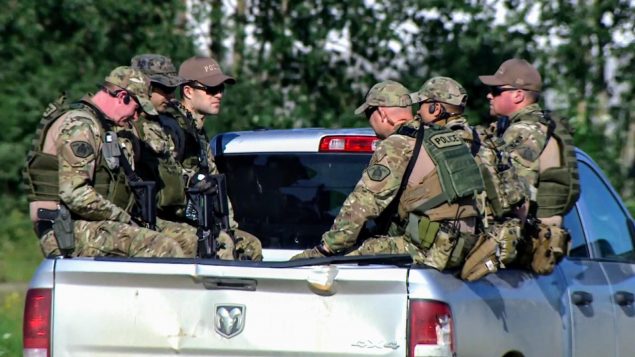 MacLatchy said it was possible that someone may have “inadvertently” helped the suspects leave the Gillam area after their stolen SUV was found burned-out in the bush near the town.

It’s also possible that the two suspects, whose last confirmed sighting was in the Gillam area, are dead.

“The north part of the province is a very unforgiving place,” MacLatchy said. “We’re keeping all possibilities in mind as we go forward with this, but that is just one of the possibilities we’re considering.”

In the meantime, Ontario Provincial Police (OPP) said they were investigating a suspicious vehicle seen in the north of the province driving through a construction zone on Highway 11 in Kapuskasing.

“At this time the OPP cannot confirm the identity of the people in the vehicle that was occupied by two males,” said Acting Sgt. Shona Camirand, an OPP spokesperson. “The OPP is continuing to investigate this incident and is actively looking for the vehicle.” 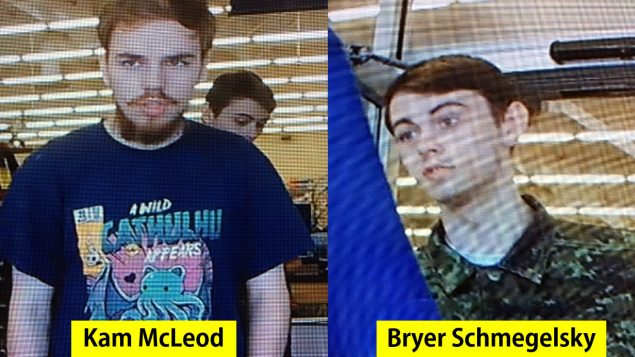 Schmegelsky and McLeod have been charged with second degree murder of Leonard Dyck, 64, and are suspected of gunning down two tourists, Australian Lucas Fowler, 23, and his American girlfriend Chynna Deese, 24, in Northern British Columbia.

The couple’s bodies were discovered on July 15 about 20 kilometres south of Liard Hot Springs, a popular tourist destination in the far north of the province.

Dyck’s body was found July 19 at a highway pullout about two kilometres from a burned-out camper truck, discovered the same day, near the community of Dease Lake, B.C. The burnt vehicle was later identified as belonging to McLeod and Schmegelsky.

Police say the pair then stole another vehicle and drove nearly 3,000 kilometres east before ditching their getaway car in the bush near Gillam.

RCMP have said the last confirmed sighting of Schmegelsky and McLeod was in the town of Split Lake, about 86 kilometres west of Gillam, but a 174-kilometre ride by car.