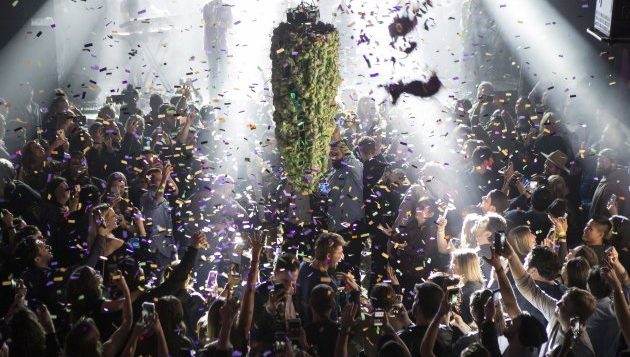 A depiction of a cannabis bud hangs from the ceiling as a band plays at Leafly's countdown party in Toronto, Tuesday, Oct. 16, 2018, celebrators prepared to mark the legalization of Cannabis across Canada the following day. (Chris Young/The Canadian Press via AP)

The Liberal government has introduced its long-awaited legislation that it says will grant fast, free pardons to Canadians carrying a criminal record for possession of cannabis before Canada legalized the drug last October.

Bill C-93 aims to break down barriers to unemployment, housing or travel for Canadians with a criminal record for pot and follows a promise made last fall by Public Security Minister Ralph Goodale and could affect tens of thousands of Canadians.

According to a 2014 study, more than 500,000 Canadians have a criminal record for having pot on their person. 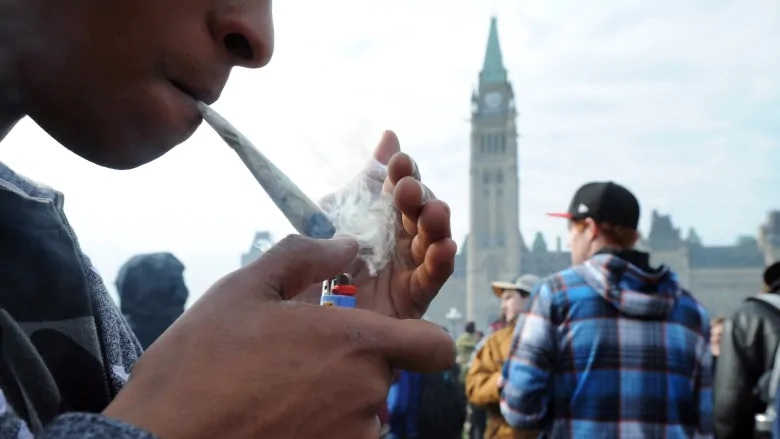 On April 20 each year, hundreds of people have smoked pot on Parliament Hill as part of the annual 420 rally. Last Friday, the government introduced legislation that will grant free pardons to Canadians carrying a criminal record for possession of cannabis before Canada legalized the drug last October. (Sean Kilpatrick/Canadian Press)

Currently, the fee for a record suspension, or pardon, is $631 and the standard waiting period is five years for a summary offence and 10 years for an indictable offence.

Until the Cannabis Act came into effect last October, simple possession of the drug was punishable by a fine up to $1,000 and six months in jail.

A pardon keeps the record separate from any other crime a person may have committed but does not erase the fact that a person was convicted of a crime.

And that displeases the critics. 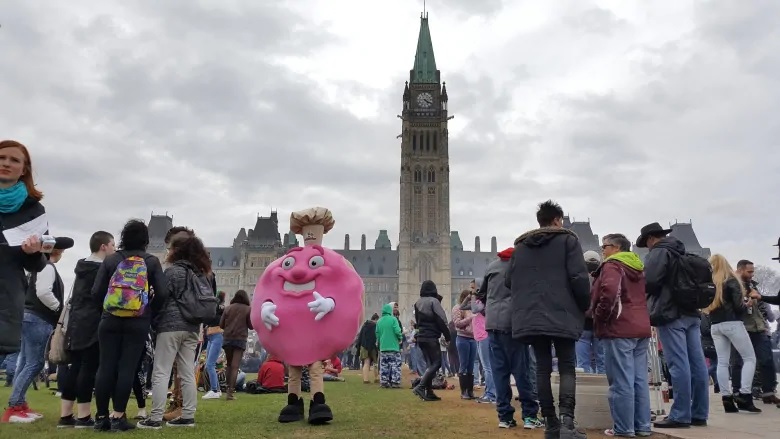 A smoky haze hangs above the crowd gathered on Parliament Hill for last year’s 420 celebration of cannabis culture. A number of critics are unhappy with legislation introduced last week, saying–because of past wrongs–it does not go far enough. The want records wiped out. (Trevor Pritchard/CBC)

They want records expunged–wiped out completely.

“I think this government has an obligation to write the historical wrongs of decades of cannabis prohibition, particularly because the laws were unequally enforced and were primarily against vulnerable and marginalized communities including Indigenous communities and communities of colour,” Toronto lawyer Annamaria Enenajor told The Canadian Press news agency.

According to CP’s Danielle Edwards: “Statistics linking criminal charges and race aren’t routinely gathered in Canada, but separate reports by the Toronto Star in 2017 and Vice News in 2018 found that in several cities where figures were available, black Canadians and Indigenous people were much more likely than white people to be charged with cannabis possession before it was legalized last year. Separate data on drug use indicates that rates of cannabis use differ little among those groups.” 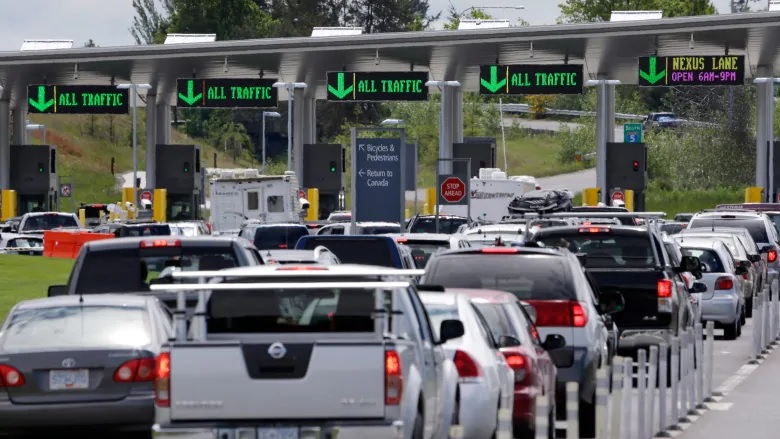 Cars from Canada line up to cross into the U.S. at Blaine, Wash. Immigration lawyers say past use of cannabis could lead to Canadian travellers being barred from entering the U.S. (Elaine Thompson/AP Photo)

Edwards goes on to quote Goodale as saying expunging criminal records is only an option when a law “violates human rights and should never had existed in the first place.”

“Goodale offered the criminalization of homosexuality as an example, Edwards writes.”

“With respect to cannabis, the law itself was completely valid and constitutional but some people, especially vulnerable and marginalized communities, were impacted disproportionately and unfairly,” Goodale told CP.

“Another reason the government offered for using pardons instead of mass expungements is that records of previous convictions will sometimes have been shared outside Canada, such as with U.S. border guards” Edwards writes, 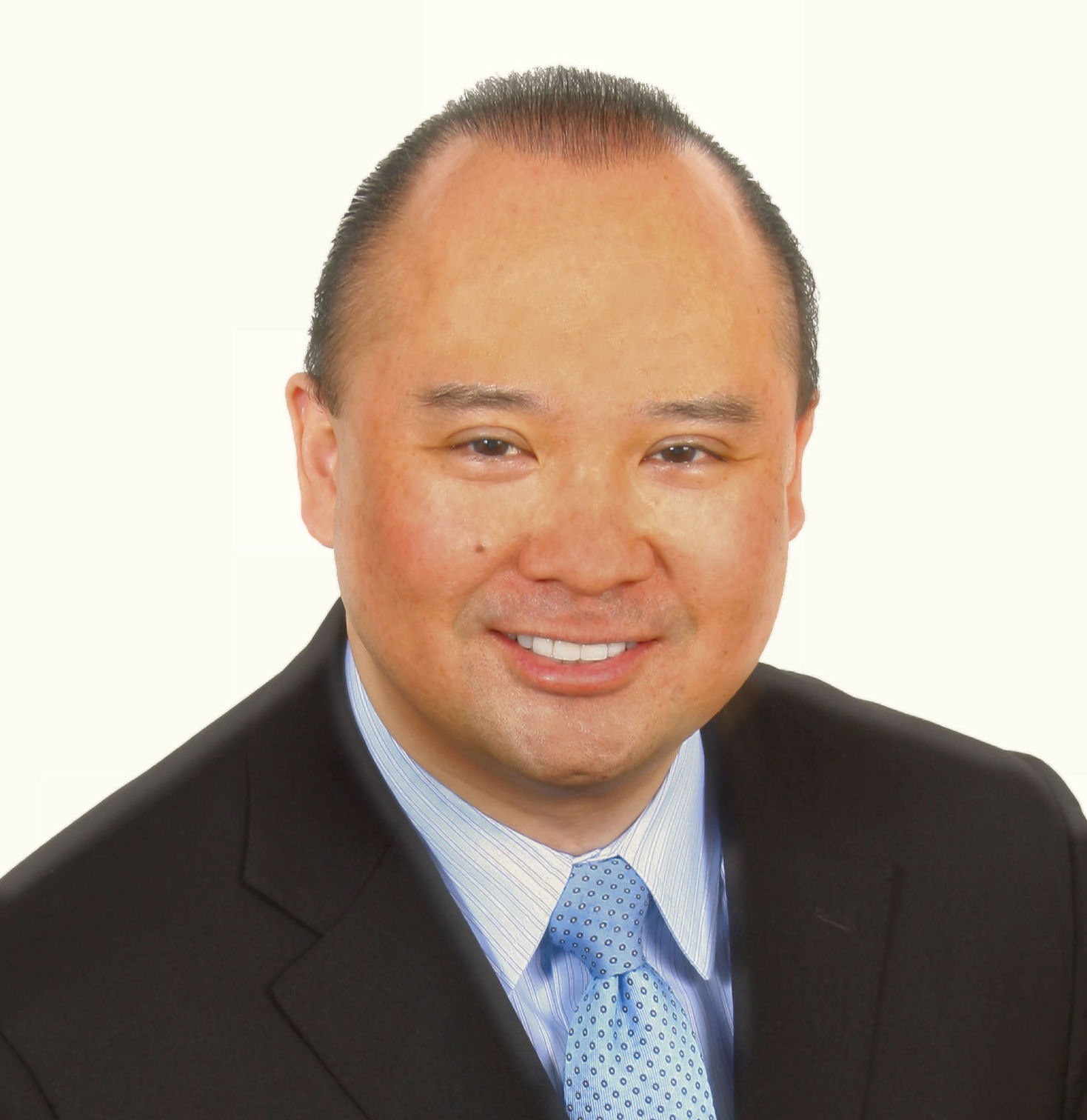 Henry J. Chang says Canadians should use their heads when dealing with U.S. Customs.

“A pardon can likewise be shared and will work to the former offender’s benefit; if a record is expunged in Canada, the other jurisdiction’s files won’t necessarily reflect that.”

As legalization was coming to pass last fall, Toronto Lawyer Henry J. Chang wrote of his concerns about the legislation not going far enough.

While Enenajor’s concerns centre on the effects–or ill effects–of people living in Canada, Chang, who is a partner with Dentons Canada, is focused on what happens to Canadians who want to travel to the United States.

I spoke by phone Monday with him in Mexico, where he attending a conference.