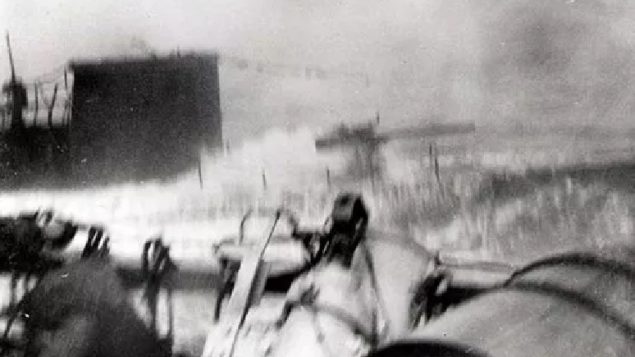 Canada history: Aug 6,1942; Battle of the Atlantic- a deadly duel in the fog

HMCS Assiniboine and U-210

It is the kind of battle that Hollywood might dream up as fantasy, but it was absolutely real.

In August 1942 Canadian River class destroyer HMCS Assiniboine was escorting a convoy of 33 supply ships from Sydney Nova Scotia to the United Kingdom. 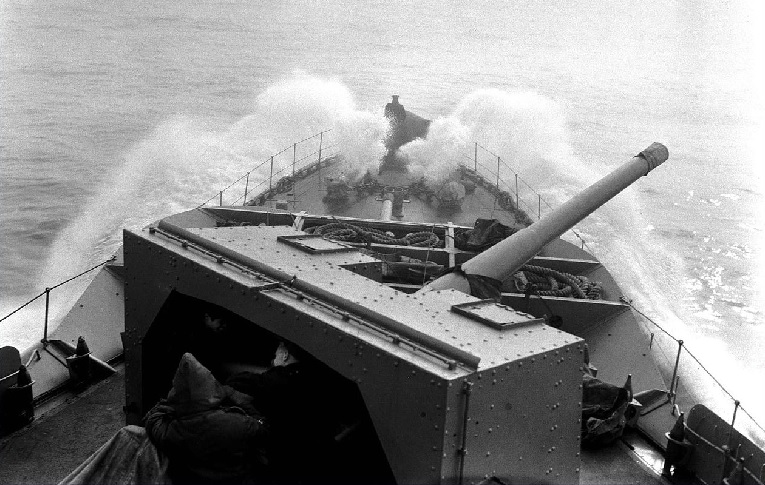 One of the HMCS Assiniboine’s 4.7in guns,. It was a shell from one of these guns that finally sank U-210. (Ken MacPherson-Naval Museum of Alberta NF402)

On August 5, the destroyer and two corvettes were sent back to find and escort six stragglers now several miles behind the main convoy.

Alas the pack of U-boats had already found the SS Spar and from a distance, the destroyer could see the plume of smoke from the sinking ship. The corvettes drove off U-595 and U-593 and the warships began their search for the attackers

It was the next morning, a foggy August 6 that Assinboine again drove off U-595, but then U-210 was spotted in the fog less than 100 metres away, but it turned into the fog and was lost, apparently however not noticing the destroyer. 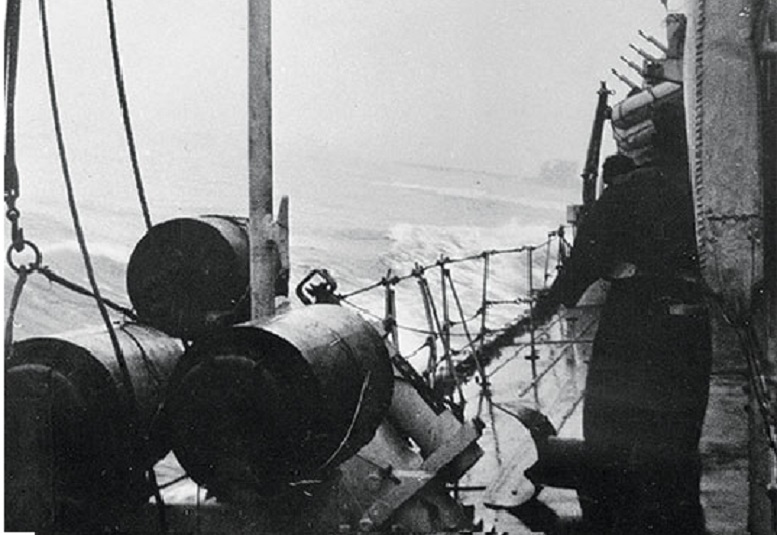 Only a few hundred metres awqy the U-210 can be barely seen in the fog as the two ships sought to outmanoeuvre the other. (DND-NAC-pa144289)

The ship then continued to search and in the fog again spotted the sub silhouette at about 1,000 metres and raced toward it. The sub and destroyer both opened fire at close range and as the sub began desperate evasive moanouevres, the destroyer churned the water in an effort to keep it in sight.

The destroyer was often  too close to depress its main guns. However a shot did hit the conning tower killing the Captain and two others. Machine gun fire from the ship kept the U-boat crew from their deadly 88 deck gun, but not from the 20mm AA gun. Shots from the sub started a fire on the destroyer and damaged several other portions of the ship.

Several times the Canadian ship tried to ram the Uboat as the two twisted and turned around the ocean.  The Canadian did ram the U-210 once, and then once again later, while another 4.7 inch shell finally penetrated the bow of the sub which began sinking. 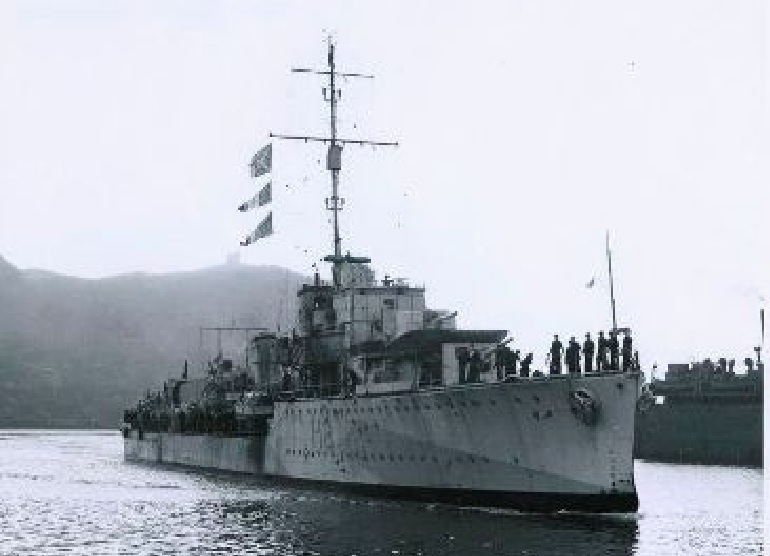 Aug 9,42. HMCS Assiniboine limps into St John’s. Fire damage has darkened the starboard side, Not easily seen are the many holes in the ship from enemy gunfire and the severely damaged bow below the waterline.(Metcalf Collection CWM 19920166-127)

The 30 minute blazing desperate battle had destroyed the U-boat but left Assiniboine too damaged to continue, so it limped back to St. John’s for repair. 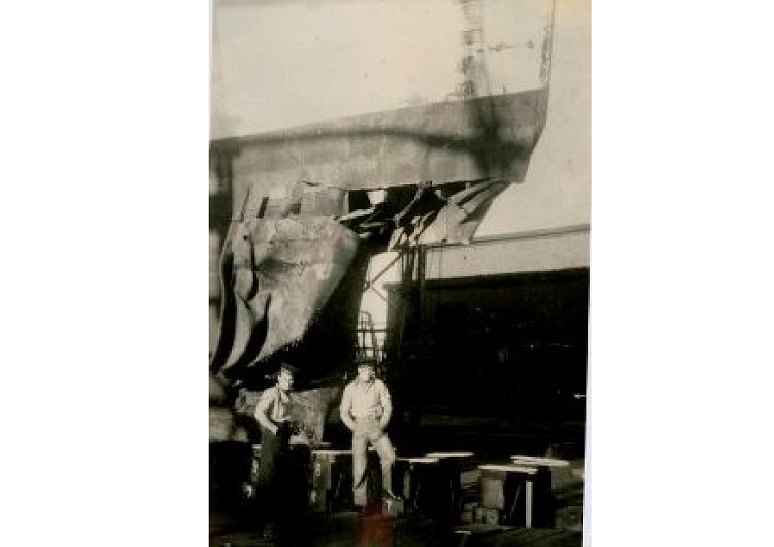 Photo of the ship in drydock shows the damage to the bow from ramming. A primitive tactic, it was usually hoped that the sub would sustain the greater damage (Metcalf Collection CWM 19750559-009_p5c)

In spite of the intense onboard fire, and U-boat shells which had penetrated the Assiniboine in several places and caused much interior damage, only one Canadian had been killed and was buried at sea with full honours.