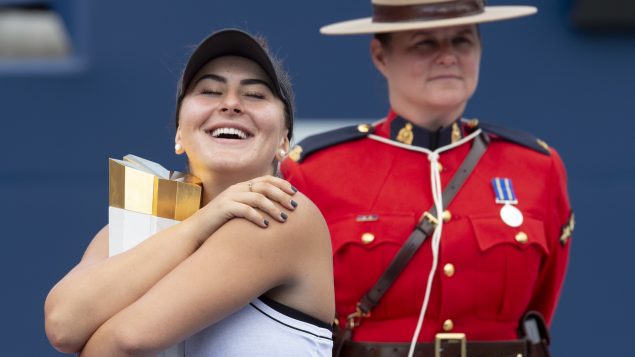 For the first time in 50 years, a Canadian woman has won Canada’s most important tennis tournament.

Her name is Bianca Andreescu, she is 19-years-old, and down the road she may win herself a title shot at international stardom.

Right now, she’ll have to settle for Canada, where lots of images of her sit on the front pages of newspapers across the country today.

Yesterday, she defeated Serena Williams in the championship match of the Rogers Cup when Williams was unable to answer the bell for the fifth game of the opening set with Andreescu leading 3-1.

And Presto! Just like that, Andreescu had her second win of a major international tournament this year.

She immediately went to comfort a teared-up Williams, who Andreescu counts as one of her idols. 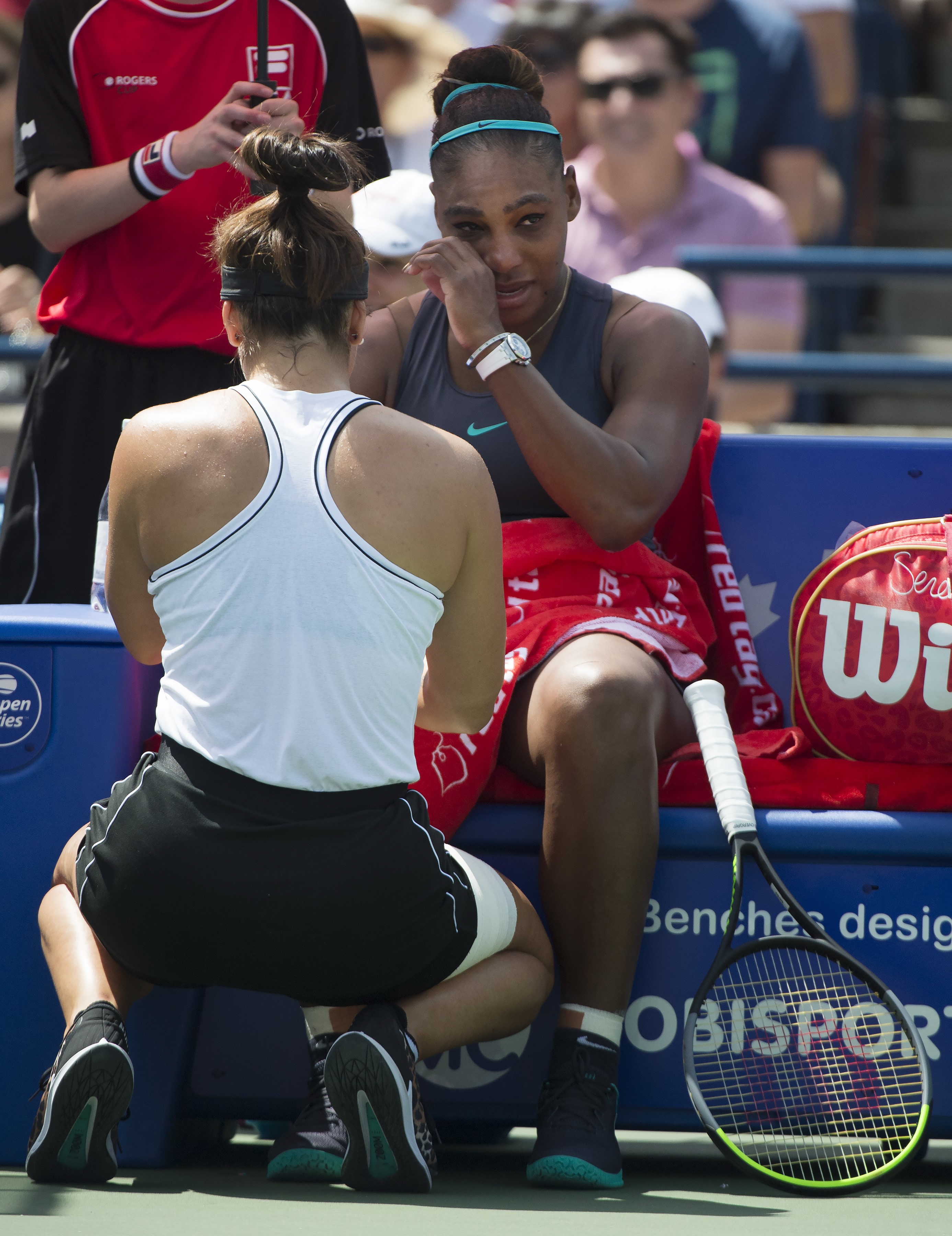 Williams, who received some TLC from Andreescu after withdrawing with injury from Sunday’s final, was impressed with the 19-year-old Canadian’s class in that shared moment on the bench, calling her a “great sportswoman” and an “old soul.”
(Nathan Denette/Canadian PresAndreescu had her second major tournament victory of the tennis season.

Not bad for someone who has pretty much been completely sidelined with injuries since winning the prestigious tournament at Indian Wells in March.

The following week she was forced to abandon another excellent run in Miami in the fourth round. before walking away after one round at the French Open in May.

While she won the match, Andreescu, understandabl, looked rusty and one could only wonder how long she would last at her hometown tournament. 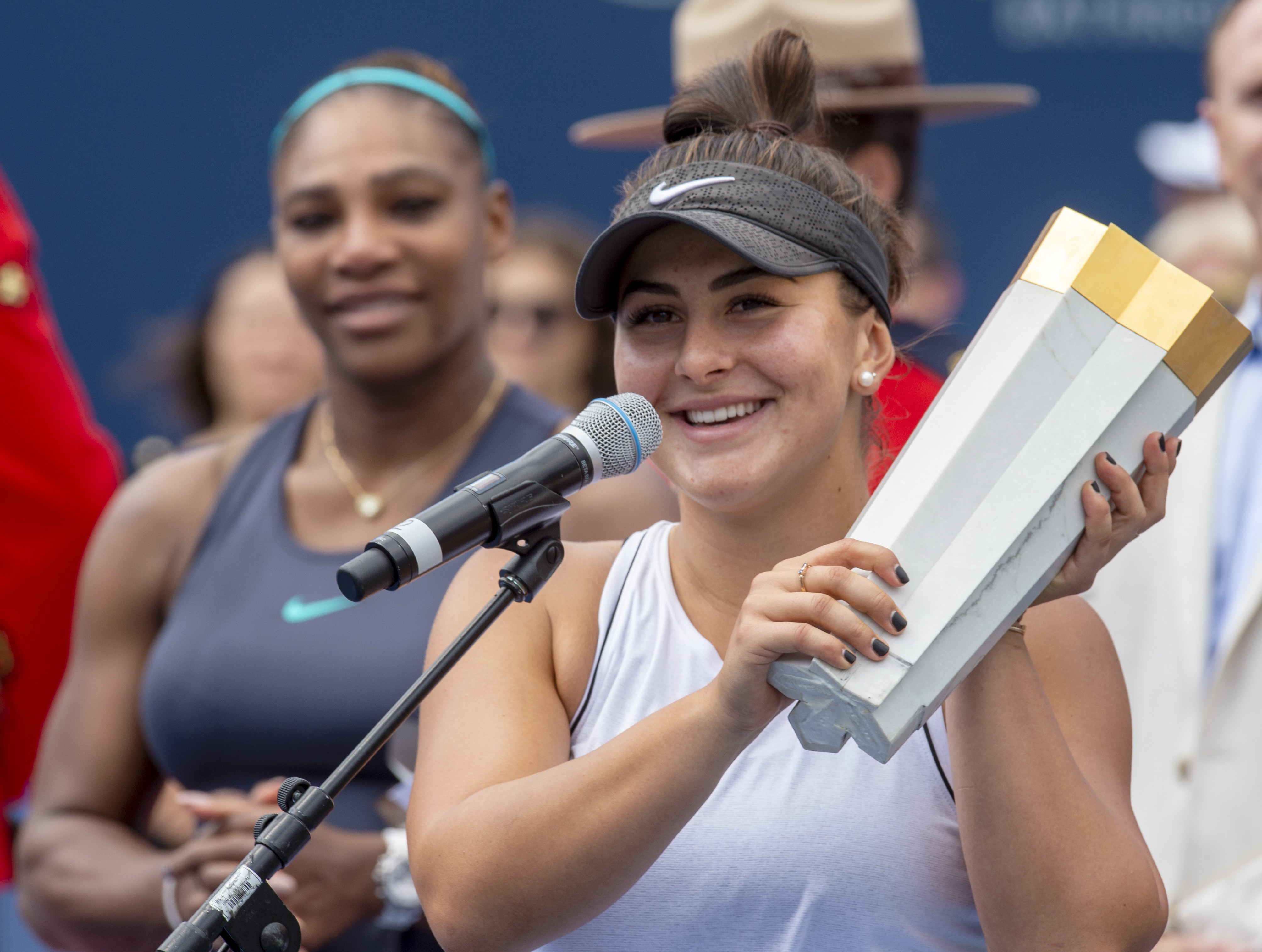 The victory moved Andreescu to No. 14 in the world rankings. (Frank Gunn/Canadian Press)

That question was answered Sunday afternoon when Andreescu, who is said to have a will of steel and a heart of gold, hoisted the winner’s trophy.

“It’s not the way I wanted to win, but a win is a win so I’m really happy,” said Andreescu, who became first Canadian to win the title since Faye Urban of Windsor, Ont., defeated Vancouver’s Vicki Berner in 1969 in a tournamentt hat was still played on clay courts and called the Canadian Open.

All of a sudden, she is the 14th highest ranked woman in the world, something that could wind up being a blessing or a curse.

I spoke Monday with Stephanie Myles, who is the editor-in-chief of Tennis.Life, writes about tennis for major newspapers across North America and works as a broadcaster for the French-language RDS sports network.

We discussed Andreescu’s victory in Toronto and what may lie ahead for the teenager.