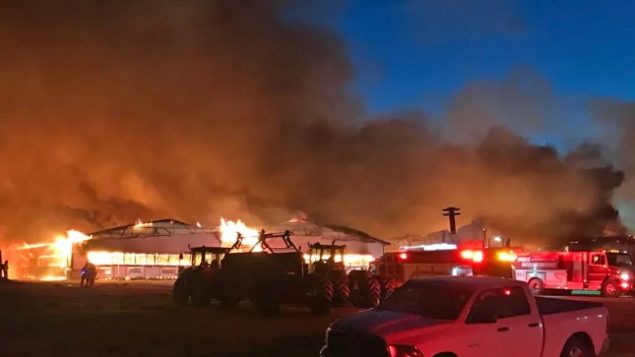 About 60 firefighters battled the fire Monday at the Pennwood Dairy farm in Manitoba that took the lives of an estimated 800 cows. (Steinbach Online)

The cleanup and the investigation have begun into what is every farmer’s worst nightmare.

Early Monday morning, a fire broke out at the four-barn Pennwood Dairy farm, northeast of the Manitoba town of Steinbach.

About 1000 cows and some workers performing milking operations were inside.

The workers made it our safely, about 800 cows did not. 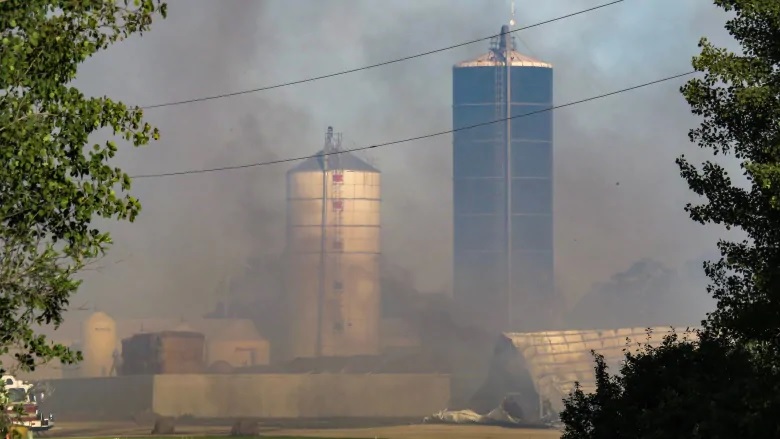 Smoke clouds around the four smouldering barns at the farm, northeast of Steinbach. Only 200 of the 1000 cows inside survived. (Lyza Sale/CBC)

When some 60 firefighters from six departments were finally able to defeat the blaze seven hours later, just 200 cows were still alive.

“I go to open my door, and I heard cows just screaming,” Christine Braun, who lives on a neighbouring farm, told CBC News’ Dana Hatherly.

The farm, located about 50 kilometres southeast of Winnipeg, is one of the biggest milk producers in Manitoba, accounting for about 2.5 per cent of the province’s milk production.

The fire is believed to have started in one of the four metal-clad buildings that were linked to each other. 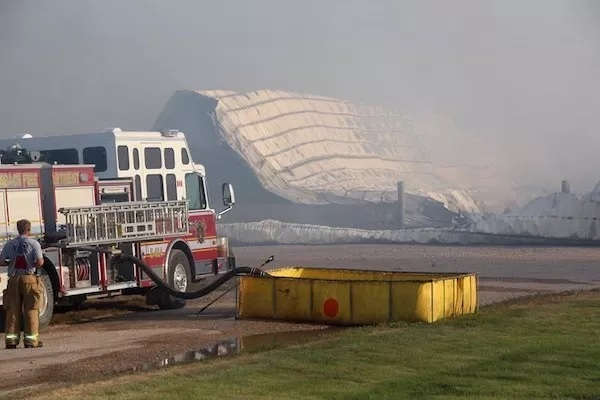 The scars of the fire are seen Monday. It’s believed the fire started in one of the four barns that burned down. (Canadian Press/HO-Steinbachonline)

Steinback fire chief Kevin Toews says the barns are wood frame structures with tin covering on the outside,

“What happens is the wood frame burns, the tin falls in, and you’ve still got pancakes of stuff burning inside,” Toews told Hatherly.

An average dairy farm has 130 cows.

In February, Pennwood Dairy sought permission to more than double the size of its operation.