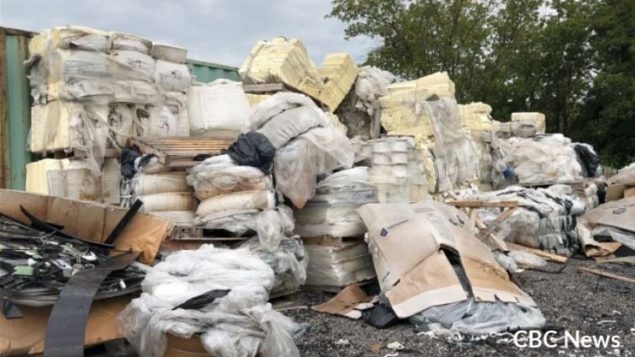 A pilot project in Whitby, Ont., turns non-recyclable plastics into usable fuel, rather than having the waste sit in a landfill. (Talia Ricci/CBC)

From dumpster to diesel: How a pilot project in Whitby is turning plastic waste into fuel

A pilot project in Whitby, Ont., is using technology to give plastic waste a second life by turning it into diesel fuel and gasoline.

The technology, dubbed the Phoenix, can convert single-use items like plastic bags and Styrofoam — items that would otherwise end up in landfill.

John O’Bireck, president of energy investment company Sparta Group, says he sees plastic “as a resource, not a scourge.”

He says the fuel produced by Phoenix is already being used in his company’s fleet of trucks that transport industrial waste.

“Five tonnes of plastic can be converted into about 4,000 litres. And 4,000 litres can drive our whole fleet of 10 vehicles back and forth every day running 16 hours a day.” … more