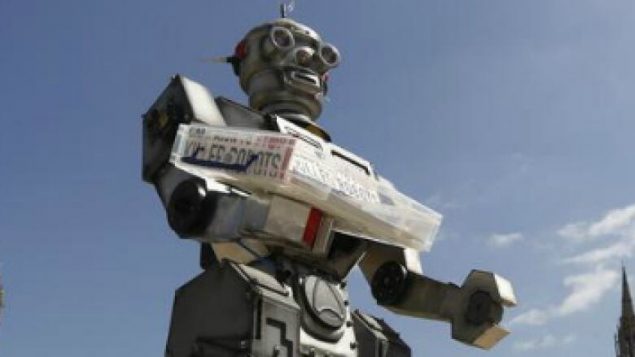 A robot pictured in front of the Westminster Abbey as part of the Campaign to Stop Killer Robots in London in April 2013. (Luke MacGregor/Reuters)

Representatives from 80 countries, including Canada, begin a three-day meeting on Monday to take another stab at coming up with of plan to deal with autonomous weapons, a.k.a. killer robots.

Delegates to the Convention on Conventional Weapons (CCW) at the United Nations in Geneva will include members from the Campaign to Stop Killer Robots, a coalition of 113 non-governmental organizations in 57 countries. 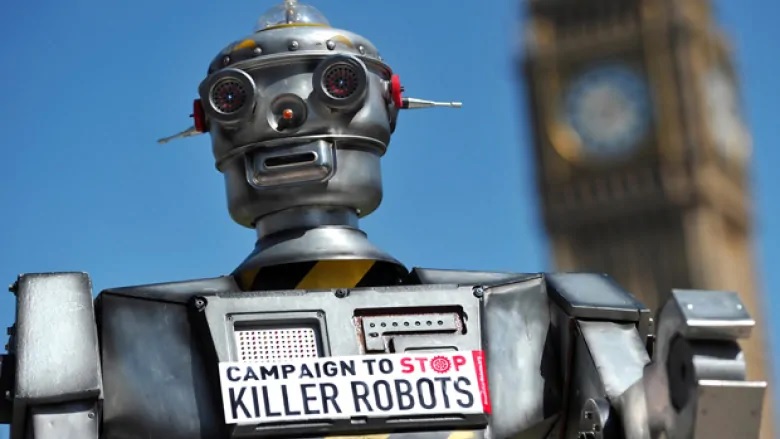 Canadians will be part of the Campaign to Stop Killer Robots delegation at a UN meeting next week in Geneva. (CBC)

The coalition wants to pre-emptively ban the development, production and use of fully autonomous weapons, an idea that doesn’t sit well with–among others–the U.K,, the U.S. and Russia.

While drones and other technologies are controlled by humans, lethal autonomous weapons systems (LAWS) could operate independently in military missions.

Supporters the weapons–with proper safeguards–could save lives; critics say they will lead to an arms race that could threaten humanity.

Human Rights Watch is a founding member and serves as global coordinator of the Campaign to Stop Killer Robots. 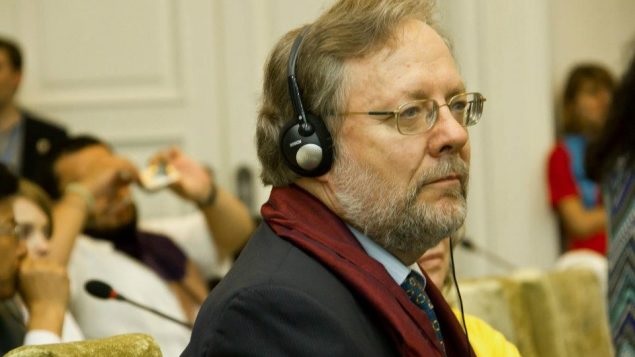 The financial and legal home for the campaign in Canada is Mines Action Canada.

I spoke by phone Thursday with Paul Hannon, the executive director of Mines Action Canada about killer robots and the Geneva meeeting.