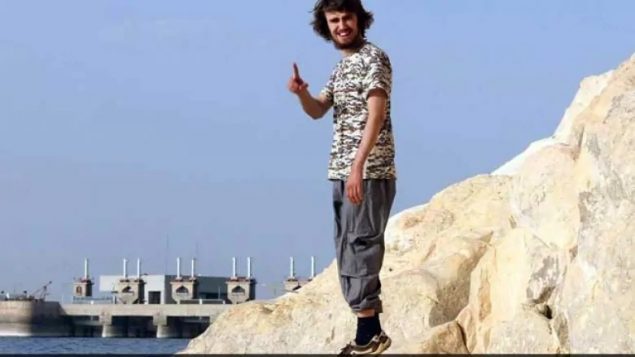 British Canadian Jack Letts shown at age 20. The man who grew up in England and who has been dubbed "Jihadi Jack by British media has been stripped of his British citizenship for his alleged militancy in support of ISIS. (Facebook)

Canada has no legal obligation to assist a dual U.K.-Canadian citizen suspected of travelling to Syria in 2014 to join ISIS, federal officials said Monday, a day after British officials revoked the young man’s U.K. citizenship.

Jack Letts, dubbed “Jihadi Jack” by British tabloids, has been held for nearly two years by Kurdish forces in northeastern Syria after allegedly trying to escape the fighting in the ISIS stronghold of Raqqa.  A Muslim convert, who grew up in Oxford, U.K., Letts had travelled to Syria at age 18.

His father, John Letts, who is a Canadian citizen, said he wants his son to come to Canada.

Jack Letts is one of several Canadians being held by Kurdish forces who spearheaded the fight against ISIS in northeastern Syria with support from the U.S. and other Western allies.

“There is no legal obligation to facilitate their return,” said a statement released Sunday from the office of Public Safety Minister Ralph Goodale.  “We will not expose our consular officials to undue risk in this dangerous part of the world.”

Barbara Harvey, a spokesperson for Global Affairs Canada, said Monday the federal government is aware of Canadian citizens being detained in Syria and is “particularly concerned” with cases of Canadian children in Syria.

Given the security situation on the ground, the federal government’s ability to provide consular assistance in any part of Syria is extremely limited, she added.

“The Government of Canada is engaged in these cases and is providing assistance—to the limited extent possible,” Harvey told Radio Canada International in an emailed statement.

“Canadian diplomats have established a communications channel with local Kurdish authorities in order to verify the whereabouts of some Canadian citizens.”

Reports of an agreement concerning the repatriation of Canadian citizens from Syria are false, Harvey said, adding that due to provisions of the Privacy Act, no further information can be disclosed. 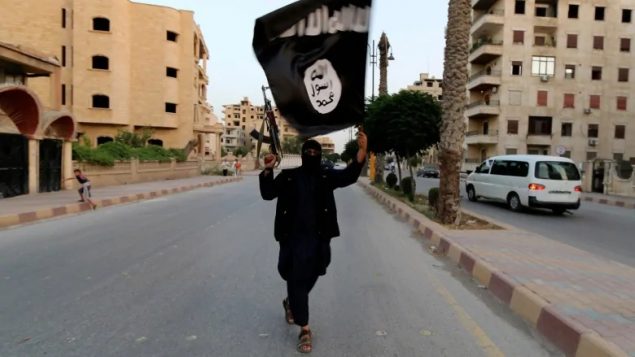 An Islamic State militant waves an ISIS flag in Raqqa, Syria. In December, Ottawa estimated the number of Canadian extremists abroad at about 190. (REUTERS)

Speaking on background, federal officials familiar with the cases of suspected Canadian jihadists in Kurdish custody said it would be extremely difficult for Canadians detained in Syria to leave the region.

Even if it were possible for them to leave Syria, these suspected ISIS fighters would most likely be detained by authorities and face serious charges – possibly even death sentence – in neighbouring countries, Canadian officials say. 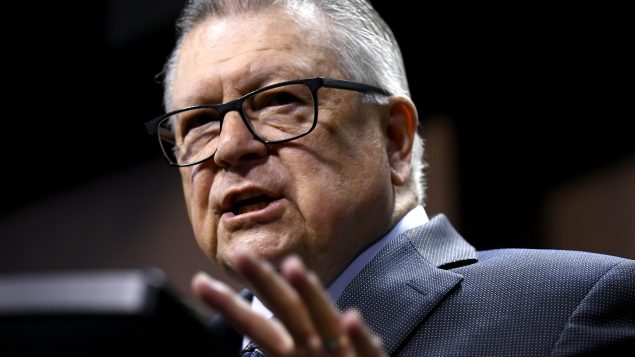 Minister of Public Safety and Emergency Preparedness Ralph Goodale speaks during an announcement on Parliament Hill in Ottawa on May 16, 2019. (Justin Tang/THE CANADIAN PRESS)

On Sunday, Goodale said Canada was “disappointed” with the U.K.’s “unilateral action to offload their responsibilities.”

“Terrorism knows no borders, so countries need to work together to keep each other safe,” Goodale said in a statement.

“Investigating, arresting, charging and prosecuting any Canadian involved in terrorism or violent extremism is our primary objective.  They must be held accountable for their actions.”