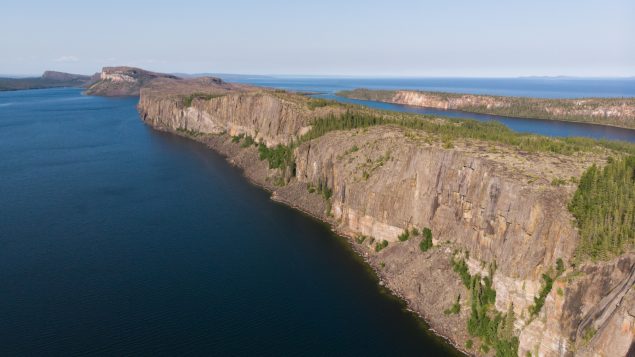 A remote Indigenous community in Canada’s Northwest Territories is celebrating today the creation of a new Indigenous protected area that will safeguard an area of pristine wilderness larger than all of Israel or Belize from any industrial development or mining.

After decades of on-and-off discussions and years of negotiations, the Łutsël K’e Dene First Nation (LKDFN) has finally formalized agreements with the federal and territorial governments to jointly establish Thaidene Nëné as a new protected area and to co-manage conservation efforts there.

Thaidene Nëné, which means “Land of the Ancestors” in Denesǫłine Yati, the local Indigenous language, will permanently protect 26,376 km2 of nationally significant boreal forest, tundra, and freshwater ecosystems in and around the East Arm of Great Slave Lake, northeast of Łutsël K’e.

“Thaidene Nëné is an area of breathtaking beauty, natural abundance and immense cultural significance to the Indigenous communities in the region,” said in a statement Environment and Climate Change Minister Catherine McKenna.

The federal government will be investing $40 million towards infrastructure and for the operations of the national park reserve in the first 12 years and $3.4 million annually for operations thereafter, McKenna announced. 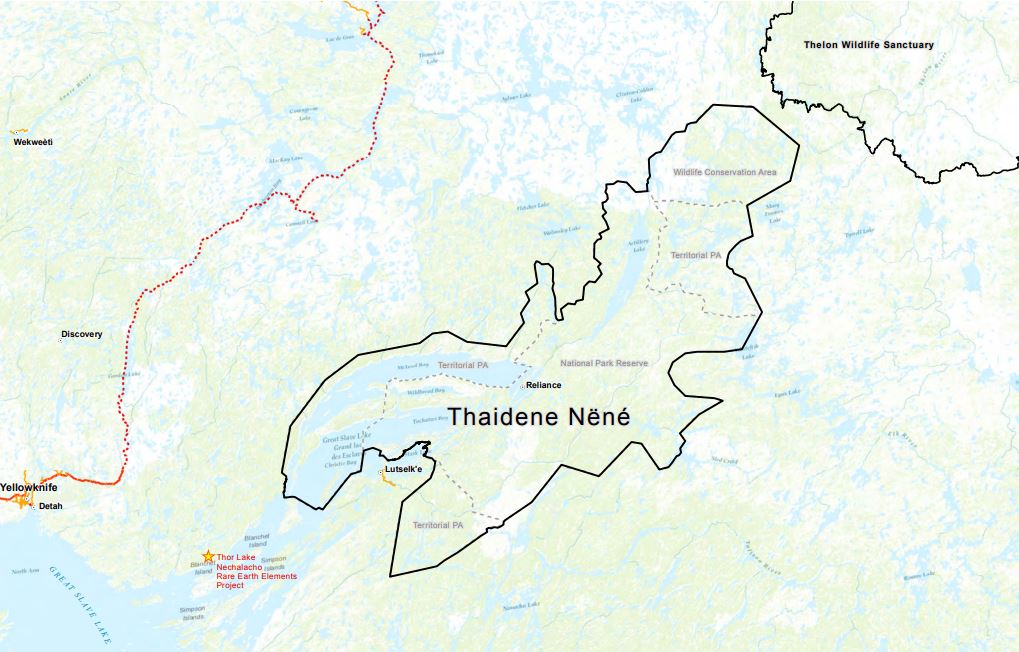 Łutsël K’e Dene First Nation Chief Darryl Marlowe said this was a historic opportunity for his community of about 400 people nestled at the eastern arm of the Great Slave Lake.

“We’re making history,” Marlowe said in a phone interview from Łutsël K’e. “The Łutsël K’e Dene First Nation are going to be leading the protection and stewardship of Thaidene Nëné, our traditional homelands that are significant on local, national and global scale.”

(click to listen to the interview with Chief Darryl Marlowe)

The protection and stewardship of Thaidene Nëné is a sacred responsibility passed down to Łutsël K’e through generations of elders, said Marlowe.

“It’s very important that we keep that area protected as much as possible so our future generations can practice our way of life as future Dene people,” Marlowe said. “For hundreds and thousands of years we were people that depended on the land and we strongly depend on the land today. We never want to leave that way of life.” 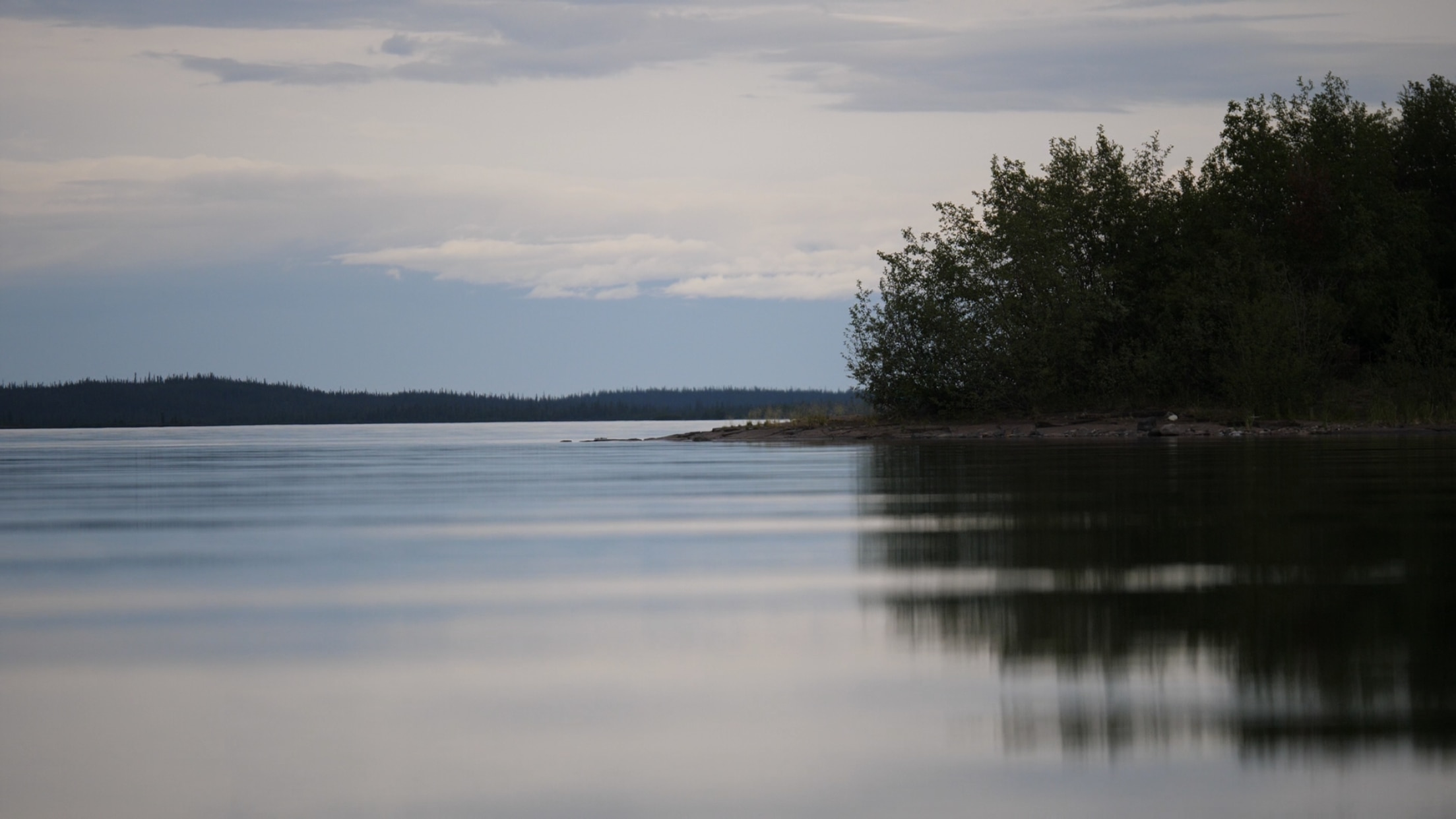 At approximately 14,000 square kilometres (more than double the size of the Greater Toronto Area), Thaidene Nene National Park Reserve encompasses the Artillery Lake area, a portion of East Arm’s Christie Bay, portions of Eileen and Whitefish lakes, the Lockhart River, most of the Snowdrift River, Tyrell Falls, Reliance, Fort Reliance, and many picturesque bays such as Maufelly, McLeod, and Wildbread. (Mario De Ciccio/Radio-Canada)

Steven Nitah, the chief negotiator for the Łutsël K’e Dene First Nation (LKDFN), said the agreement goes a long way in honouring the treaty that the federal government signed with his ancestors in 1900.

“For Łutsël K’e whose homeland, Thaidene Nëné, will be housed in [in the new protected area], we know going forward that land will be managed in perpetuity, we will never have to defend that land against industrial interests,” Nitah said. “And we know what our responsibilities will be in that area.”

Łutsël K’e will be working with two levels of crown governments in the governance, operations and management of a national park reserve and a territorial protected area, Nitah said.

(click to listen to the interview with Steven Nitah)

In partnership with Łutsël K’e, Parks Canada will protect the 14,305 km2 core of Thaidene Nëné as a National Park Reserve using the Canada National Parks Act, while the territorial  will protect an abutting 12,071 km2 as territorial protected and conserved areas under the Territorial Protected Areas Act and the Wildlife Act, Nitah said.

Łutsël K’e Dene First Nation, the federal and the territorial governments will share jurisdiction and responsibility for managing Thaidene Nëné with decisions being made by consensus, Nitah said.

LKDFN will also play a key role in staffing and operations through the Ni hat’ni Dene Rangers—”Watchers of the Land” who will serve as the Indigenous guardians of Thaidene Nëné.

Thaidene Nëné will contribute 1.6 per cent to Canada’s efforts to meet international commitments to protect 17 per cent of lands and inland waters, said McKenna. 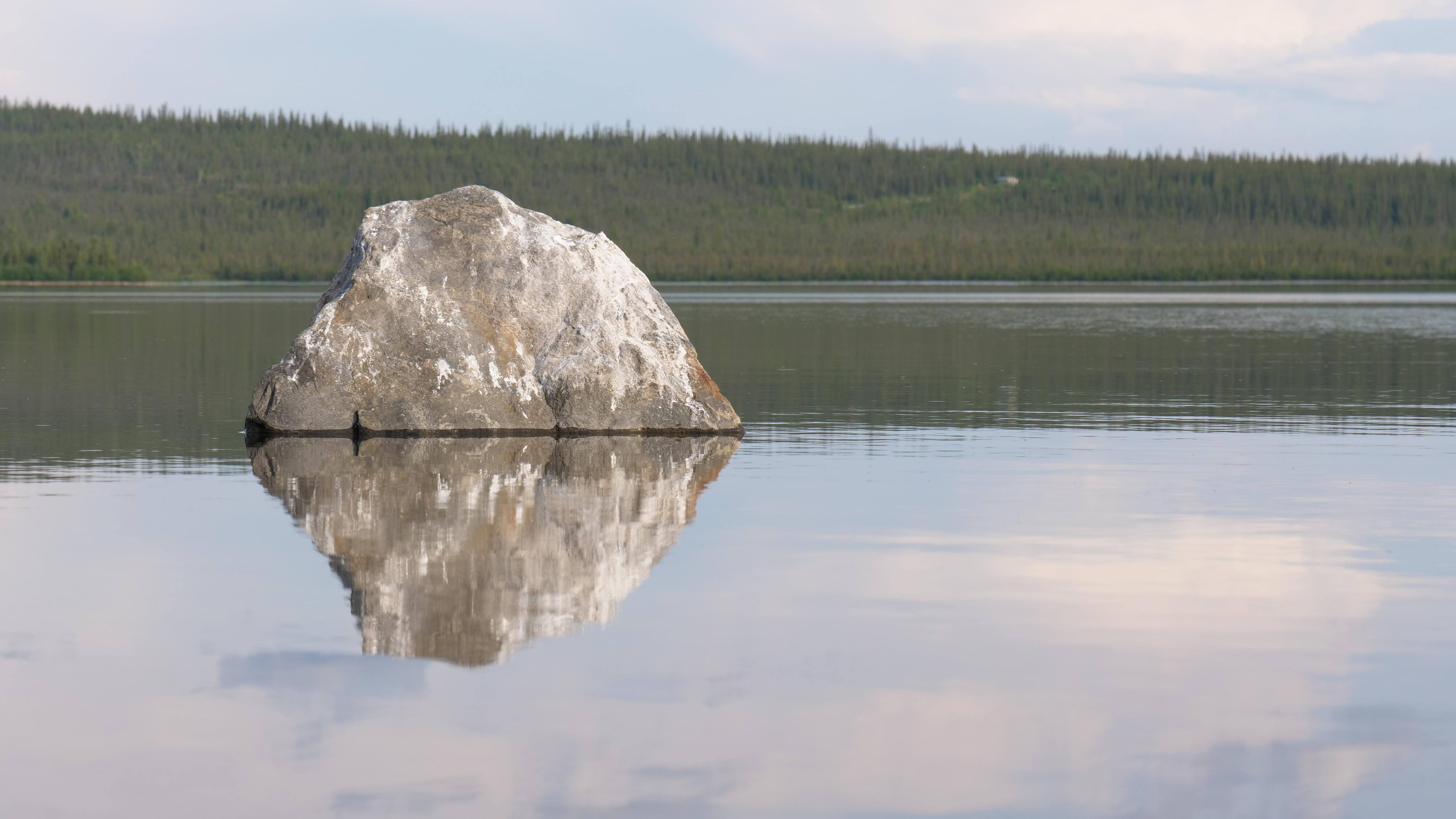 The federal government first approached the Łutsël K’e Dene First Nation with the idea of creating a national park in the area in the late 1960s. (Mario De Ciccio/Radio-Canada)

First discussions about creating a national park in the area began in the late 1960s, but the Łutsël K’e Dene First Nation balked at the idea.

However, in 1982 Canada adopted its constitution, which formally recognized Aboriginal treaty rights.

In subsequent years the changing legal, political and social environment and attitudes towards reconciliation with the Canada’s Indigenous Peoples eventually made it possible for the LKDFN, the federal and territorial governments to sit down and hammer out a package of agreements that created the new protected area, Nitah said.

Valérie Courtois, the head of the Indigenous Leadership Initiative and a leading proponent of Indigenous Partnership Areas, said Indigenous stewardship is needed now more than ever.

“The world is facing an extinction crisis, and Canada has pledged to do its part to turn the tide,” Courtois said.

“The biggest opportunities to conserve lands on a grand scale are coming from Indigenous Nations—places like Thaidene Nëné.”

Investing in more Indigenous Protected Areas and Indigenous Guardian programs will make Canada a global leader on conservation, she added.