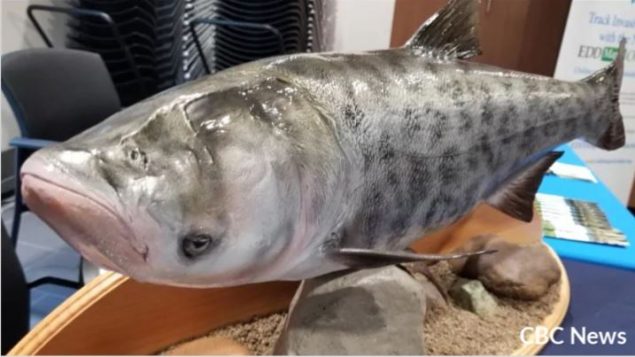 The Invasive Species Centre held an information session to educate the public about Asian carp and its growing threat to the Great Lakes. (Tahmina Aziz/CBC)

Officials at the Invasive Species Centre are asking the public for help to identify and locate Asian carp in the Great Lakes.

Commercial fishermen, anglers, cottage owners and boaters have been asked to actively search for the invasive fish while out on the waterways.

According to Becky Cudmore, regional manager of the Aquatic Invasive Species Program at the Department of Fisheries and Oceans (DFO), the Asian carp are an imminent threat.

“We really feel like they’re starting to come through the door and we need everybody’s help to try and shut that door,” said Cudmore.