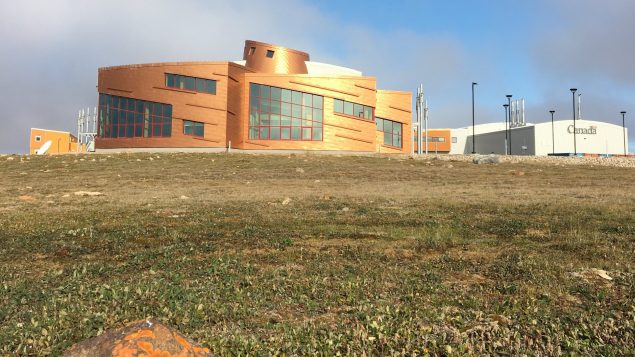 It’s been more than a decade in the making but the Canadian High Arctic Research Station (CHARS) campus in Cambridge Bay in Nunavut finally opened its doors to the public Wednesday.

Federal politicians, territorial leaders and residents of the tiny Inuit community were at hand to celebrate the milestone event.

The new state-of-the-art facility will allow Canadian and international scientists to conduct cutting edge research and share and exchange knowledge with Inuit without having to leave the Arctic, said officials with Polar Knowledge Canada, the federal agency responsible for advancing polar science and technology.

The federal government invested a $204 million to design and build the facility, which consists of three modules: the main research building, a field maintenance building, and two accommodation buildings to house visiting scientists.

In addition, Ottawa is putting in $46 million for the implementation of the initial five-year Science and Technology Program at CHARS. 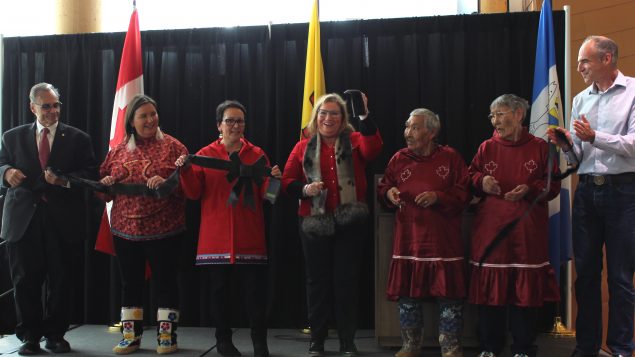 Left to right: Richard Boudreault, Chair of the Board of Directors of Polar Knowledge Canada; Her Worship Pamela Gross, Mayor of Cambridge Bay; The Honourable Jeannie Ehaloak, Member of the Executive Council of Nunavut and Member of the Legislative Assembly for Cambridge Bay; Yvonne Jones, Parliamentary Secretary to the Minister of Intergovernmental and Northern Affairs and Internal Trade; Elder Annie Atighioyak; Elder Mabel Etegik; Dr. David J. Scott, President and CEO of Polar Knowledge Canada. (POLAR)

The campus was developed in close consultation with residents of Cambridge Bay and Inuit Knowledge informed its design. Its architecture incorporates many references to Inuit culture, and Inuit art is a prominent feature of the Main Research Building, Polar Knowledge Canada said in a press release.

“Together, Arctic science and Indigenous Knowledge help us better understand the unique challenges presented by the Arctic environment and climate change,” said in a statement Minister of Crown-Indigenous Relations Carolyn Bennett. 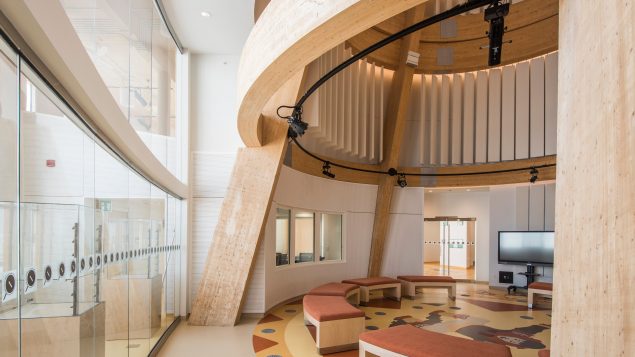 Inuit Knowledge informed the design of the new facility, its architecture incorporates many references to Inuit culture, and Inuit art is a prominent feature of the Main Research Building.(POLAR/Twitter)

“The campus also provides a fantastic opportunity to give young northerners a chance to explore science—to see what science looks like as a career, here in the Arctic,” Scott said.

“Polar research directly affects Northerners, and it makes sense that they’re part of it, from the ground up. The opening today brings us closer to a future where more Northerners are involved in all aspects of research.”