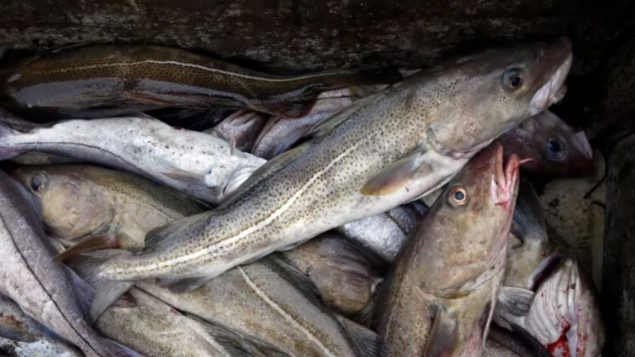 In this April 23, 2016, file photo, cod fill a box on a trawler off the coast of Hampton Beach, N.H. (Robert F. Bukaty/The Associated Press)

Rising seal population could lead to codfish extinction in Gulf of St. Lawrence

Fisheries and Oceans Canada (DFO) has issued a stark warning linking the demise of codfish in the southern Gulf of St. Lawrence to a rapidly increasing seal population.

The warning is contained in the most recent stock assessment of Atlantic cod in the southern Gulf that was released earlier this month.

“At the current abundance of grey seals in this ecosystem, recovery of this cod population does not appear to be possible, and its extinction is highly probable,” the report says.

DFO fish biologist Doug Swain said the cod population is now about five per cent of levels in the 1980s, and the downward spiral is accelerating despite a moratorium on a directed cod fishery in the Gulf since 2009.