A Surrey, B.C. student uses a cellphone while at school. A Montreal region school has just joined many others in restricting cell phone use in school. (Martin Diotte/CBC)

A school in Montreal has joined a growing list of school which have restricted or outright banned cellphones.

While some have banned them in class, others have gone further and banned use during recreation or lunch on school property.

Teenage students at St Thomas High School in the Pointe Claire suburb of Montreal will now have to turn off their phones and leave them in their school lockers all day.

If caught using the phone for the third time, the device risks being confiscated until a parent can retrieve it at the end of the school day. It could also be confiscated during school hours for three days.

The province of Ontario banned cellphone use in schools across the province starting this school year but not immediately, rather starting in November. 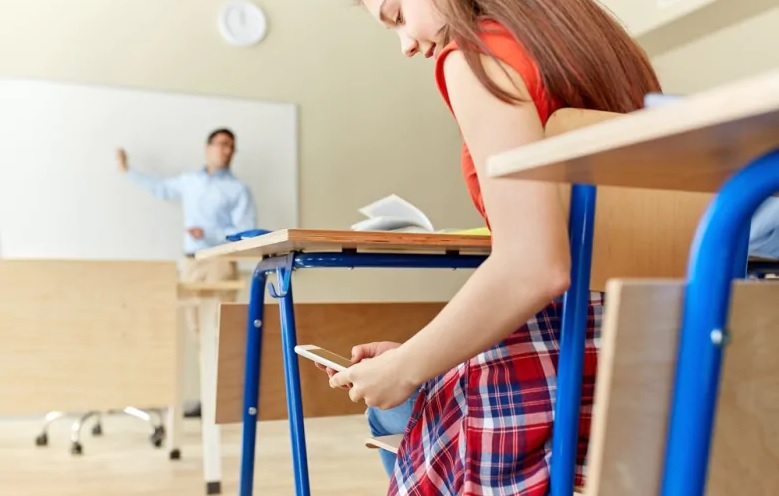 Most educators say cellphones in class are a distraction and disturbance and hinder learning. (Shutterstock)

Ontario is the only jurisdiction to announce a province wide restriction.

Elsewhere, restrictions on student use of cellphones has been enacted by individual schools such as Central Middle School and Shoreline Middle School in Victoria British Columbia, or school districts such as the Elk Island district in Alberta.

Late last month the Elk Island district announced that young children in primary school grades can’t use the phones at any time during school. Older students, Grade 7 and up, can only use them during breaks such as during lunch.

In almost all cases, phones can be used in urgent situations, or if the teacher wants to incorporate them into a lesson. The majority of parents are in favour of restrictions on cellphones in class