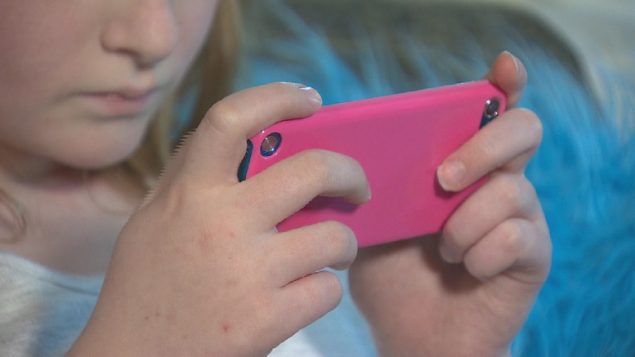 A young girl with her phone. Anecdotal evidence now suggests constant preoccupation with screens may be reducing children's natural creativity and imagination. (CBC)

They’re everywhere; mobile phones, tablets, and laptops.  It seems we can’t get by even for a moment without them.  That also applies to young people and even young children.

Before “screens” children would often invent playmates and engage in hours of imaginary play. A recent survey of daycare workers in Britain says kids today have fewer imaginary playmates than just five years ago.  Screen devices are thought to be replacing the invisible playmates.

For more on this we spoke to Sara Dimerman (DIP.CS, C.Psych), psychologist and author in Thornhill, Ontario

In the past, a big cardboard box could keep a child and his or her imagination going for hours as they turned it into a fort, a dollhouse, a cave or something else. Playing outside also seemed more common.

These days a child might just as likely be sitting and staring into a cellphone texting or playing a computer game, or watching youtube, with little or no imaginative or creative input.

It was active, it was imaginative. Some children would also invent imaginary playmates and though often a creation of children who experienced shyness, it was a normal part of growing up and often such children demonstrated slightly more advanced creativity and complex verbal and social skills. 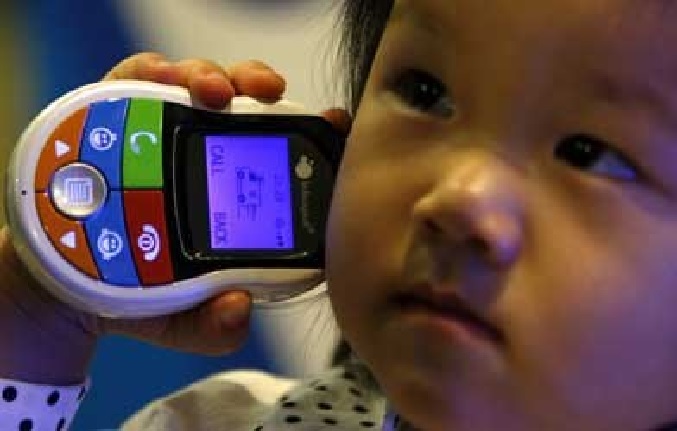 Cell phones and other screen devices are becoming more common with younger and younger children. The World Health Organisation and Canadian Paediatric Society have also advised parents to limit screen time for children as a health issue. (via CBC Marketplace)

It seems that screens today are ubiquitous and now becoming more so in younger and younger hands. Dimerman says screens are passive entertainment and that is replacing the active and imaginative abilities of children to entertain themselves..

For parents who may be concerned about excess screen time and effects on creativity and imagination, Dimerman suggests having toys handy and providing ideas and incentives for independent play. Also helping children invent scenarios which could be through reading, drawing, storytelling, and engaging with them to explore scenarios beyond the story or drawings. Basically any activity that doesn’t involve a screen is to be encouraged.

Guardian (UK) Aug 30/19: D Buchanan: Imaginary friends a sign of lively creative mind. But they are leaving us