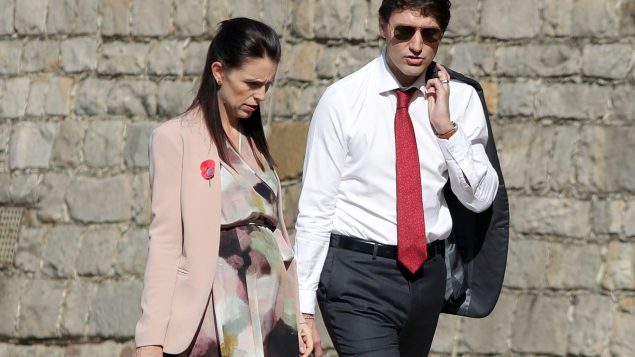 Prime Minister Justin Trudeau and his New Zealand counterpart discussed gun law reforms implemented by the government of Jacinda Ardern following the deadly Christchurch mosque shootings last March, according to a readout of their phone conversation released by the Prime Minister’s Office.

Ardern acted swiftly after 51 people were killed and dozens more injured when a gunman opened fire at two mosques in Christchurch on March 15.

Parliament adopted sweeping reforms of New Zealand’s gun laws within weeks of the massacre, implementing a ban on semi-automatic firearms and setting up a buy-back plan, under which more than 10,000 firearms have already been taken out circulation.

In July, Ardern announced the second tranche of gun law reforms, which include establishing a firearms register and requiring licences to be renewed every five years. 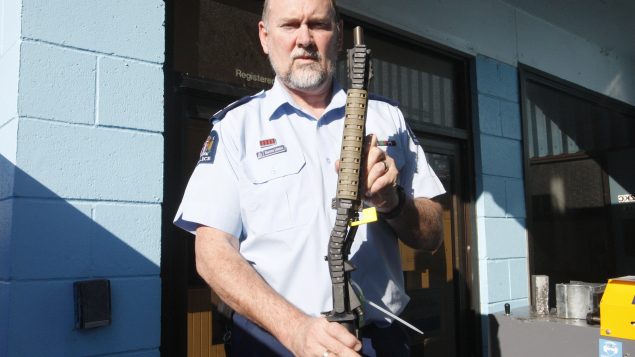 In this Aug. 31, 2019, photo. Police Senior Sgt. Braydon Lenihan poses holding a banned gun that has been bent by a hydraulic machine outside a temporary gun collection venue in Porirua, near Wellington, New Zealand. New Zealand is six weeks into an ambitious program to buy tens of thousands of guns from owners across the country. (Nick Perry/AP photo)

The Arms Amendment Bill will also “enshrine in law that owning a firearm is a privilege and comes with an obligation to demonstrate a high level of safety and responsibility.”

The two leaders also discussed relations with China and the protests in Hong Kong, as well as climate change and reform of the World Trade Organization.

China is a key export market for New Zealand and has overtaken Australia as New Zealand’s largest trading partner. The agricultural-driven economy of New Zealand relies on selling billions of dollars’ worth of milk powder to China, which is used in infant formula.

However, last month, Ardern was forced to remind Chinese officials in New Zealand that her country “will uphold and maintain our freedom of expression” after Chinese diplomats praised students from mainland China for disrupting pro-Hong Kong protesters on campuses.