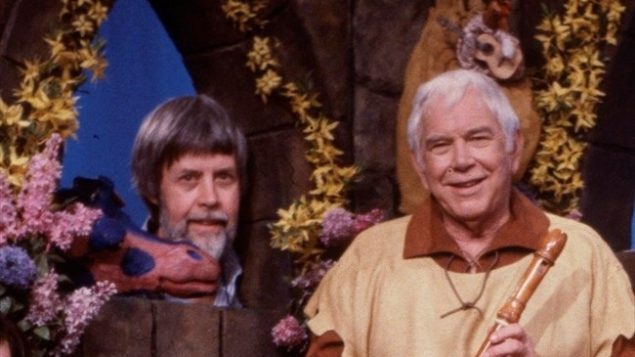 Like a lot of artists, Rod Coneybeare’s creations are likely more iconic than the man himself, but Coneybeare, from all indications a wonderful man, forged a wide, witty and gentle path through the Canadian media landscape that left a mark that thousands will miss and remember

A winner of two ACTRA awards, Coneybeare hosted numerous radio shows and helped raise a family of four children, but for generations of Canadian children, he will be remembered for his magic imagination.

From 1958 to 1985 Coneybeare was the voice of Rusty the Rooster and Jerome the Giraffe on The Friendly Giant, a TV show that left audiences feeling pretty darn good about it all.

Coneybeare died last Thursday in Lindsay, Ont. at the age of 89.

The icons he left behind were contrasts: Rusty was bookish and earnest, Jerome was boisterous.

They came into being after Coneybeare teamed up with the show’s creator, Bob Homme, who first produced the The Friendly Giant in Wisconsin.

The format was simple, the results were terrifiic: Friendly told stories to his puppet friends, Rusty and Jerome, usually in front of the castle where they lived.

And what a team they all were.

Coneybeare always said the show’s appeal was that it refused to patronize its audience. 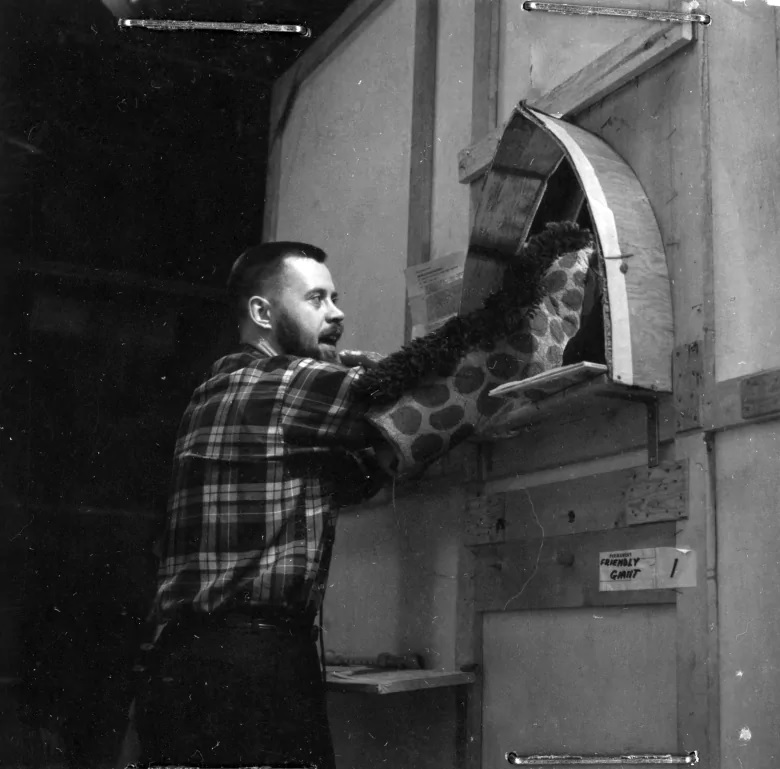 Coneybeare is shown with Jerome the Giraffe on the set of the Friendly Giant on May 30, 1965. (CBC)

It was “an island of quiet and intelligence, humour, music and books–much like a real conversation bright kids might have with as witty adult.” he once said.

Homme and Coneybeare were masters of improvisation, usually working off a one-page script, made possible, according Homme, because of a “special kind of understanding between Rod and me, and instinctively being able to follow each others thoughts.”

Born in Belleville, Ont., Coneybeare told the Toronto Star he began his show business career as a “radio bum,” working across Ontario at various radio stations.

He hit the jackpot when he created his iconic characters on The Friendly Giant in the late 1950s.

After leaving The Friendly Giant, Coneybeare touched a lot of bases, many of them in radio, shows that were marked by his wit, humour and intelligence.

He is survived by his wife, Moira, four children and seven grandchildren.

As well as by thousands of Canadian kids, who while they might not–to this day–know exactly what he looks like, but who have no trouble connecting with his soul.