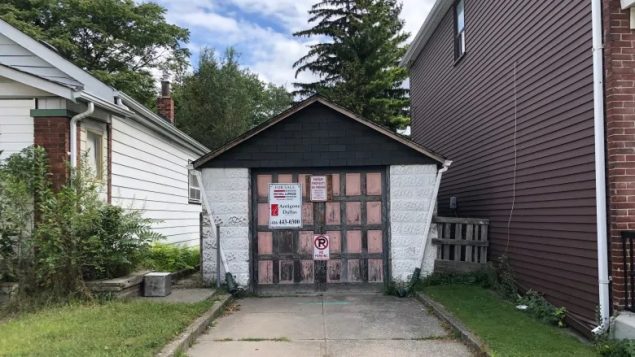 Would you pay over half a million dollars for this beat up garage on a narrow lot? In Toronto you will. (Haweya Fadal-CBC)

As housing prices continue to rise quickly across Canada, Toronto remains the hottest market with no end in sight.

Literally for years experts have been saying the “bubble” will burst soon and prices will drop.  There’s been no sign of that.

The latest example is this run down single car garage. It used to belong to the house next door, but when that was sold, the garage portion was severed off to become a 20ft x 100ft lot. (6m x 30.4m)

Of course, it’s the property that’s interesting, as the realtor says one could build a narrow two story house on the lot of 1,500-2,000 sq.ft (139-185 sq/m).  The realtor says the price is reasonable, given the scarcity of land in Toronto, and the desirable location. 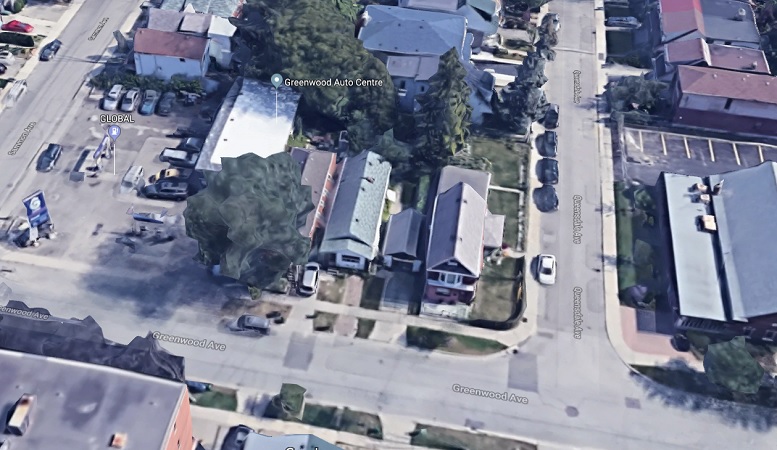 Aerial view of the narrow garage lot squeezed between to houses in East York area of Toronto. (google street)

But on top of the almost $600,000 for the lot, theres the cost of removal of the garage, land transfer tax, legal fees and build cost of a new home, which could add somewhere in the neighbourhood of an additional $300,000. 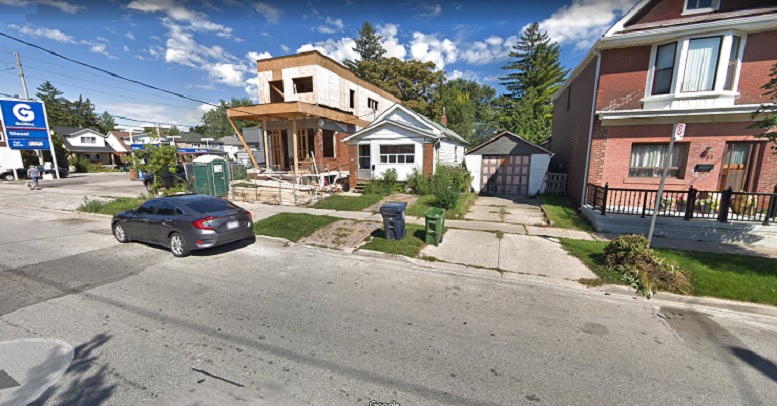 A wider shot shows the tiny garage lot, but an advantage for an eventual buyer and builder is a driveway parking spot, another hot commodity in crowded Toronto. (Google street)

Quoted in the CBC, a neighbourhood resident says she’s not shocked at the almost $600 thousand price for the narrow lot noting that the price makes it inaccessible for a lot of young people adding “This used to be a neighbourhood where first-time home buyers could buy in, and it’s not that anymore.”