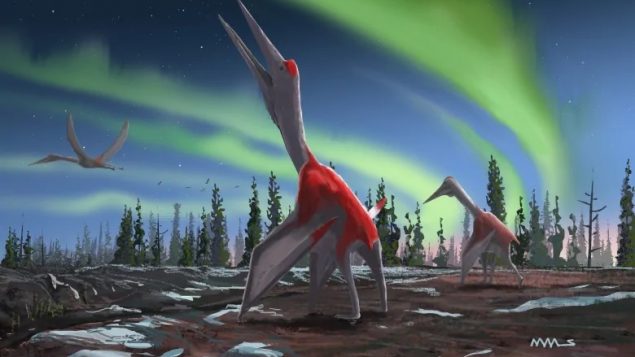 The 'Frozen Dragon of the North Wind' would have been similar to a giraffe in size and proportions, with long legs and a long neck, as shown in this illustration. It lived about 77 million years ago. (David Maas)

Giant giraffe-like reptiles once flew the skies over Alberta

Ah, so romantic and so Canadian (not necessarily antithetical, by the way).

Roll this around on your lips: “Frozen Dragon of the North Wind.” 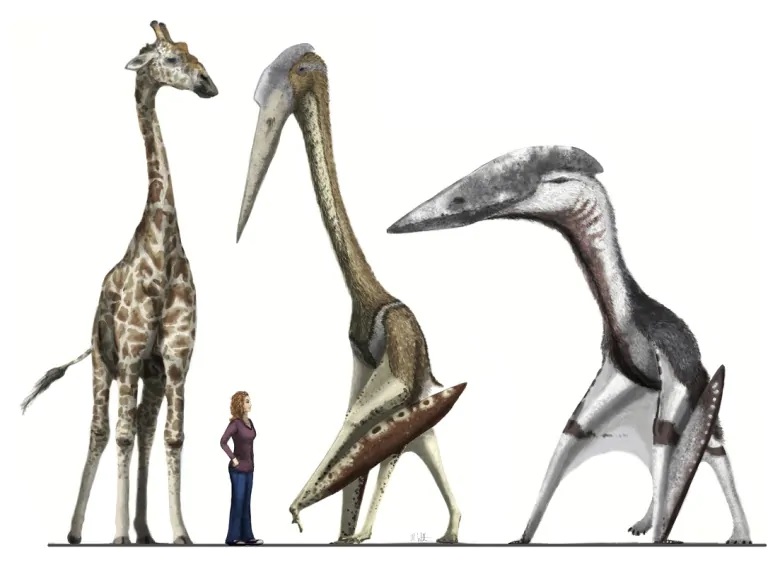 Cryodrakon belonged to a group of giant pterosaurs called Azhdarchids. In this illustration, a giraffe is compared to Cryodrakon’s similar-sized relatives Arambourgiania philadelphiae, middle, Hatzegopteryx thambema, right, and a human. (Mark Witton)

Well, seventy-seven million years ago during the Cretaceous period, during the Age of Dinosaurs, there lived flying reptiles that weighed as much as several adult humans combined, had the wingspan of a small plane and ran like giraffes.

And where did they live?

In Canada, in what is now called Alberta.

Now, they have a name.

Researchers have identified them as a new species. 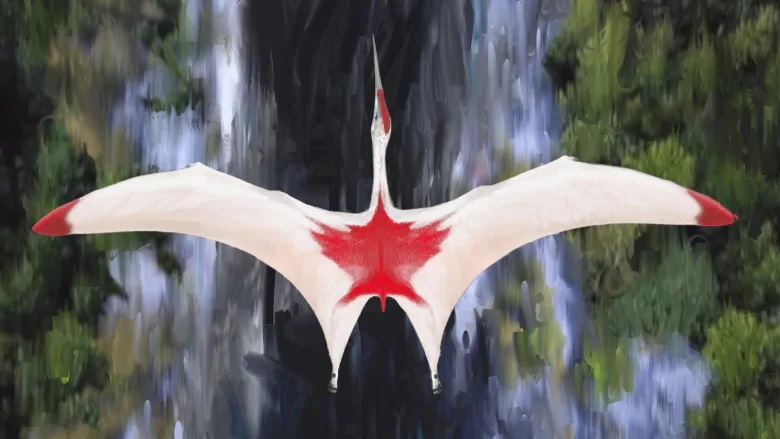 Cryodrakon boreas, seen in an artist’s reconstruction, is a new species of pterosaur identified from bones found over several decades in Alberta’s Dinosaur Park Formation in the provincial park. Its wing span stretched about 10 metres from tip to tip. (David Maas)

A paper published Tuesday in the Journal of Vertebrate Paleontology says the species was identified from fossils collected by
paleontologists and local residents over several decades in Alberta’s Dinosaur Provincial Park.

The study describes animals that would have been about half as tall as a giraffe with wings that stretched about 10 metres from tip to tip.

“These things have great, big long necks as well,” says David Hone, lead author of the paper and a paleontologist at Queen Mary University in London.

Hone says that in addition to flying, they would have walked and run on all fours, likely with a giraffe-like gait that moves both legs on one side at the same time to avoid tripping.

As for the name?

“We wanted to try and evoke that.”