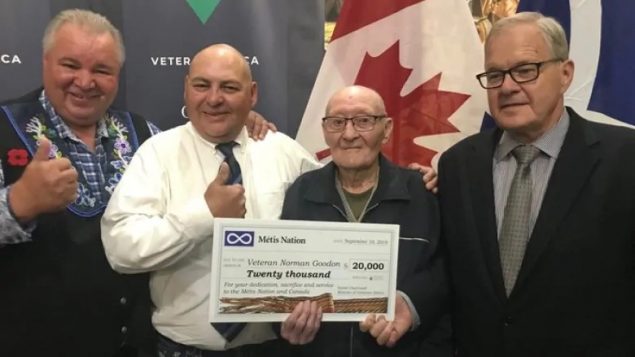 In a packed Canadian Legion hall in Regina, Saskatchewan, Canada’s minister of Veterans Affairs delivered the apology Canadian Métis have been waiting for for what seems to too many of them as forever.

“We apologize,” Lawrence MacAuley told the gathering, as he promised compensation, saying he regretted “that our country has taken-three-quarters of a century” to make the acknowledgement.

Most of the money will go to a legacy fund to support initiatives like education or monuments. 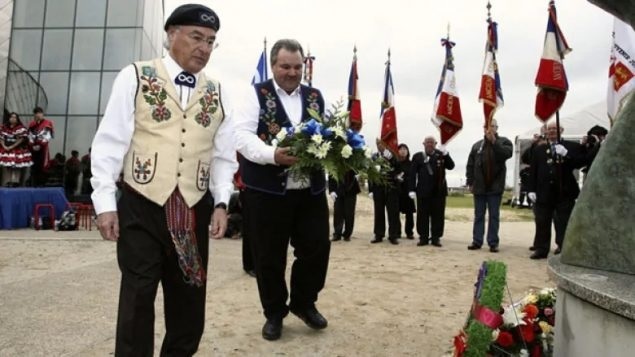 The Métis National Council has only succeeded in tracking down about a dozen Métis veterans who served in the Second World War.

The estates of veterans who have died within the last three years will also receive cheques.

As part of the Tuesday’s ceremony, MacAuley presented a $20,000 check to 93-year-old Norman Goodon, one of the last surviving Métis veterans.

Tuesday’s ceremony follows years of negotiations between Métis leaders and the federal government, which did not include Métis when an agreement was reached nearly 20 years ago to compensate First Nations veterans.