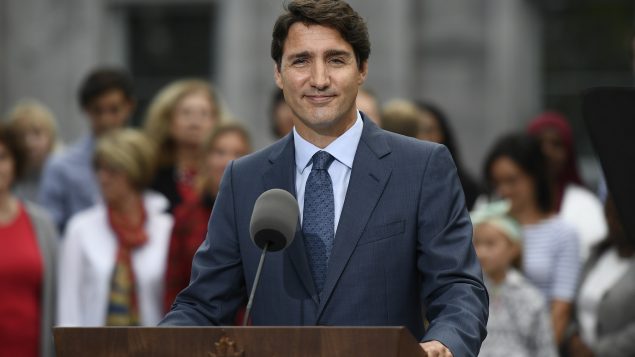 With the opposition Conservatives breathing down his neck and lingering questions about his handling of a criminal case against Canadian engineering giant SNC-Lavalin, Prime Minister Justin Trudeau launched a federal election campaign Wednesday, asking Canadians to give his Liberal Party another four years in power.

Trudeau visited Governor-General Julie Payette at her official residence at Rideau Hall in Ottawa Wednesday morning to ask The Queen’s representative in Canada to dissolve Parliament, setting the stage for Canada’s 43rd general election on October 21.

The 40-day campaign will be nearly twice shorter than the marathon 78-day race that brought the Trudeau Liberals to power in 2015.

The Liberals who are virtually tied with the Conservatives in most polls are facing a tough battle despite the booming economy and low unemployment levels not seen in decades.

Trudeau listed his government’s accomplishments ranging from “dramatic” drop in poverty levels in Canada, low unemployment, tax cuts for the middle class, improved pension plans for the seniors, renegotiating a crucial trade agreement with the U.S. and Mexico, efforts to fight climate change and reconciliation with Canada’s Indigenous communities.

“We’ve done a lot together these past four years, but the truth is, we’re just getting started,” Trudeau told reporters in Ottawa. “So Canadians have an important choice to make: will we go back to the failed policies of the past, or will we continue to move forward?” 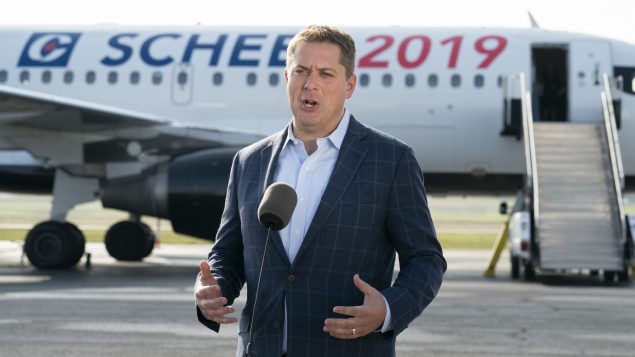 However, Conservative Leader Andrew Scheer said Trudeau has “lost the moral authority to govern” over this government’s handling of the SNC-Lavalin scandal and the criminal case over alleged bribes paid by the engineering company to secure construction contracts in Moammar Gadhafi’s Libya.

On Tuesday evening The Globe and Mail newspaper reported that a police probe into potential obstruction of justice in the SNC-Lavalin affair has been hindered because the federal government won’t lift cabinet confidentiality for all witnesses.

Last month, Ethics Commissioner Mario Dion found Trudeau violated the Conflict of Interest Act by trying to pressure former attorney general Jody Wilson-Raybould to overrule a decision by the director of public prosecutions to deny a deferred prosecution agreement to the Montreal-based company, which faces corruption charges over its dealings in Libya. 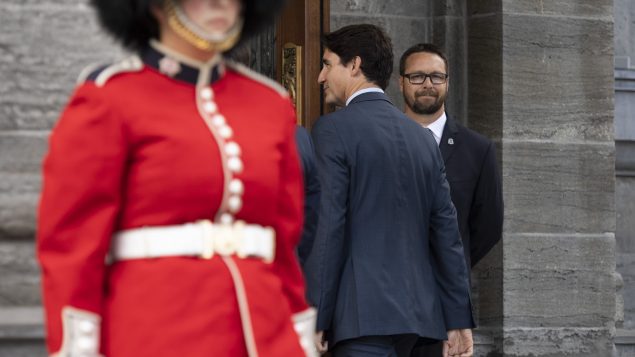 On Wednesday, Trudeau denied reports that his government is hindering the probe by the Royal Canadian Mounted Police (RCMP), Canada’s national police force, into potential obstruction of justice by the Prime Minister’s Office.

“We gave out the largest and most expansive waiver of cabinet confidence in Canada’s history,” Trudeau said.

A Liberal campaign spokesperson said that, as of today, the national police force has not contacted any current or former PMO staff for documents or interviews related to the SNC-Lavalin affair.

The prime minister also side-stepped questions about whether he thinks he made any personal mistakes in the affair.

“My job as prime minister is to be there to stand up for and defend Canadians’ jobs,” Trudeau said.

Fight for the left-of-centre voters 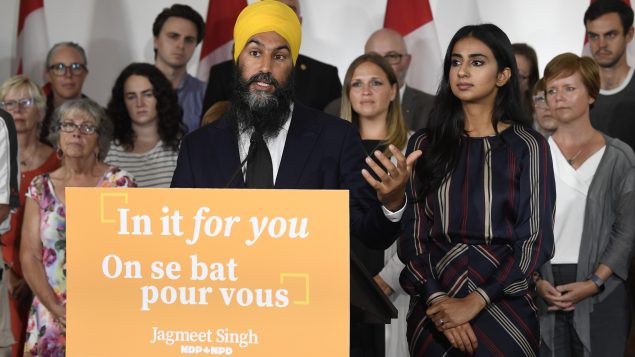 “What I’m hearing from people is that they’re done with governments that seem to prioritize making it easier for the very rich and harder for them,” Singh said while kicking off his first campaign as party leader in London, Ontario.

“I’m confident people will see in us champions who want to put them at the centre and heart of everything we do.”

But the NDP is also facing a growing challenge from the Green Party of Canada as it struggles to retain its positions. 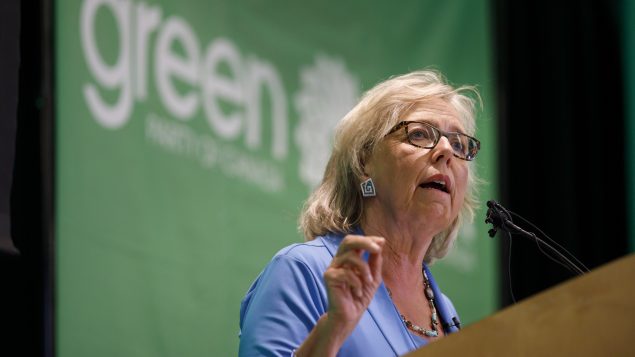 Green Party of Canada Leader Elizabeth May speaks in Toronto prior to a fireside chat about the climate, Tuesday, Sept. 3, 2019. (Cole Burston/THE CANADIAN PRESS)

Green Party Leader Elizabeth May launched her campaign in British Columbia where she hopes to build on the party’s momentum and propel the Greens ahead of the NDP as the third largest party in the House of Commons.

Building up a new party and reanimating an old one

The upstart People’s Party of Canada, led by former Conservative leadership hopeful Maxime Bernier, hopes to capitalize on the populist sentiment that has been bubbling below the surface across Canada and was instrumental in bringing to power President Donald Trump south of the border in the United States. 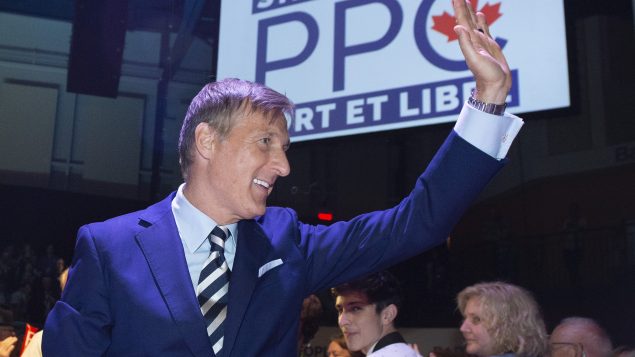 Maxime Bernier, Leader of the People’s Party of Canada, waves to supporters at the launch of his campaign, Sunday, August 25, 2019 in Sainte-Marie Que. (Jacques Boissinot/THE CANADIAN PRESS)

Political analysts expect the separatist Bloc Quebecois party, which presents candidates only in the province of Quebec, to try to stage a political comeback and prove that talk of their demise is premature.