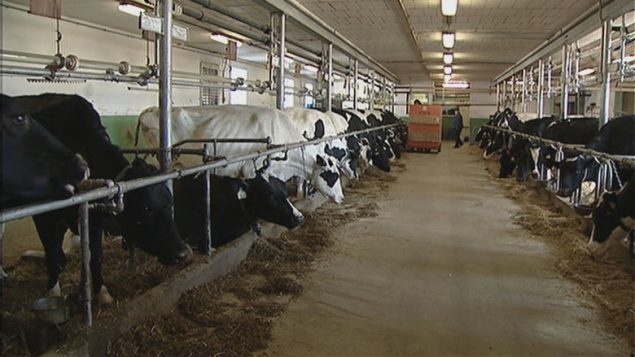 Before they closed by the Conservative government in 2012, Canada's prison system included a handful of farms where inmates worked to provide milk and eggs and other produce for the penitentiary as well as local food banks.The head of the group Evolve Our Prison Farms, Calvin Neufeld, says that model is now a thing of the past, even though two farms are re-opening in Kingston, Ontario. (CBC)

Kingston activists not happy with direction prison farms are headed

Maybe all that appears to glitter ain’t necessarily the gold it was touted to be.

Case in point: a couple of weeks ago, I wrote a story about the reopening of two prison farms in Kingston, Ontario.

Seemed pretty straight forward: a victory for decency, I wrote, about local residents helping to restore two of the six prison farms that were closed across the country by the former Conservative government in 2010. 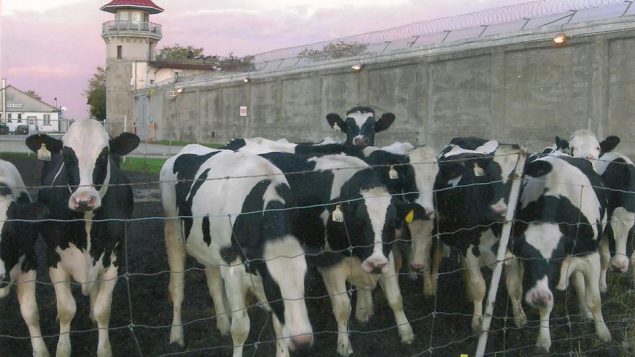 Members of the beloved Pen Herd are seen prior to closing of prison farms nearly a decade ago. (Courtesy: Evolve Our Prison Farms)

Well, to use and old farmland expression, “Hold your horses, my friend.”

Turns out that maybe the return may not be all it’s being cracked up to be.

Shortly after the article appeared, I received an email from Calvin Neufeld, who heads an organization called Evolve Our Prison Farms. 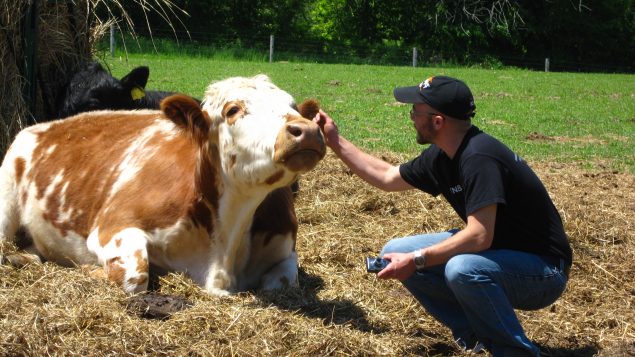 “Prison farms can be a model of justice,” says Neufeld (seen feeding a sanctuary cow). “Kingston is the penitentiary capital of Canada and I believe it can also be Canada’s voice of conscience for prisons and prisoners. We are holding onto a beautiful vision of what’s possible. (Courtesy: Evolve Our Prison Farms)

Neufeld, who became involved in prison-farming activism in 2016, was not happy with the article and others detailing the event, nor is he happy with the direction the two Kingston prison farms are headed, which Neufeld says, is Correctional Services Canada running a for-profit industrial goat dairy farm.

Running such a farm, Neufeld says, will result in a failure to bring back the therapeutic programs that worked so well for prisoners before the institutions were closed.

Evolve Our Prison Farms also has a lot of problems with prisoners being used as labour to serve private enterprise.

No one is certain to whom the milk will be marketed though a new Feihe International infant formula factory is being constructed between the two prison sites in Kingston.

Correctional Services Canada says no contracts have been signed.

Neufeld and his organization continue to stage protests to get Correctional Services Canada to return to the original model that prompted almost a decade of demonstrations to restore the prison farms after they were closed. 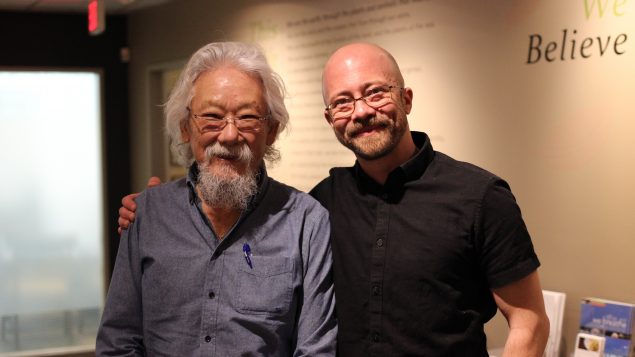 Neufeld says 14,000 people, including David Suzuki (seen above with Neufeld), Margaret Atwood and Elizabeth May, prominent Canadians all, have lent their support to his cause.

I spoke by phone with Neufeld at his home near Kingston.