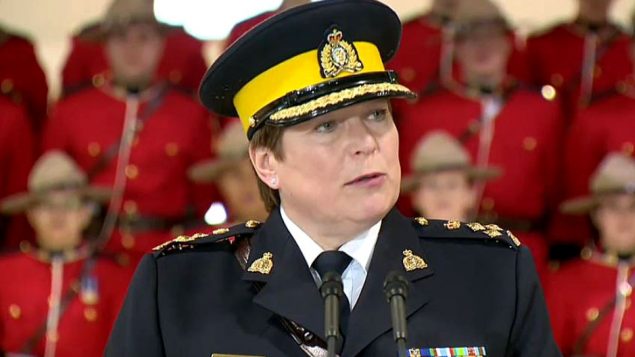 Brenda Lucki speaks in Regina after being named the 24th commissioner of the RCMP. Lucki says charges against a senior employee of the RCMP for alleged criminality under the Criminal Code and the Security of Information Act have shaken many people throughout the RCMP. (CBC)

Reeling from the arrest of one of its high-ranking intelligence employees, Canada’s national police force is assessing possible damage the alleged mole may have caused to Canada and its allies, the head of the Royal Canadian Mounted Police (RCMP) said Monday.

RCMP Commissioner Brenda Lucki said charges against Cameron Ortis for alleged offences under the Criminal Code and the rarely used Security of Information Act have shaken many people throughout the federal police force, which also deals with highly sensitive national security investigations.

“This is an ongoing investigation and we are assessing the impacts of the alleged activities as information becomes available,” Lucki said in a statement. “We are aware of the potential risk to agency operations of our partners in Canada and abroad and we thank them for their continued collaboration. We assure you that mitigation strategies are being put in place as required.” 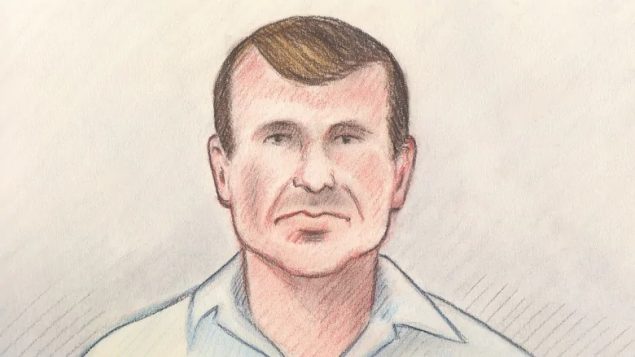 Cameron Ortis made his first court appearance in Ottawa last week. The civilian employee with an RCMP intelligence team faces several charges under the Security of Information Act. (Sketch by Laurie Foster-MacLeod for CBC News)

An expert on cybersecurity and East Asia, Ortis had been with the RCMP since 2007 and has held positions in Operations Research and National Security Criminal Investigations, Lucki said.

“I think people will understand I can’t make any public comments on this, but I can assure you this is something that the responsible authorities are engaged with at the highest levels, including with our allies,” Trudeau told reporters during a campaign stop in Waterloo, Ontario, when asked how this case might affect Canada’s international relationships.

He appeared briefly Friday afternoon in an Ottawa courtroom via video link. His case was put over to Sept. 20 and he remains in custody.