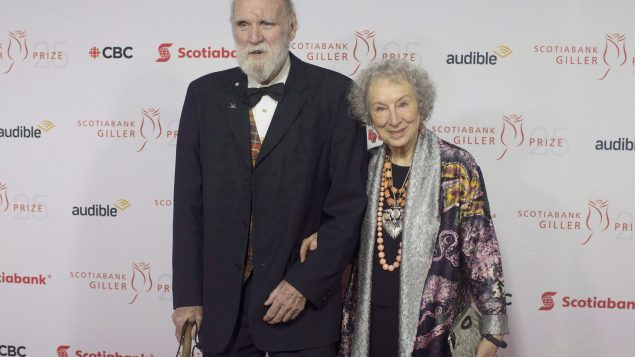 “We are devastated by the loss of Graeme, our beloved father, grandfather and spouse, but we are happy that he achieved the kind of swift exit he wanted and avoided the decline into further dementia that he feared,” Margaret Atwood, Gibson’s longtime partner, said in a statement Wednesday.

“He had a lovely last few weeks, and he went out on a high, surrounded by love, friendship and appreciation. We are grateful for his wise, ethical and committed life.”

Kristin Cochrane, CEO of Penguin Random House Canada, said she was deeply saddened by the death of such a beloved and distinguished author.

“Graeme was a friend to several generations of Canadian writers,” Cochrane said in a statement. “As a founding member of both the Writers’ Trust of Canada and the Writers’ Union of Canada, his influence on the lives of writers in this country has been profound and far-reaching.”

Born on Aug. 9, 1934, in London, Ontario, Gibson was the author of the novels Five Legs, Communion, Perpetual Motion, and Gentleman Death.

His non-fiction work included Eleven Canadian Novelists (for which he interviewed his future partner Atwood), The Bedside Book of Birds and The Beaside Book of Beasts.

In addition to co-founding both the Writers’ Trust of Canada and the Writers’ Union of Canada, Gibson served as the president of PEN Canada, was the recipient of the Harbourfront Festival Prize and the Toronto Arts Award, and was invested into the Order of Canada in 1992.

A committed conservationist, he was a council member of WWF Canada and chairman of the Pelee Island Bird Observatory.

For the past several decades he lived in Toronto with Atwood.

He is survived by Atwood, their daughter Eleanor Jess, sons Matt and Grae from his previous marriage to publisher Shirley Gibson, and grandchildren.