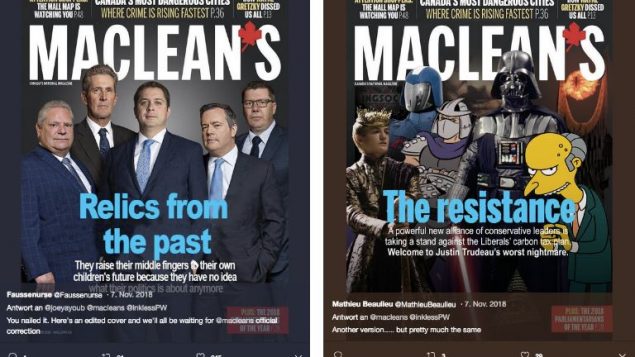 Memes have become a fixture of our online popular culture but now a study headed by a Concordia University professor wants to look at the impact of memes on Canadian politics and our political culture.

Fenwick McKelvey is an associate professor of communication studies in the Faculty of Arts and Science at Concordia University in Montreal.

“Memes are easily modifiable, remixable images that are collectively created online and shared,” McKelvey said. “They’re kind of the popular culture that people are creating.”

There are a variety of ways memes can be used in our everyday online conversations, he said.

“We might insert a GIF or meme in context,” McKelvey said. “We might see people create memes to comment or represent their everyday life, like ‘here’s how I’m feeling.’ And we also see memes circulate trying to frame and describe politics, political views and opinions.”

The new project launched by McKelvey will become the first major study looking at memes in elections in Canada.

“I think that memes are jokes shared in part by partisan communities,” McKelvey said. “And how people come to find a meme funny or what’s a good meme in part is about forming a collective identity about why people care and ultimately believe certain things in politics.”

McKelvey, with some help of undergraduate students in his political communication class, plans to roll out the project on Oct. 1 and they will track memes until the end of the election on Oct. 21.

Over the next few weeks into the election, McKelvey and his students will track the most popular and most frequently shared memes during the Canadian federal election and analyze their political significance.

They will also discuss how partisans differ in how they produce, modify and share memes in Canada and they will map how memes circulate online.

And they’re looking for help from the general public, McKelvey said.

“At the end of the project, we will collect our analysis to create The Great Canadian Encyclopedia of Political Memes,” he said. “Modeled after Know Your Meme, we will collect significant memes and tell their stories.”

More details about his upcoming research can be found at the Algorithmic Media Observatory.