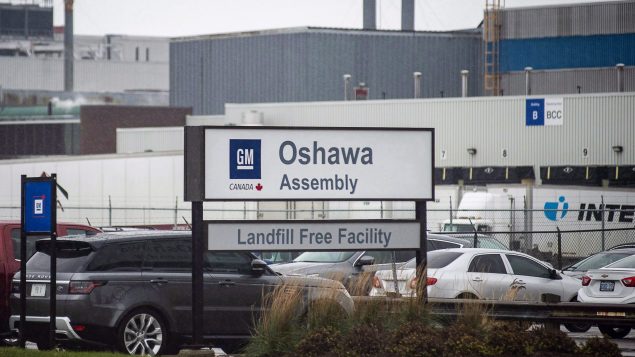 GM stops vehicle assembly in Oshawa due to disruption from U.S. strike

General Motors has halted all vehicle production at its assembly plant in Oshawa, Ontario, as a result of a strike by the United Auto Workers union in the United States, the car maker confirmed Friday.

The halt in production means about 1,850 unionized workers have been temporarily laid off with pay.

The company stopped truck production on Tuesday, sending about 1,200 hourly workers home due to a lack of parts as more than 30 GM operations in the U.S. are shut because of the strike by some 49,000 UAW workers.

On Friday GM also halted production on its flex line that produces the Chevrolet Impala and employs about 650 workers.

“We can confirm that stamping operations in Oshawa and production at GM Canada’s operations in Ingersoll and St. Catharines continue today but we have seen disruption of our vehicle assembly work at the Oshawa Assembly Plant due to the UAW strike,” the company said in a statement. “We plan to resume these operations as quickly as possible upon resolution of the UAW strike.”

Workers will be paid during the temporary layoffs, according to Unifor, the union for the Canadian workers. GM has scheduled the Oshawa line to close at the end of the year.

North American auto assembly is highly integrated, with plants in Canada reliant on parts coming from the U.S. and Mexico.

United Auto Workers members at GM’s U.S. operations walked off the job for the first time in over a decade on Monday over issues including wages, health care, and job security.