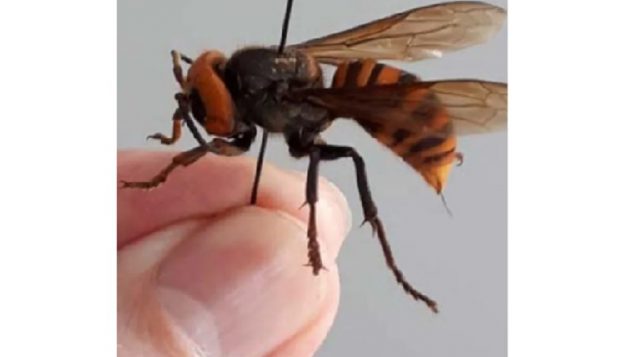 Invasive and destructive giant Asian hornets have been found on Vancouver Island, (B.C Ministry of Agriculture)

Various Canadian agencies concerned with the environment have been battling invasive species for years, and now a destructive new threat has arrived.

A giant hornet from Asia has now joined threats from the invasive fish species known as Asian carp and the emerald ash borer also from Asia. 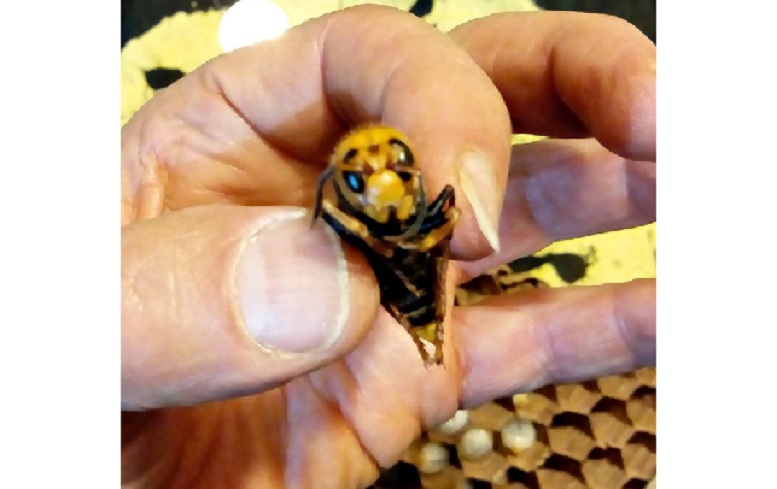 The giant hornets can grow from 1.5 to 2 inches (3-5cm) with even larger wingspans (via Nanaimo Bulletin)

The invasive hornet are the largest of hornet species and feed on insects including pollinating bees. They can destroy a beehive in short order. Their sting can be very painful because of the powerful venom.

In August, reports came to the British Columbia Ministry of Agriculture of giant hornets spotted in Nanaimo on Vancouver Island. Beekeeping experts later were able to locate and track the bees to their underground nest. They then stunned the insects using carbon dioxide from fire extinguishers before collecting them and placing most of them in alcohol. 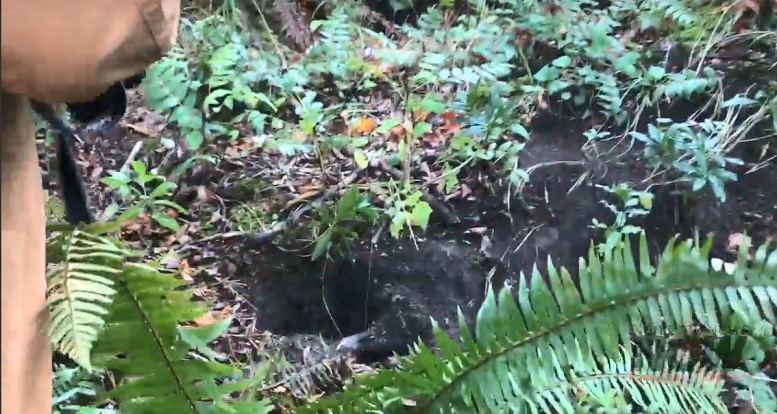 Because they nest underground they can be hard to find. The nest was found by experts in a heavily wooded area near a park (via Nanaimo News-video)

The giant hornets, about 150 of them, were recovered and will now be preserved and studied for information about their origins and other aspects.

However, some people have spotted a few survivors, and officials and bee experts are investigating reports of a second nest. 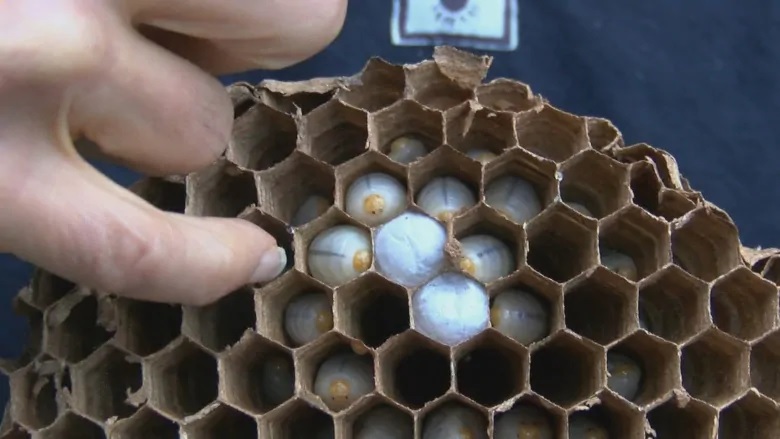 The experts later removed pupae in the nest. They are now investigating the possibility of a second nest (CHEK News-via CBC)

Meanwhile, other invasive threats include the Asian carp  which has caused havoc in some American waterways. It has been seemingly contained so far in Canada. However, the invasive emerald ash borer beetle has destroyed literally millions of majestic ash trees across much of the U.S and Canada.  It is thought the  beetles arrived in wood packing crates or pallets from Asia in 2002. Efforts have long been underway to stop its destruction, but so far to little avail. The spread of the beetle and the destruction are raising fears the ash tree may not survive in North America.