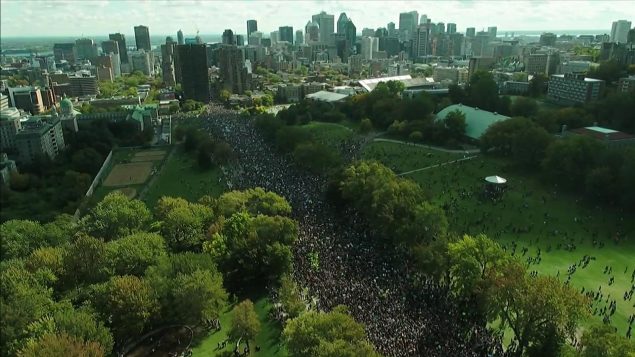 Hundreds of thousands of Canadians march in Global Climate Strike

Hundreds of thousands of people are expected to march across Canada on Friday in support of the Global Climate Strike movement, demanding action against climate change.

More than 80 cities across the country are taking part in the protest, but the largest march is expected in Montreal, where Swedish environmental activist Greta Thunberg will join nearly 300,000 protesters expected to fill the city’s streets for the largest protest in its history.

Many schools, colleges and universities in Montreal have cancelled classes to allow students to take part in the march which will be joined by several Indigenous leaders, federal, provincial and municipal politicians, including Prime Minister Justin Trudeau who met with Thunberg prior to the march.

Speaking to the media before the march began, Thunberg said she told Trudeau what she’s been telling everybody else.

“My message to all the politicians around the world is the same, ‘Just listen and act on the current best available united science,’” Thunberg said. 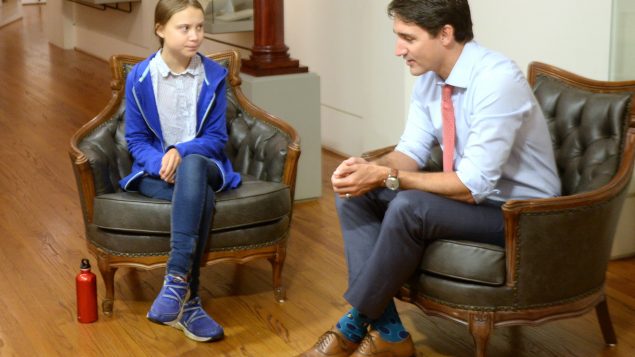 Friday’s march comes in the middle of a very close federal election campaign where the Liberals led by Trudeau are seeking another term.

The protesters, many of whom are not old enough to vote, are demanding politicians adopt a climate action plan to reduce carbon dioxide emissions to zero by 2050.

Thunberg said instead of singling out individual politicians she wants people realize that they have to change a whole system.

“Of course it’s easier to blame someone and, of course, he [Trudeau] has a lot of responsibility and he is, of course, not doing enough but this is such a huge problem, this is the system that is wrong,” Thunberg said.

The presence in Montreal of Thunberg, the Swedish teen whose environmental activism has made headlines around the world, has created even more interest in the march.

Thunberg, who has invited Indigenous youth and leaders to take part of in the march, said the rest of the world has a lot to learn from them.

“Indigenous people have for centuries and millennia protected the local environment and they are often the ones who are on the frontline, we need to be able to hear their voices,” Thunberg said. “That’s why I think it’s so important that Indigenous people lead this fight.”

When asked what she makes of attacks against her by powerful politicians, Thunberg said she takes them “as a compliment.”

“I don’t understand why grownups would choose to mock children and teenagers for communicating and acting on the science when they can do something good instead,” Thunberg said.

“But I guess they must feel like their world view or their interests – whatever it is – is threatened by us, and we should take as a compliment that we are having so much impact that people want to silence us.”

Addressing the gathering crowd, Thunberg said she did not have a prepared speech but she was thrilled to be among people gathered for “a common cause.”

“That is very empowering and it is very moving to see everyone … of all generations and ages. It is a very good day, I would say,” she said.

The 16-year-old environmental activist is expected address the crowds at the end of the march at around 5 p.m. local time (21:00 GMT).