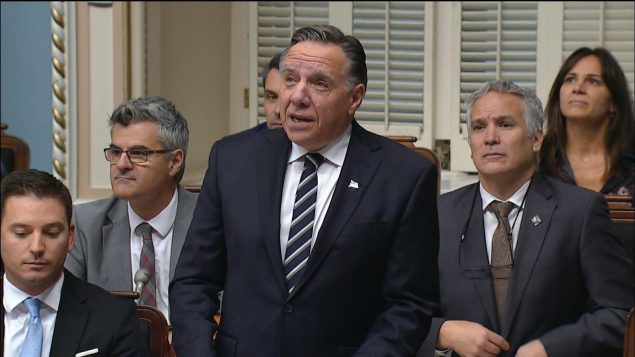 Quebec Premier François Legault delivered the apology to Indigenous peoples, on behalf of the province, on Wednesday, Oct. 2, 2019, at the National Assembly. (CBC)

Quebec Premier François Legault apologized to the province’s Indigenous and Inuit inhabitants Wednesday, saying successive provincial governments have failed to address the discrimination and prejudice experienced by them over the decades.

“I offer Quebec’s First Nations and Inuit people the most sincere apology from the entire state of Quebec,” Legault said addressing the provincial legislature.

“The state of Quebec has failed in its duty to you.”

Legault’s apology at the National Assembly in Quebec City, witnessed by Indigenous and Inuit leaders, followed a damning report by a provincial public inquiry, which concluded that Quebec’s First Nations and Inuit face “systemic discrimination” as a result of provincial laws, policies and deeply ingrained prejudices.

‘Necessary but not enough’ 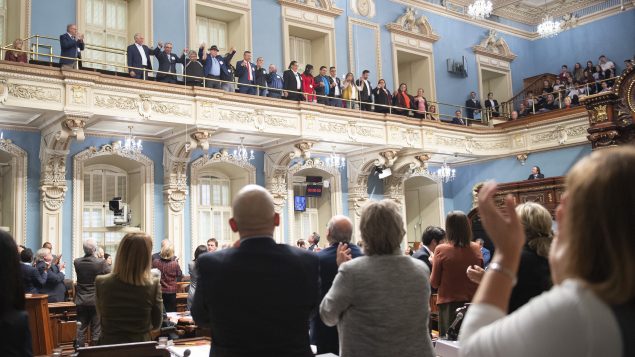 The apology topped the list of 142 calls to action released Monday by retired Superior Court justice Jacques Viens as part of his 520-page report on relations between Quebec’s Indigenous Peoples and the provincial government.

The Public Inquiry Commission also called on the Quebec legislature to adopt a motion recognizing and implementing the United Nations Declaration on the Rights of Indigenous Peoples. Viens also urged the National Assembly to adopt legislation ensuring that the provisions of the UN declaration are incorporated into Quebec’s legislative corpus.

Legault said he would study all the recommendations and work with Indigenous groups to improve the situation.

“This apology is necessary, it’s very important but it’s not enough,” Legault said. “We must understand the reasons that led to this situation and we have to make changes.”

Ignorance of realities experienced by Quebec’s Indigenous communities causes “tremendous harm,” Legault said, vowing to do more to fight deeply ingrained stereotypes about the First Nations and Inuit people of the province.

‘A clear lack of sensitivity’ 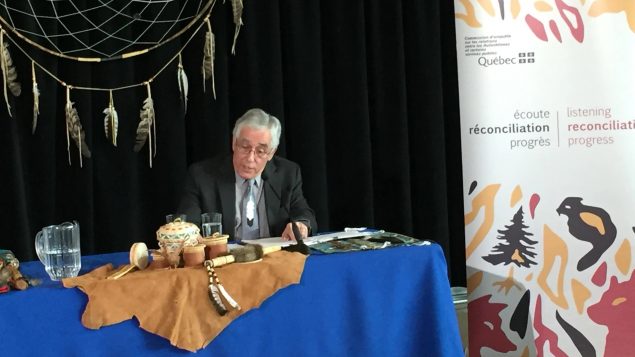 The public inquiry was launched in December 2016 by the former Liberal government, under pressure to act in the wake of a Radio-Canada investigation into allegations of police misconduct against Indigenous women in the town of Val-d’Or, about 525 kilometres northwest of Montreal.

The commission was given a broad mandate to look into the treatment of First Nations and Inuit people in Quebec by the public service, including health care and youth protection agencies, the correctional system, justice and police over the last 15 years.

The commission heard or received submissions from more than 1,000 people.

“After 38 weeks of hearings in Val-d’Or, Montreal, Quebec, Uashat mak Mani-Utenam, Mistissini, Kuujjuarapik, and Kuujjuaq, and some 1,300 documents filed in evidence, it seems impossible to deny the systemic discrimination experienced by First Nations and Inuit peoples in their relations with public services investigated,” Viens said Monday, presenting the findings in Val d’Or.

Existing government structures and processes show “a clear lack of sensitivity” to the social, geographical and cultural realities of Indigenous peoples, said Viens.

Many existing laws, policies and practices are so discriminatory and inequitable that they seriously affect the quality of government services provided to the First Nations and Inuit in Quebec, he added.

“More than their rights, thousands of people are being robbed of their dignity because they are kept in deplorable living conditions, at the margins of their own cultural referents,” Viens said. “In a developed society like ours, this is simply unacceptable.”